'I felt like I had been sucker-punched:' South Milwaukee woman loses $160,000 to Ponzi scheme 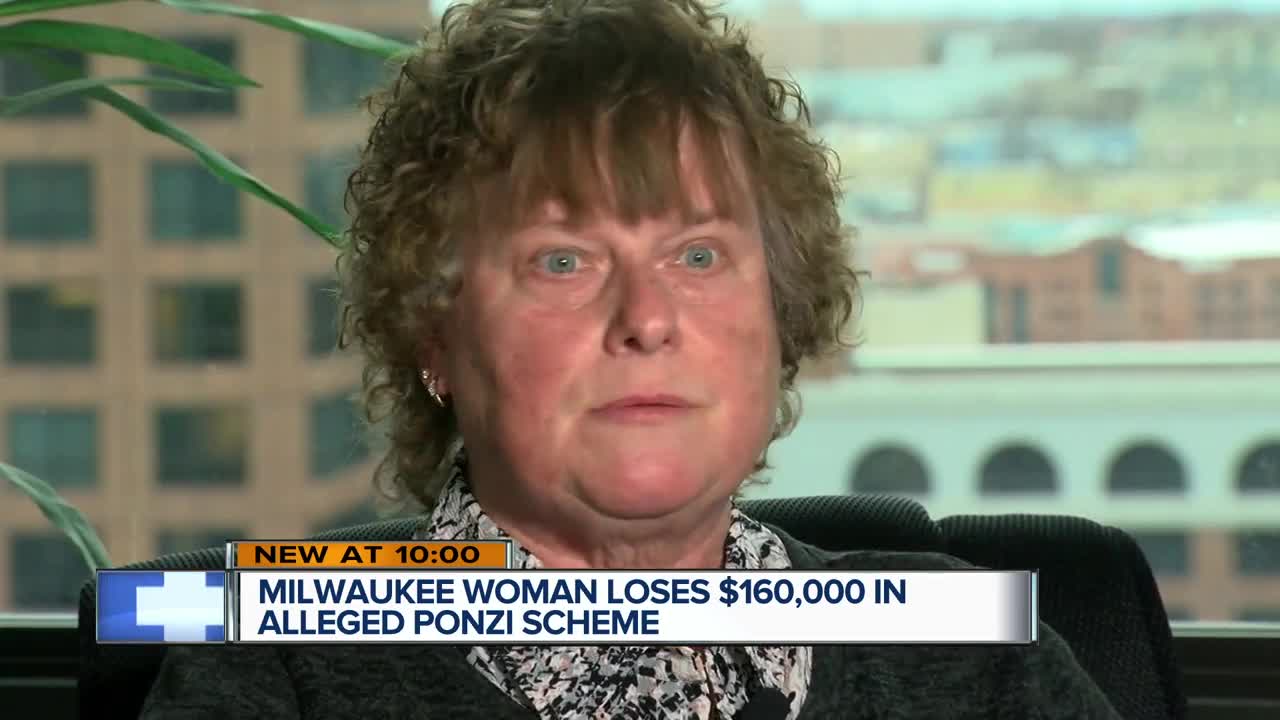 A South Milwaukee woman said she's out $160,000 after a financial advisor invested her money in a nationwide Ponzi scheme.

SOUTH MILWAUKEE — A South Milwaukee woman said she's out $160,000 after a financial advisor invested her money in a nationwide Ponzi scheme.

Maria Fischbach lost her husband two years ago and he left her with funds from a life insurance payout and a retirement fund. She met with a financial advisor who convinced her to invest in a company that would give her monthly payments for the next ten years, but after just three months those payments stopped coming.

Fischbach said she felt lost when it came to investing and several acquaintances suggested a financial advisor named William Doan out of Grafton. A man she came to trust, but not long after the monthly payments of $2,246 came to a halt.

"I had asked him a question, I said, 'Bill, is all my money gone?' And he didn't even give me a forthright answer. He said 'possibly.' Then I was just dumbfounded. I felt like I had been sucker-punched," said Fischbach.

Fischbach said she did some digging into the company Doan advised her to invest with, Future Income Payments L.L.C., known as F.I.P. It didn't take long to realize she was scammed.

"I looked him up on Google and it took me minutes to find out that he's a con artist and a cheat and he has been in legal trouble for years," she said.

Back in September, the owner of F.I.P. Scott Kohn was captured by U.S. Marshals and is accused of operating a $1 billion Ponzi scheme that allegedly targeted thousands of vulnerable people looking for quick cash payments in 25 different states.

"Investors' funds were coming in, were used to pay investors who had invested earlier and there was a point where the whole house of cards comes tumbling down," said Fischbach's lawyer Christopher Stawski.

"Had Mr. Doan done any research whatsoever into Mr. Kohn and his business, he would have known that the funds that he was taking from Maria and investing in this company were never going to be returned to her," Stawski said.

After our calls to Doan weren't returned, TODAY'S TMJ4 showed up at Doan's listed business address, his apartment in Grafton.

"Is there anything you'd like to say about the Ponzi scheme?" our reporter asked.

Fischbach is seeking justice by filing a civil lawsuit against Doan to get her money back, but just as important, she doesn't want anyone else to fall victim to a similar scheme.

"If people say they're financial planners, people should be able to say you are what you say you are and you're going to do and be honest," she said.

Sadly, Stawski said these scams are much more common than people think. He said the best thing you can do when it comes to investing is talk to several advisors, look into their qualifications and do not make quick financial decisions, especially of this size.