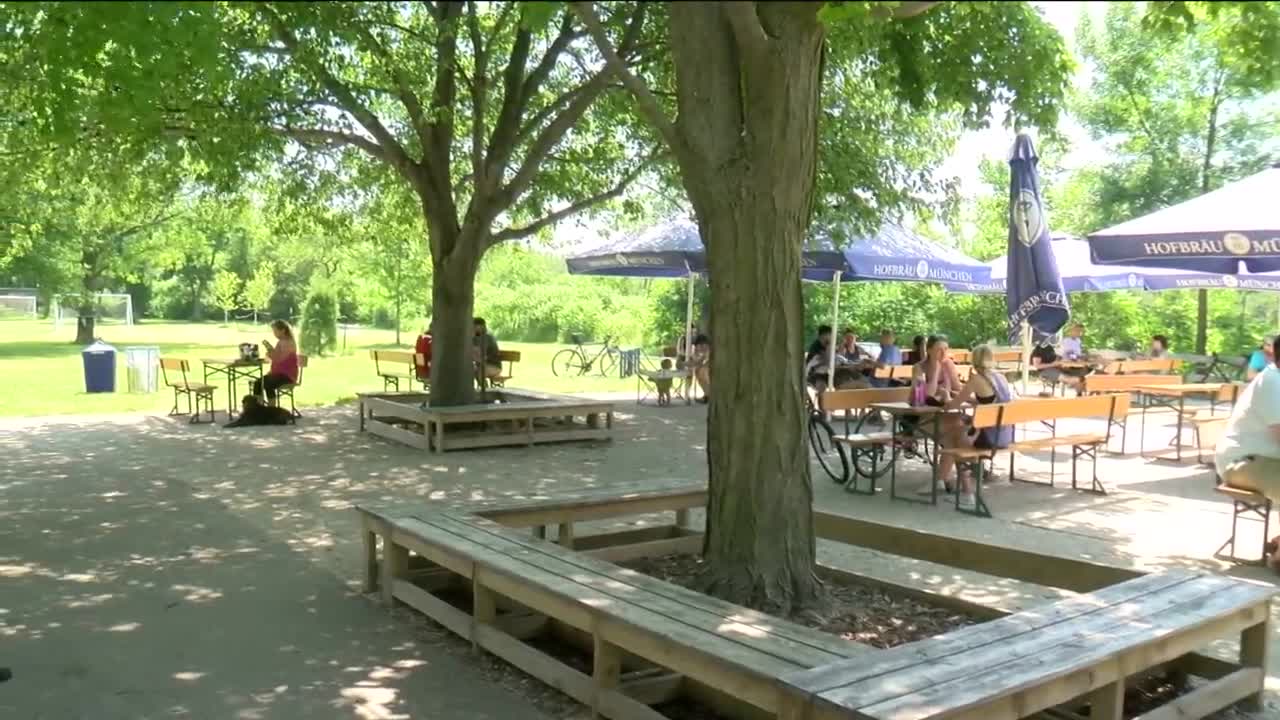 State and local officials are warning people to stay home and be careful this holiday weekend, as the pandemic continues.

MILWAUKEE — Health officials are encouraging people to avoid large parties, gatherings, and stay home this holiday weekend, to help stop the spread of the coronavirus.

According to the Wisconsin Department of Health Services, nearly 20 percent of the total new cases in the state have come in the past two weeks and the number of COVID-19 cases among young people has increased. People in their 20s make up 23 percent of the positive cases compared to 11 percent in April.

At Cooper Park, a group of friends called the Burleigh Boys decided to celebrate the holiday early to avoid large crowds.
Keith Hoene has medical issues and said he is not prepared to be next to a large group of people.

Friday afternoon, people flocked to Bradford Beach to enjoy the warm weather. Beachgoers Brittnay Webb, Maddie Carlson, and Katherine Webb all live together, they said they plan on heading back to the beach tomorrow while implementing safety measures.

Carlson said if it gets too crowded, they are prepared to change their plans.

"I think it's still safe to maintain a distance if it gets so overcrowded that it's uncomfortable then its the safe thing to leave," said Carlson.

At Estabrook Beer Garden, owner Hans Weissgerber III said they are prepared to shut down if the crowd sizes get too big.

"We are interested in staying open, we are not interested in pilling a bunch of people in and then ruin it for everybody. We are committed to social distancing. Follow the rules or we can’t do this," said Weissgerber.

Weissgerber said they have implemented safety measures. All employees are wearing masks and have their temperatures taken. In the garden, only six people are allowed at a table.

"We also tell people there is no congregating between tables, no adding tables...the key metric here is social distancing," said Weissgerber.

Weissgerber said the best advice he can give people for this weekend is to be smart, safe, and err on the side of caution.