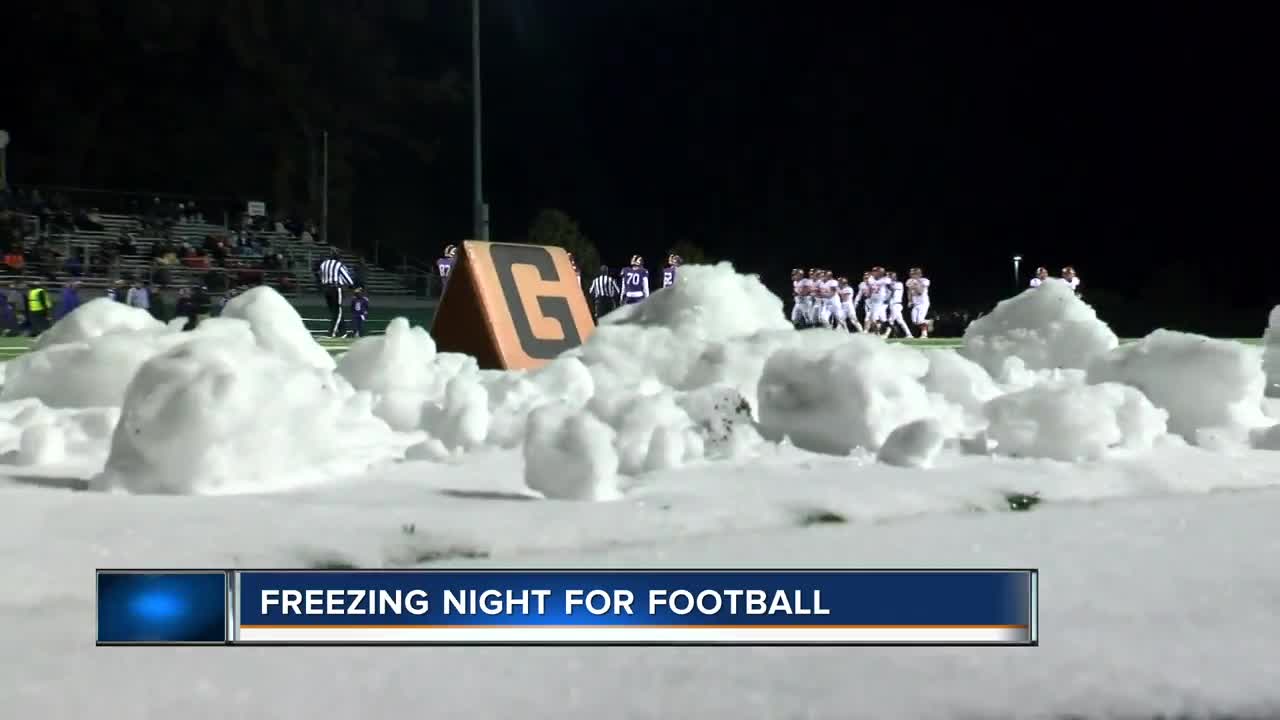 High school football teams that are still in the playoff hunt battled frigid temperatures across Southeastern Wisconsin on Friday night.

Several inches of snow needed to be to be plowed off of the turf and bleachers before Plymouth and New Berlin Eisenhower could take the field at Wisconsin Lutheran College.

Temperatures in the upper 20s had Plymouth High School football players sharing giant coats on the sidelines. Their fans got festive with layers in the stands, but none quite like Bennet Dale who came dressed as Santa Claus.

“It’s cold out, snowing, I saw this in my basement and I was like, ‘it’s a great night for it,’” said Dale.

It was no halloween costume. The Plymouth student section decided that Christmas came early with the snow that we received in November.

“I think I have like 2 sweatshirts on, a long sleeve shirt, three pairs of pants, my winter coat,” said student Tori Robinson.

Over in Menomonee Falls, heaters warmed players on the sidelines. Parent Amy Dethloff said that the concessions stand was there to help the fans.

With the next round of the playoffs on the line, student Clay Lynde said all he needs is to feed off of the crowd’s energy.

“We’ll be jumping around, screaming and yelling, getting into the game, that will keep me warm,” he said. “Hopefully I’m sweating. That’s the goal.”