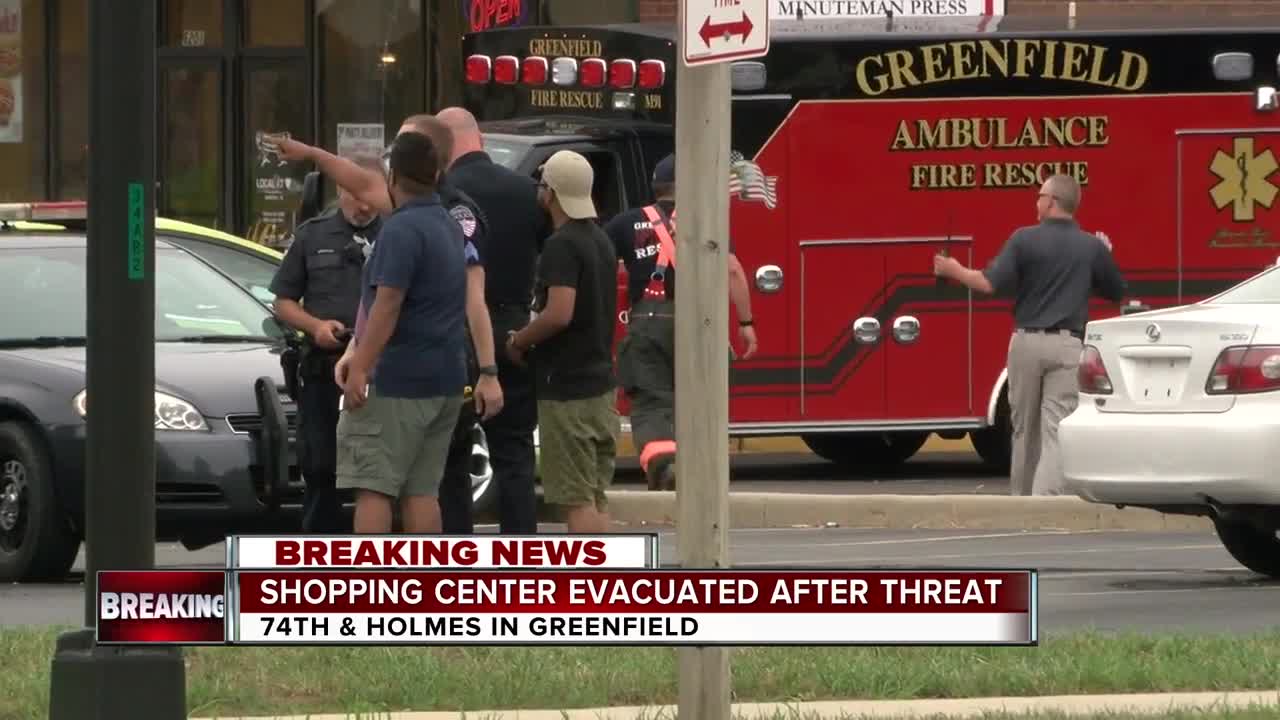 A suspicious package caused a large police presence and an evacuation order at a shopping center in Greenfield Sunday afternoon.

A suspicious package caused a large police presence and an evacuation order at a shopping center in Greenfield Sunday afternoon.

Greenfield Police said they received a 911 call around 1:30 p.m. from the Dollar Tree off South 27th Street saying there was a suspicious package in the store.

For a couple of hours, squad cars blocked of the strip mall and West College Avenue from 27th to as far as 35th Street. What looked like an armored swat vehicle also remained on scene.

After conducting a search with the help of the Milwaukee County Sheriff's Office, police determined the building was safe.

Workers at the Cousins Subs in the shopping mall said it was a scary moment when officers told them they had to evacuate.

“Cars started like evacuating out of the parking lot like single file. All the cars started leaving. We saw people like running to their cars,” Dosy Al-Haider, who works at Cousins Subs, said.

“Definitely not something I would think would happen working here for three years so I’ve never seen anything like it," Cousins Subs' Manager, Kaitlyn Zwicke said.