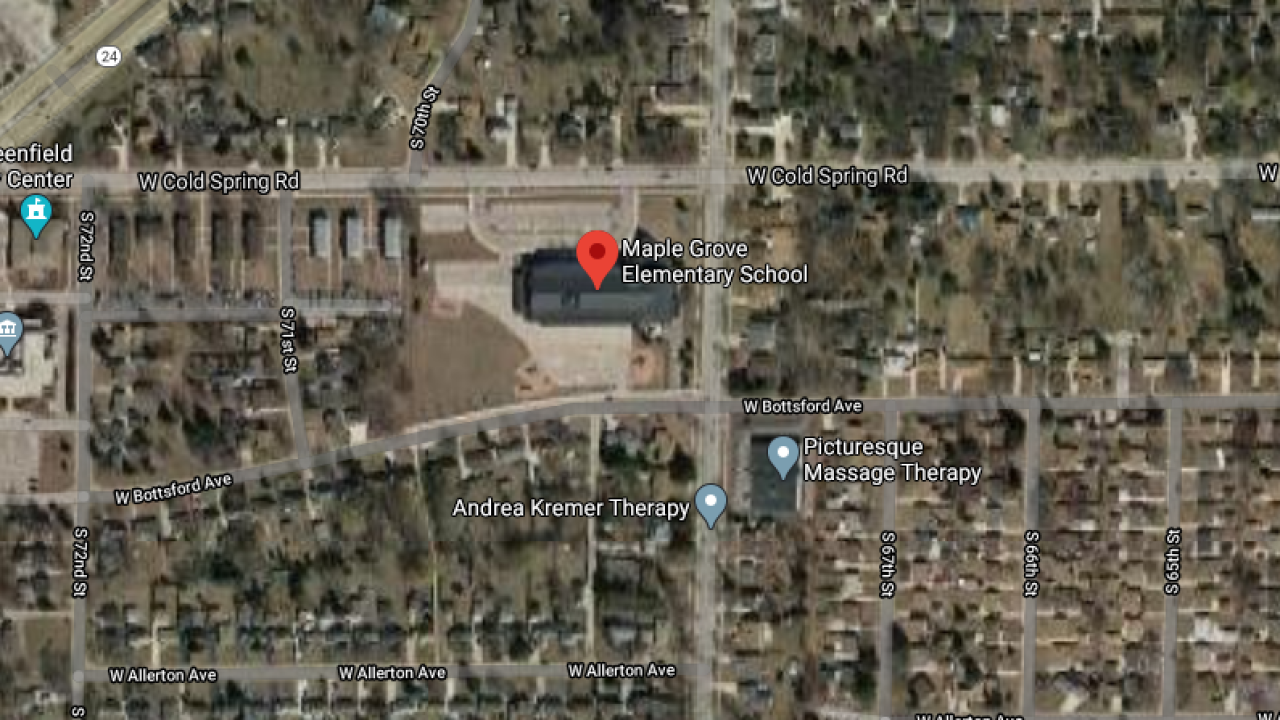 GREENFIELD — Police have found the driver involved in an attempted child enticement and are now saying she was a "well-intentioned neighborhood resident."

The School District of Greenfield said the incident happened on W. Cold Spring Road at 8:30 a.m. on Wednesday. A Maple Grove student was walking to school when a car approached the student and the driver offered a ride to school.

Police said the woman offered the student a ride to school rather than letting the student walk to school due to cold temperatures.

"While the invitation was well-intended, it is a good opportunity to remind your children about the dangers of getting into cars with people they do not know," said the police department.