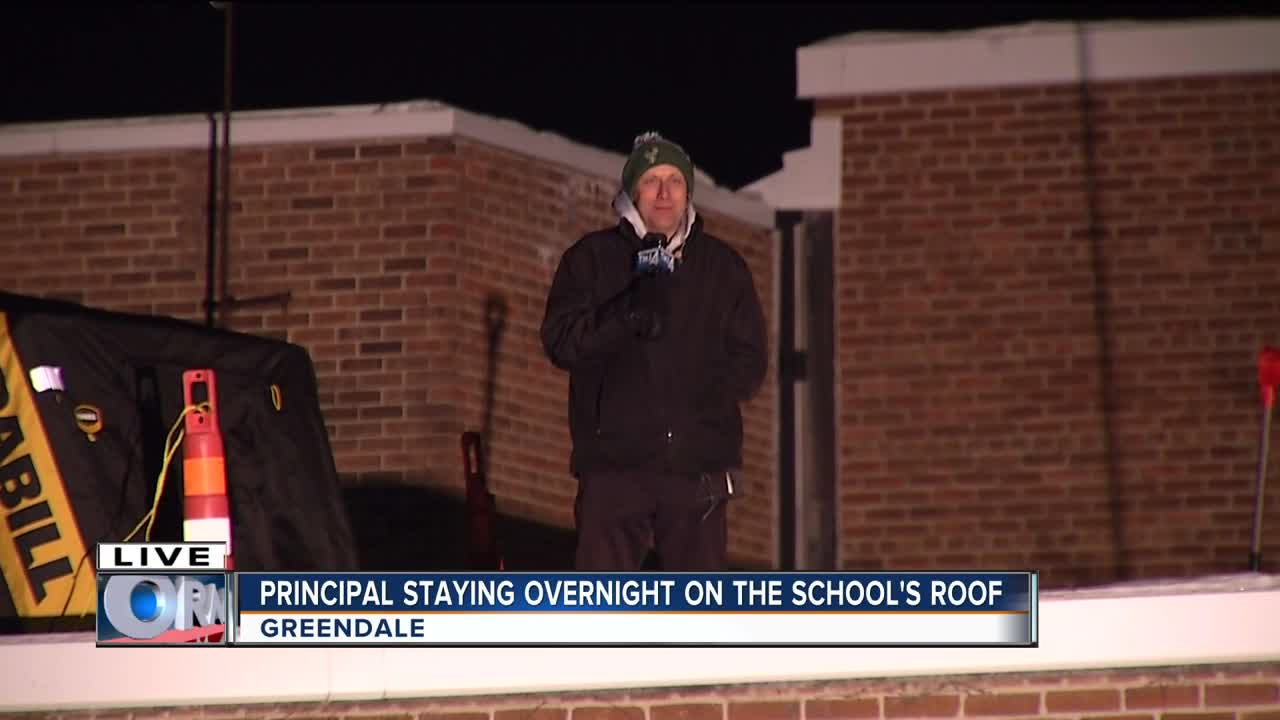 Weiss is spending the night outside on the roof of his school after his students raised thousands of dollars for charity.

The principal said if the students met a fundraising goal ($3,000) through the 2020 Penny Wars for Special Olympics Wisconsin, he would spend the night on the school's roof. and then run 10 miles to the Milwaukee County Zoo.

The students and community raised $3,508.64, and Weiss is making good on his promise.

Watch his video announcement to students:

Weiss will depart Greendale Middle School at 9:20 a.m. Saturday morning to run to the Milwaukee County Zoo and take the Polar Plunge.