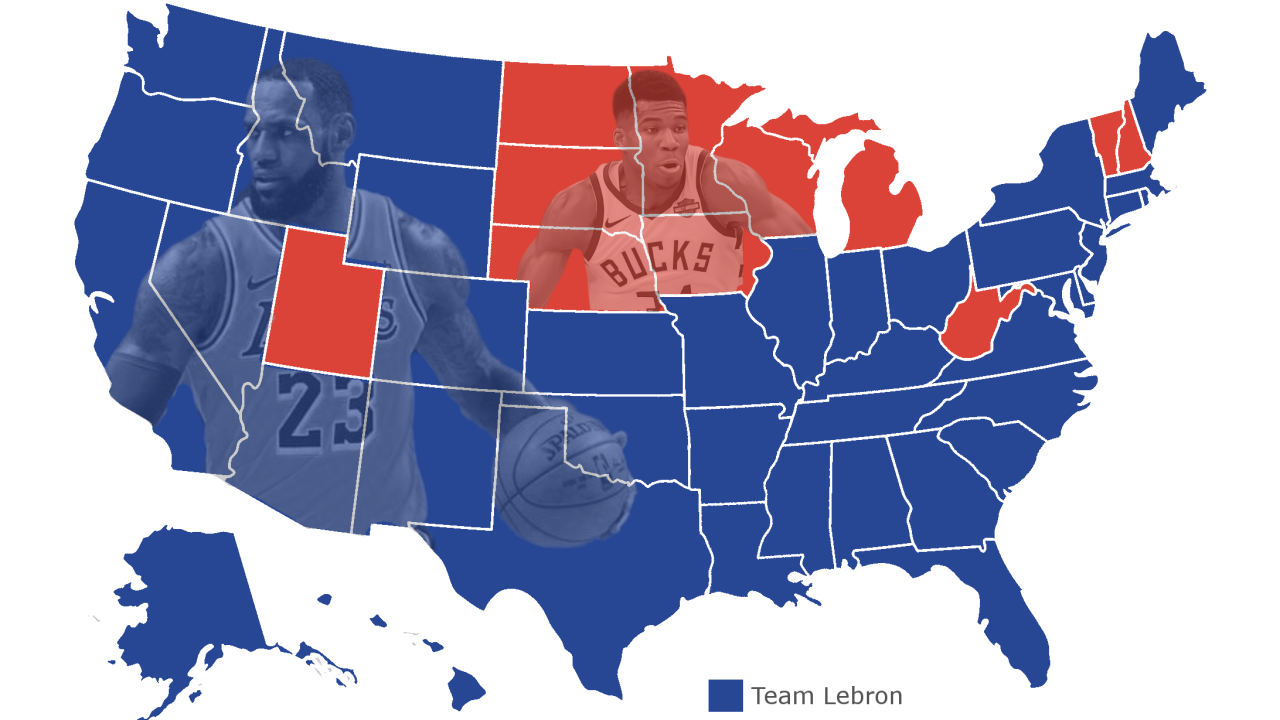 Twitter data, tracked over the past week, indicates America favors Team LeBron over Team Giannis in this weekend's NBA 2020 All Star Game.

The map was put together by betonline.ag, based on geotagged twitter data for the past week, including hashtags such as #TeamGiannis or #TeamLeBron.

Colors for the map are based on the newly-revealed jerseys for Sunday's game.

The numbers chosen for these examples are tributes to Kobe Bryant and his daughter Gianna, recently killed in a helicopter crash along with seven others.