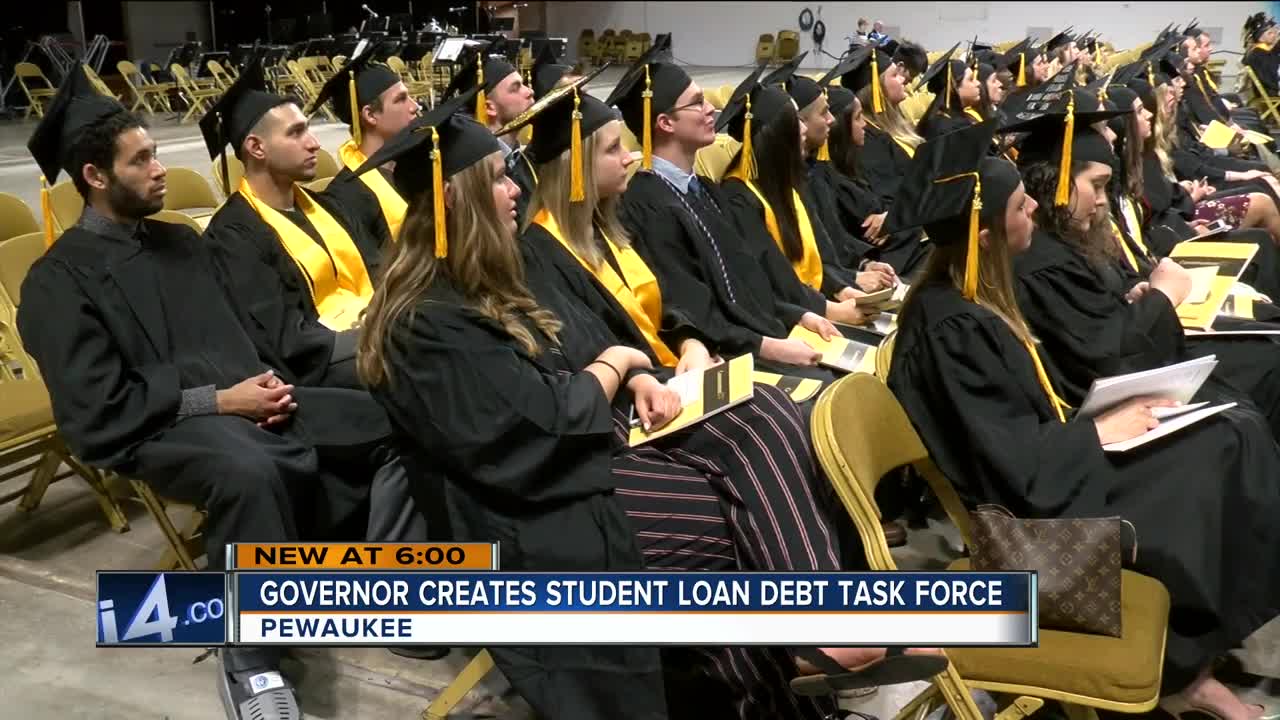 Americans owe about $1.5 trillion in student loans. Governor Evers cited data that indicates nearly two out of three students in Wisconsin that graduated in 2018 have an average loan debt of more than $30,000.

Americans owe about $1.5 trillion in student loans. Governor Evers cited data that indicates nearly two out of three students in Wisconsin that graduated in 2018 have an average loan debt of more than $30,000.

"Deciding how much debt to take on to go to college is perhaps the first serious financial decision a lot of students make. Unfortunately, many don't fully consider the ramifications of that debt until it's too late," said Kathy Blumenfeld, Department of Financial Institutions Secretary.

After graduation, mounting piles of student loan debt can deter people from starting a family, starting a business, or buying a house.

"That is ultimately holding back our state and our economy," said Governor Tony Evers.

Maricha Harris attended Alverno College in Milwaukee. She says she missed two $25 payments on her student loan. She was penalized and eventually had to choose between keeping her car or moving.

"Despite the fact that I was still prioritizing work while taking care of my children, in particular, my son who had some health challenges at that time, my student loan debt holders were not satisfied," said Harris.

"Student debt is not going to go away any time soon but this task force will be a meaningful first step in addressing a crisis in our state," said Evers.

The governor did not set a deadline on when he wants to see action on student debt, but he is hopeful something can get done before the next budget.