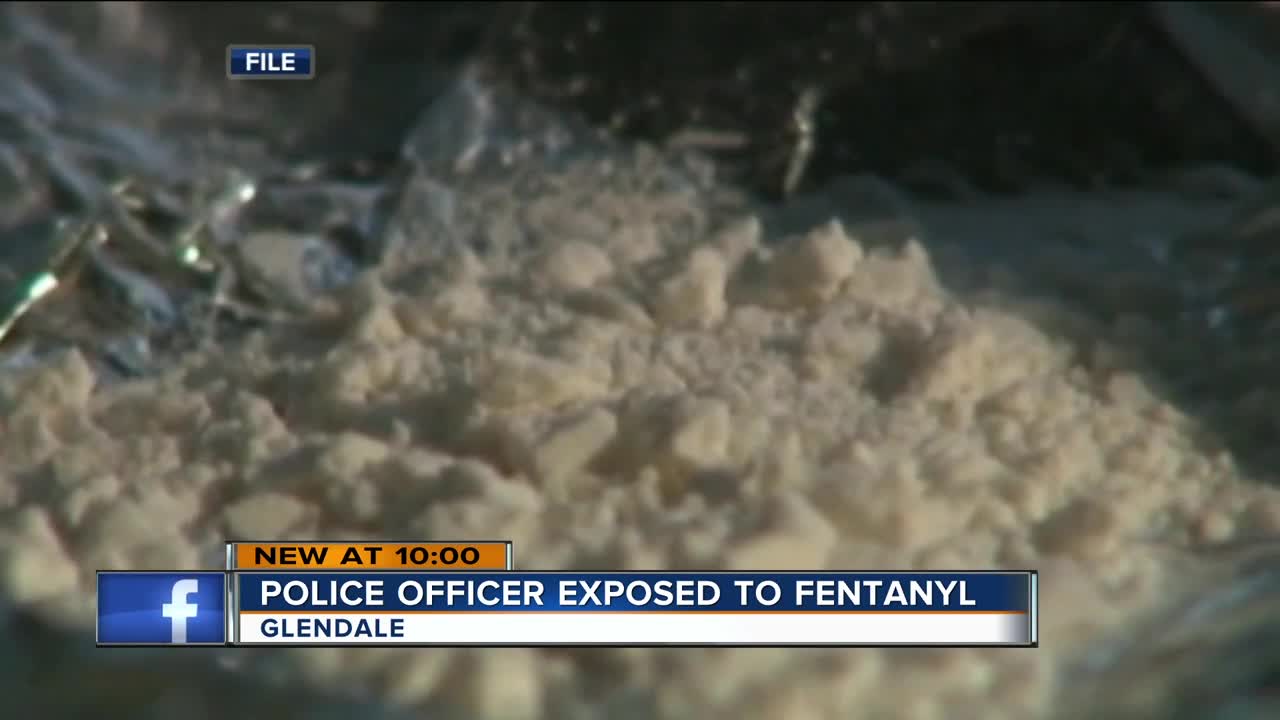 An emergency call in Glendale this morning turned into a dangerous situation for a police officer.

GLENDALE — An emergency call in Glendale Friday morning turned into a dangerous situation for a police officer. North Shore Fire Department and the Glendale Police responded to a call for two unresponsive people in a vehicle.

They were outside Ascension Columbia St. Mary's Milwaukee at River Woods' Urgent Care. Police found white powder in the car and immediately suspected illegal fentanyl, a painkiller 40 to 50 times more powerful than heroin according to the Drug Enforcement Agency (DEA).

Glendale Police said an officer was exposed to the drug while questioning the driver.

"It was short, sudden and unexpected. The officers had taken every precaution to protect themselves. It was as things were winding down. An unexpected burst of that powder went into the air," said Tyk.

That officer was treated at the scene by paramedics. She was able to return to work later that day.

However, in Greendale on May 25, 2018, officers were not as lucky. A body camera shows officers questioning a suspect after they had ingested a burst of white powder.

"I'm being dead serious. I've been exposed to heroin and fentanyl once, I don't want to be exposed again," said an unidentified officer who breathed in fentanyl.

Two officers had to be rushed to the hospital. They were treated and could return to work.

In 2019, a body camera video shows an officer in Fort Dodge, Iowa being dragged from his squad car and given multiple doses of Narcan, the overdose reversal drug, in order to survive. He was able to recover after being rushed to the hospital.

"We're coming across that in the public safety world on at least a weekly basis," said Tyk.