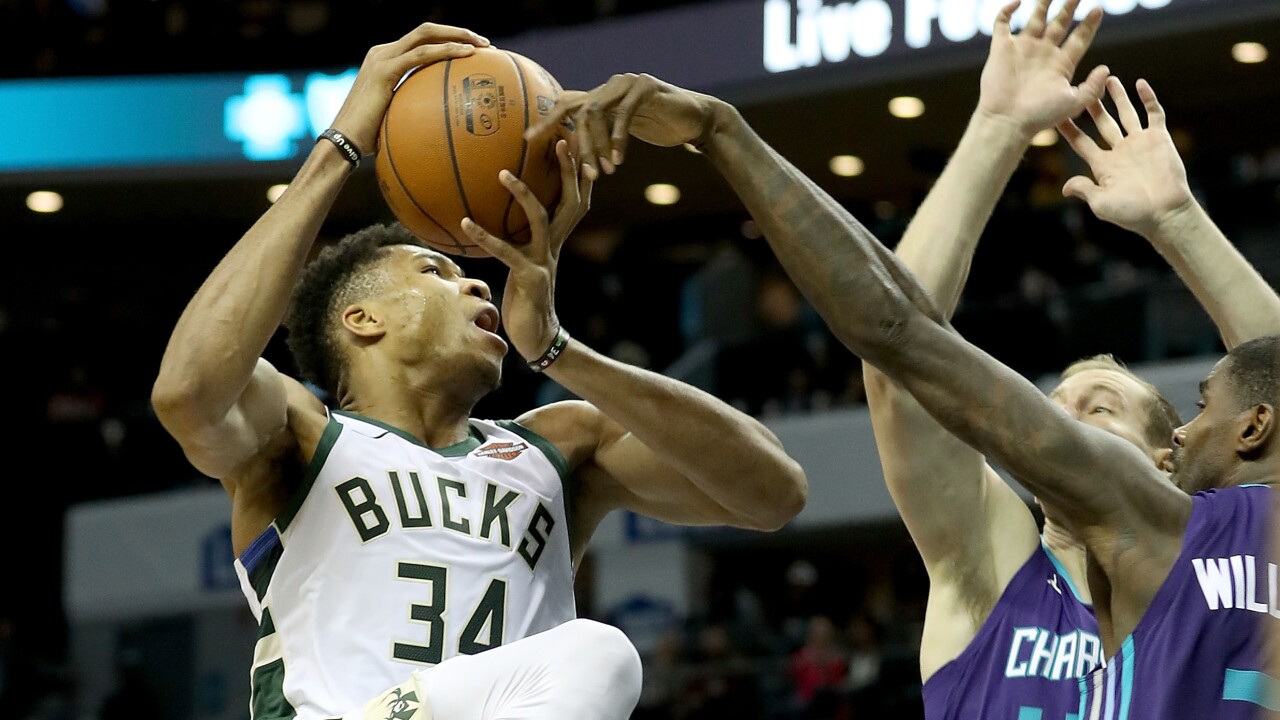 MILWAUKEE — On Tuesday, the NBA announce Giannis Antetokounmpo as the Eastern Conference Player of the Month for January.

The Bucks' star has led the team to a 42-7 record as of Feb. 4 and is just a few games away from clinching a spot in the playoffs.

According to a press release, Giannis is averaging career-highs in points and rebounds per game. Also, he is, "on pace to become the first player since Kareem Abdul-Jabbar in 1972-73, and just the fourth player ever, to average 30.0 points, 13.0 rebounds and 5.0 assists in a season."

Since the start of his career, Giannis has won this award eight times.