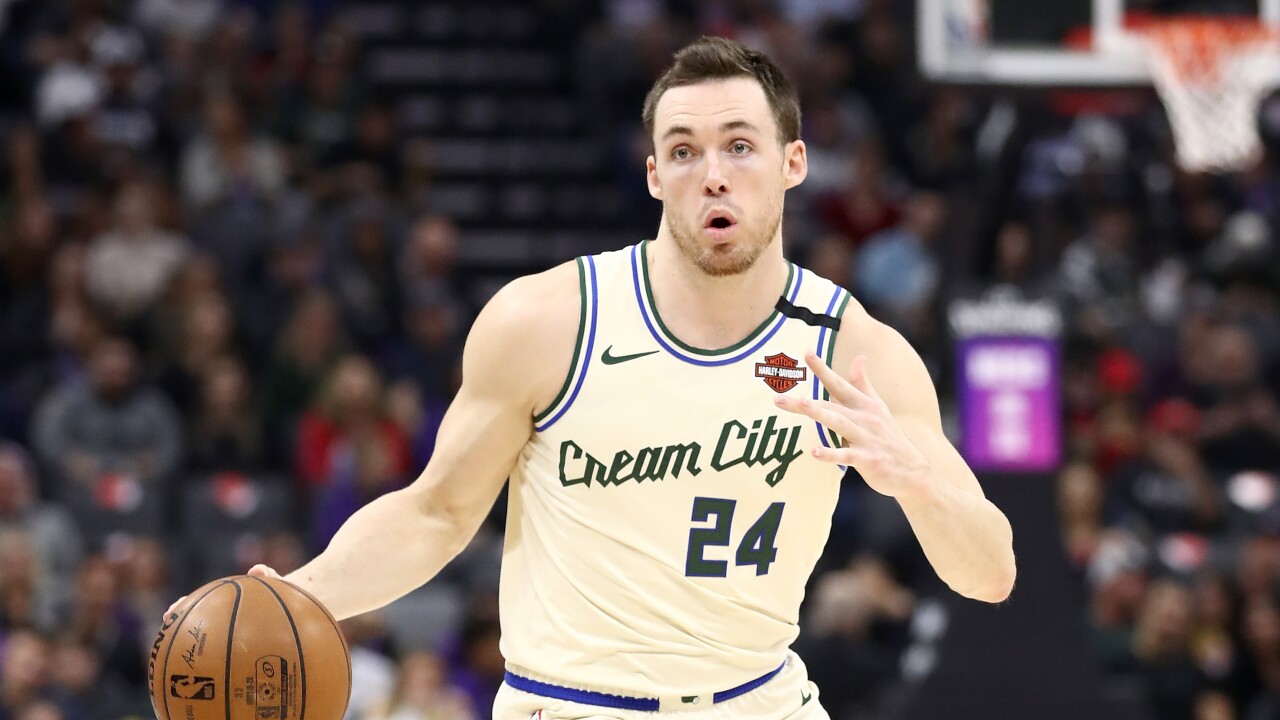 Ezra Shaw/Getty Images
SACRAMENTO, CALIFORNIA - JANUARY 10: Pat Connaughton #24 of the Milwaukee Bucks in action against the Sacramento Kings at Golden 1 Center on January 10, 2020 in Sacramento, California. NOTE TO USER: User expressly acknowledges and agrees that, by downloading and or using this photograph, User is consenting to the terms and conditions of the Getty Images License Agreement. (Photo by Ezra Shaw/Getty Images)

The contest, set to take place Feb. 15, is just one of the several events happening during All-Star weekend.

Connaughton is one of four players on the roster so far. He joins Orlando's Aaron Gordon, Lakers' Dwight Howard, and Miami's Derrick Jones Jr.

The Bucks haven't had a player in the NBA Dunk Contest since Giannis Antetokounmpo took part in the event in 2015.

The Bucks have been fighting to get Connaughton on the dunk contest by using the hashtag #LetPatDunk2020.

Connaughton will be a part of the All-Star weekend along side Giannis and Khris Middleton, who are set to play in the All-Star game.