A retired Milwaukee firefighter is dead after a car crashed into a tree on Milwaukee's southwest side.

Milwaukee police say the man behind the wheel Sunday night near 53rd and Howard was an off-duty police officer. His passenger who died has been identified as 79-year-old Arthur Fennig.

A close family friend told TODAY'S TMJ4 that Fennig and a neighbor were on their way to get pizza around 6:00 p.m. Sunday when they smashed head-on into a tree. Flowers and balloons surround the base of the tree to remember Fennig's life. 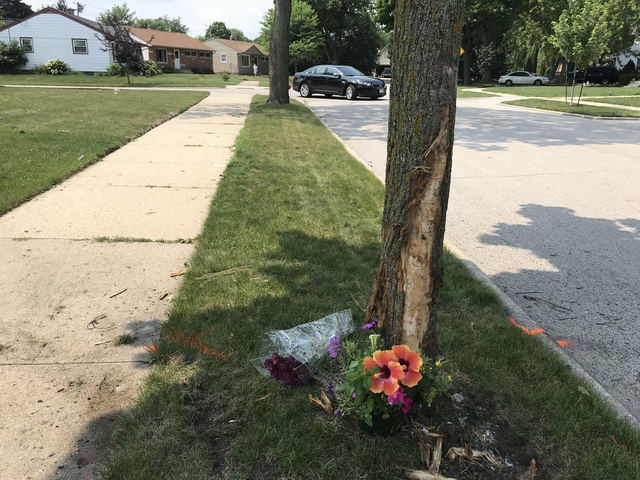 Torpy has known Fennig his whole life. He got a frantic call after the wreck that led him to a blue car wrapped around a tree.

"I dropped what I was doing and went right to the scene in hopes that it was a better outcome, unfortunately it wasn't," Torpy said.

"My wife called me from downstairs, I guess she heard a loud bang," Rogers said.

Rogers said he got outside right as the driver was getting out of the car. He soon realized a passenger was pinned inside, but it was already too late to help.

"He was gone on impact, there was no way he made that," Rogers said. "We tried to see if he had a pulse and there was no pulse."

Despite life-saving efforts, Milwaukee police say Fennig was pronounced dead at the scene. A sudden death of a retired firefighter who touched the lives of so many.

"Art was a character," said Torpy. "He was a funny, funny man. He's a guy you wanted next to you."

Torpy said Fennig's greatest gift is the relationships he leaves behind as a father, grandfather and great-grandfather.

"Tough days ahead," Torpy added. "We're concerned about the driver also. Our thoughts and prayers are with him."

Milwaukee police said the 31-year-old driver has been placed on administrative leave. Police said he is cooperating with the investigation.