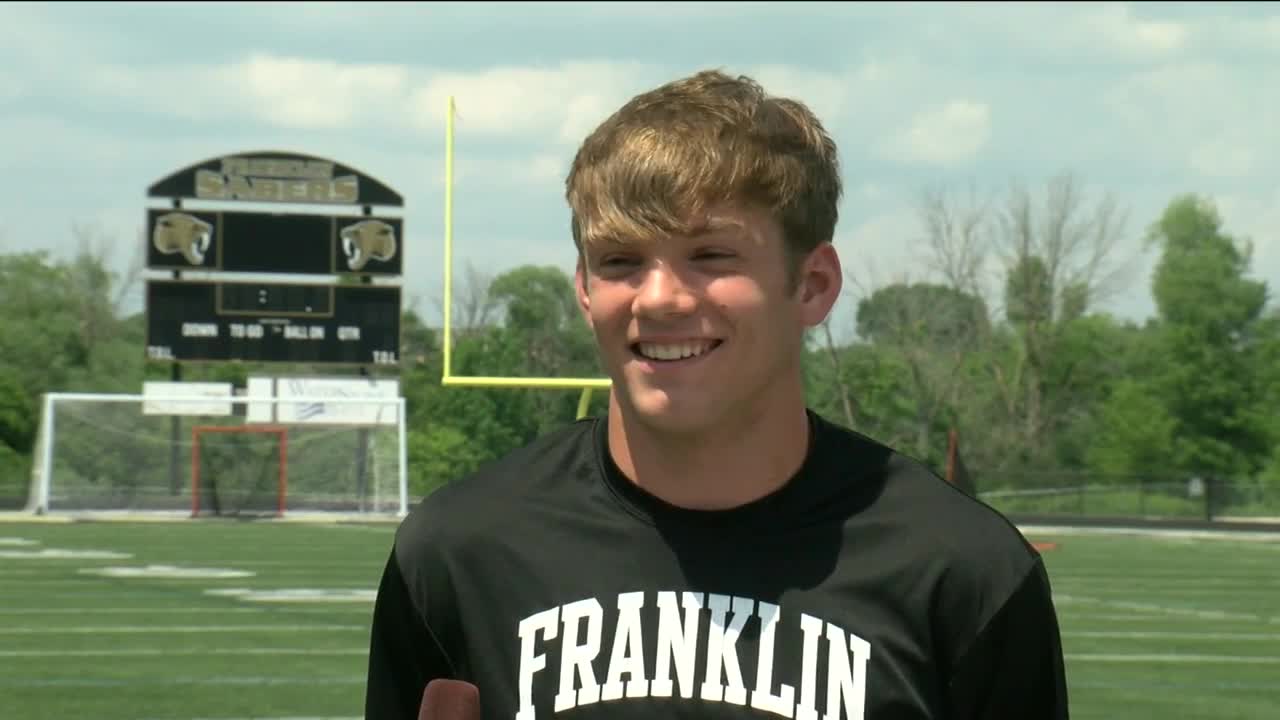 "Well right off the bat, I didn't want to get negative," Eliott Harris says.

FRANKLIN — "Well right off the bat, I didn't want to get negative," Eliott Harris says.

Harris will be a senior at Franklin High School. Because of the pandemic, he didn't get to compete in track.

"I was hoping to compete for a state title in 200 meters, to be honest," said Harris.

With some doubt still looming over the fall football season, Harris wants colleges to look at him as a receiver.

"It gives me opportunities to just show off how far I've come in the last couple months, and what I'm going into my senior year with. Because you know, there's nothing else I can do right now besides go to a combine and show out as much as possible," said Harris.

Harris believes his skills have improved, and he's ready to show off what he's got.

"You know, I couldn't really change direction very well last year. And I think I've come a long way in that department, in that part of my game. So I'm hoping to show that off, and hopefully, I've gotten a little bit faster too," said Harris.

That's why Saturday, Harris will show off some of these skills, at the Cream City Combine.

"It is, it's tough. This is what I've been working for my entire high school career to be honest," Harris says. "Just for my senior year and ready to go out, and with a chance of that being taken away? I mean, it is what it is. You can't do anything about it. You gotta just suck it up and keep moving forward. The most I can do now is just go to this combine on Saturday, try to show out as much as possible, and then have a good senior year."

It's a tough situation for this senior. Not knowing what the future holds while hoping for a college scholarship.

"If we don't have a football season? That's going to be extremely tough," Harris says. "So I think the combine is going to be a good way to just help the coaches realize my athleticism and other kids athleticism. Help the other kids get notices. And then the coaches? I'm not sure how it's going to work moving forward but, I mean just help get your name out there and really get in the coach's mind. It's all worth it in the end, Yeah, it's exciting."

All it takes is one to notice and like him.