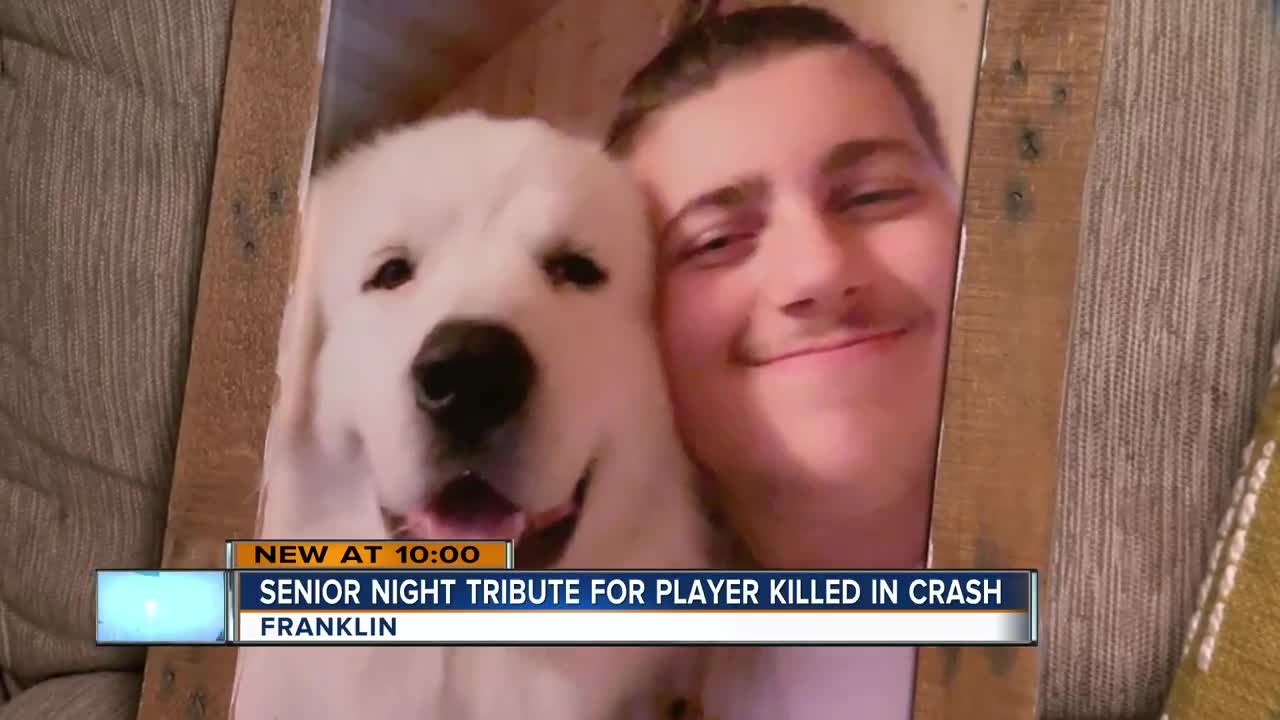 The Franklin High School football team and its fans honored one of their players killed this summer in a car crash.

The Franklin High School football team and its fans honored one of their players killed this summer in a car crash.

Anthony Hales would have been a senior and on Senior Night, the team and fans made sure his legacy is remembered in a way his family won’t forget.

The Franklin Sabers tore onto the field to go to battle in front of their home crowd to honor one player in particular who is no longer with them. Tributes for Anthony could be found all around the stadium. It was a bittersweet sight for Anthony’s mother Kate Gray.

“It’s hard being here without him, but with all of the support and the love and all of the community that’s rallied around us, it makes it a little bit easier,” Gray said.

Anthony’s poster welcomed fans at the entrance, his jersey rested on the team’s bench and hundreds of fans wore shirts with his name and number on the back, but the words on the front that read ‘pave the way’ carry a much deeper meaning thanks to Christy Cool.

“I was having a conversation with Kate and she mentioned something about not being able to do their driveway until spring and I remember thinking this is not OK,” Cool said.

For the past two years, Anthony’s family has had to push his younger brother Kavi who is in a wheelchair, up and down their long gravel driveway. Cool knew changing that would be one of the best ways to honor Anthony, so she made the shirts and a Go Fund Me page to raise money.

“When it came to the driveway, people were donating their services, donating the concrete, donating the lumber, a roof was given to the family, I mean it has been insanely amazing and inspiring on all accounts,” Cool said.

Within a matter of weeks the fundraising page hit its goal of $25,000 Gray said the gift couldn’t be more fitting for Anthony’s legacy.

“It would mean the world to Anthony. Part of me thinks that all of this awesome stuff that’s happened to us is just Anthony showing us that he’s got our back right now,” Gray said.

The Franklin Sabers topped Friday night’s celebration of Anthony with a win over Racine Horlick.