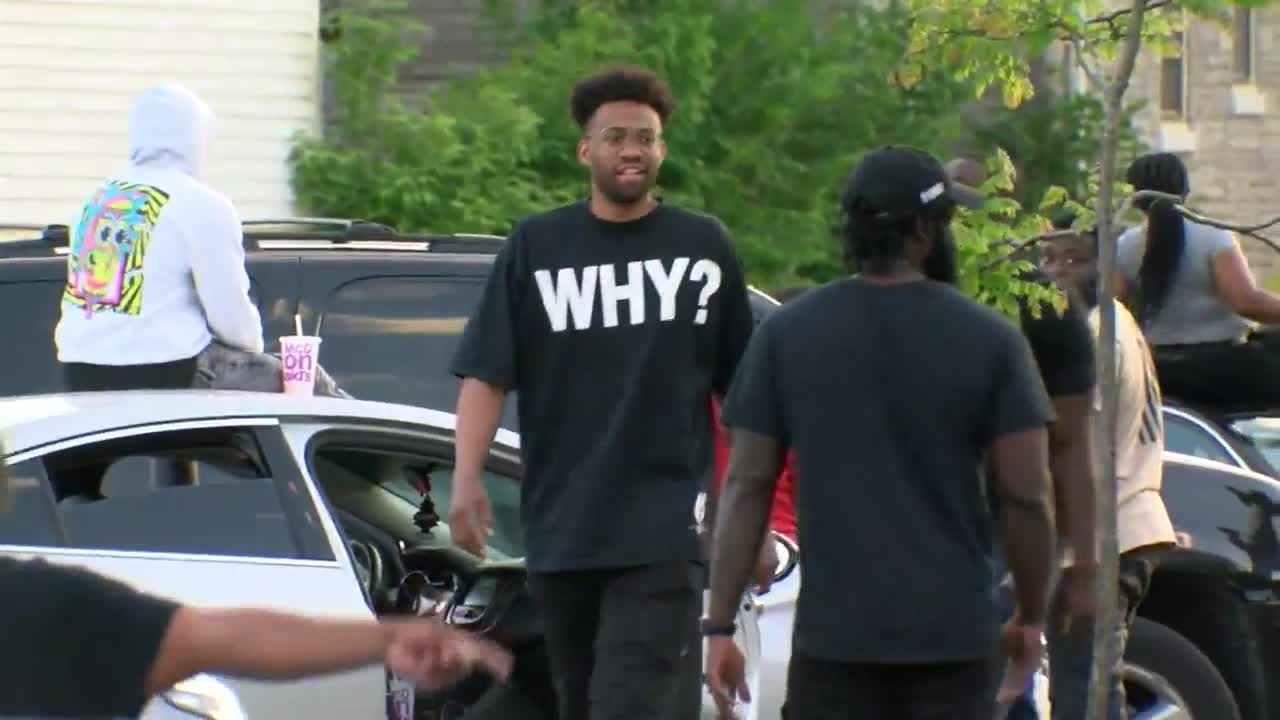 Former Bucks star Jabari Parker was among the hundreds of people who peacefully protested the police custody death of George Floyd Monday in Milwaukee.

Parker was seen walking in the area of Milwaukee and Kilbourn Streets wearing a black shirt that said "WHY" in bold lettering.

The former no. 2 overall pick of the 2014 draft played on the Bucks for four seasons, a tenure that was shortened by two season-ending knee injuries.