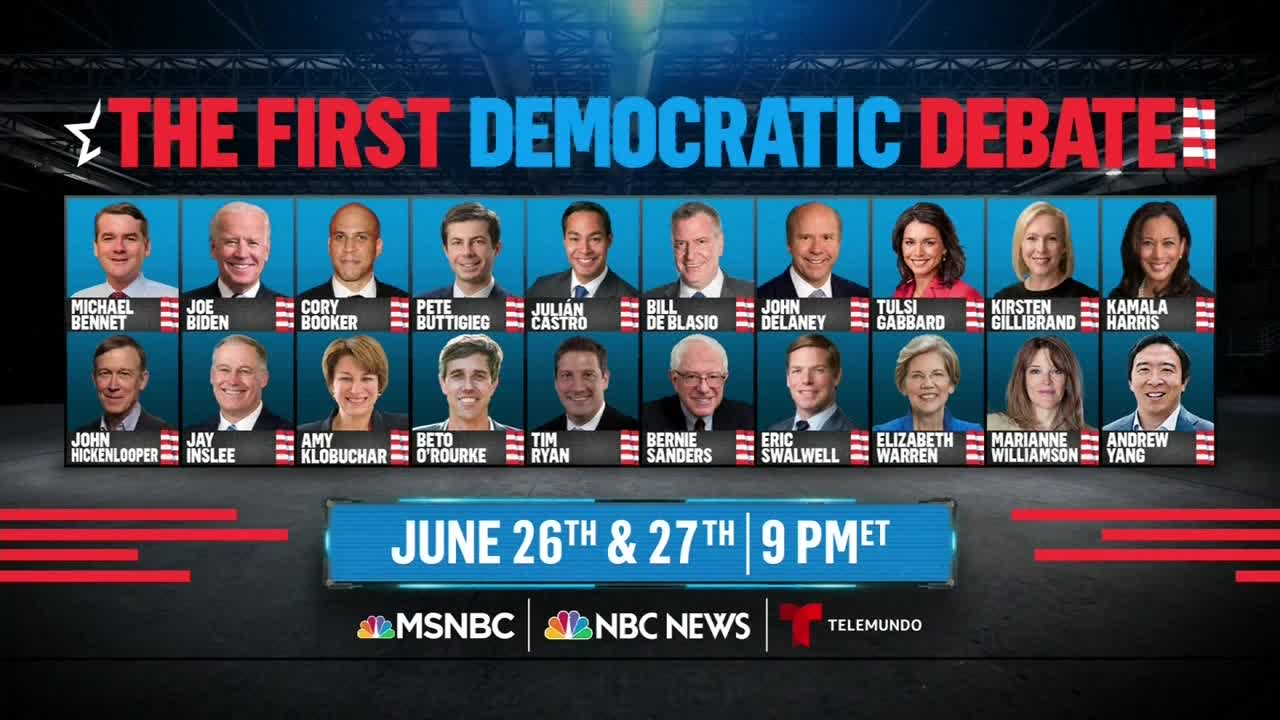 The first debate for democrats is set.

The 20 candidates that made the cut will be split into two nights of two hour debates in Miami.

The first debate with ten candidates is Wednesday, June 26th. Then Thursday night - ten more candidates take the stage for another debate.

NBC'S Meet the Press moderator Chuck Todd will be one of five moderators for the debate.

He breaks down how the debate will work and which candidates might feel more confident given the group they are in.