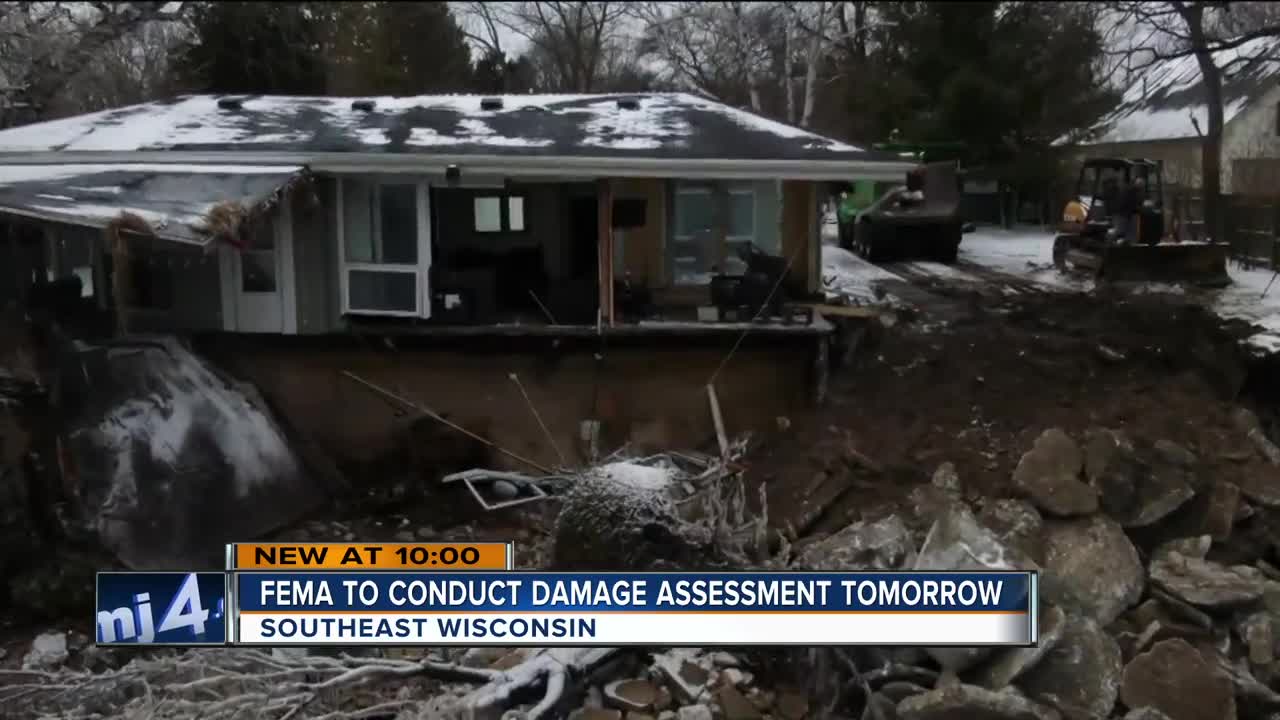 Staff with the Federal Emergency Management Agency (FEMA) will be in Southeastern Wisconsin Tuesday to assess damage from the January 10th-12th storm that left behind an estimated $30 million in damages.

Staff with the Federal Emergency Management Agency (FEMA) will be in Southeastern Wisconsin Tuesday to assess damage from the January 10th-12th storm that left behind an estimated $30 million in damages.

The team from FEMA will meet with Wisconsin Emergency Management (WEM) officials to go over what federal aid may be available for infrastructure repairs.

The money will go to the municipalities and not homeowners who may have suffered property damage. Helmut Geissler has lived on the shoreline of Lake Michigan in Caledonia for 5 years and says the January storm was the worst he's seen.

"I made a point of going out to the edge of the bluff and I could see 8 to 10 feet waves. I was watching as the water was pulling bushes and trees off the edge and out into the lake," said Geissler.

Geissler's home is safe, but he has some erosion on his property. He knows the FEMA visit isn't to help him.

Geissler says "I understand from the reading I've done that much of this just to see what the overall effect is for the county, the city. And see what official response might be available for institutions as opposed to the homeowners."

He's right. This is the first step in asking the federal government for help.

FEMA officials will meet Tuesday morning. They may make visits to some of the hardest-hit spots.