Feds give Wisconsin approval to drug test for unemployment benefits 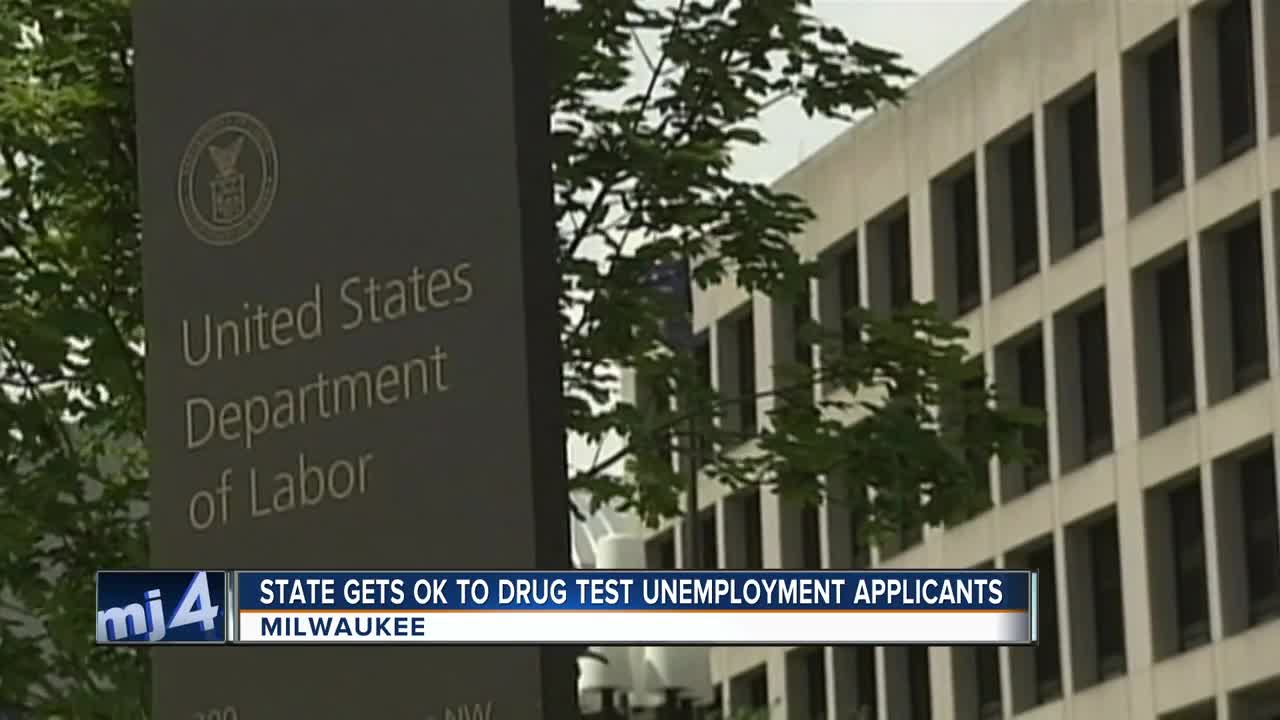 Those who are interested in receiving unemployment may need to take a drug test to do so.

According to a ruling by the U.S. Department of Labor, several states, including Wisconsin, will be allowed to drug test people in certain occupations for unemployment benefits.

The Wisconsin Department of Workforce Development says it currently takes seven days to receive unemployment benefits after someone first applies. However, it's unknown if the timeline could change if a drug test is involved and some officials fear any extra time could be detrimental to families in need.

Bowen is already nervous for his community, however Gov. Tony Evers says nothing is going to be implemented until he gets more answers.

"We need more details from the federal government before we go down that road," Evers said. "The last thing I ever want is to take away the ability to have a safety net for people that need it."

However, those in favor of drug testing say this could help an ongoing drug problem in Wisconsin. So those with issues can be identified sooner and get the help they need.

"The point of having the drug screening is that first step to get you help so then you can find that independence to having a job," Janel Brandtjen of Menomonee Falls said. "There's no greater social program than having a good paying job."

The Department of Workforce Development says they are still in the early stages of evaluating the new rules so, they don't have a timeline for when this could be implemented in Wisconsin. But, more drug testing could be costly.

"There are still 250,000 people every year collecting unemployment benefits," Victor Forberger, a Labor & Employment Law Attorney said. "That's a lot of people subject to these kind of requirements."

Forberger says if testing goes up to 10 or 20 percent, it could mean tens of thousands of dollars a year just in testing. He also says it could result in even more expense to the state in the long run.

"If we implement the drug testing and provide drug treatment programs, the numbers would be astronomical," Forberger said. "Even with minimal positive results, you're talking maybe a thousand people who would have to get drug treatment programs. That would be a huge increase in numbers. There's a whole host of issues from the 4th amendment and privacy concerns because factual basis for that could be challenged in court. As a result, there could be very expensive litigation."