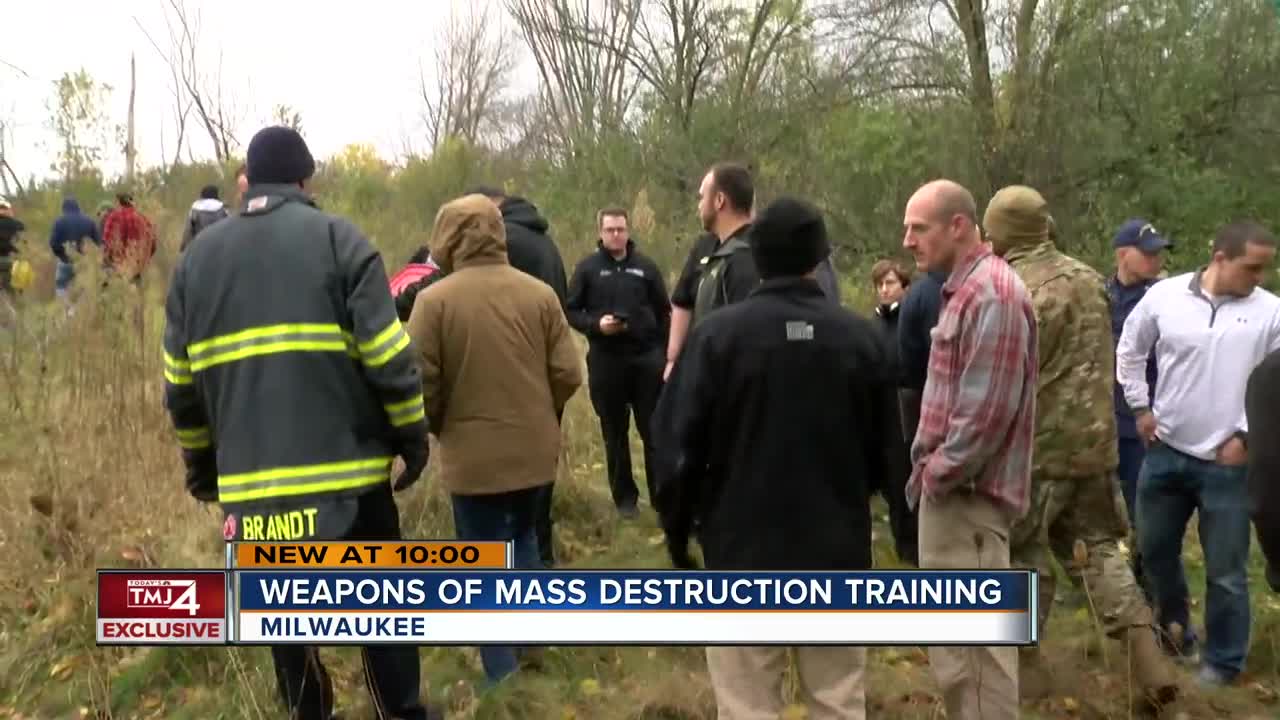 The FBI ramps up efforts to protect people during the Democratic National Convention. They are trying to train more first responders to be able to recognize possible explosives.

MILWAUKEE — The FBI ramps up efforts to protect people during the Democratic National Convention. They are trying to train more first responders to be able to recognize possible explosives.

State and local first responders gathered at the Milwaukee Fire and Police Training Academy for a weapons of mass destruction training lead by the FBI bomb technicians.

"Essentially what it is, is an introductory to weapons of mass destruction for general safety public personnel," said Robert Botsch, assistant special agent-in-charge of the FBI's Milwaukee.

Everyone from police officers and firefighters to security guards and hospital personnel were involved. The FBI plans to hold more leading up to the DNC.

"When it comes to special events we will prep well before an event to give state and local law enforcement the ability to see things that could be a threat to them," said Botsch.

That case highlights for the FBI why it's so important for first responders to see everything from dynamite and C-4 to improved devices that people could make in their homes.

"Everyone of these would kill you if you were within 10 to 20 feet," said Milan Momcilovic, FBI special agent. "Our goal here is just to make them aware."

The FBI in Milwaukee plans at least two more of these training for first responders before the DNC next summer.