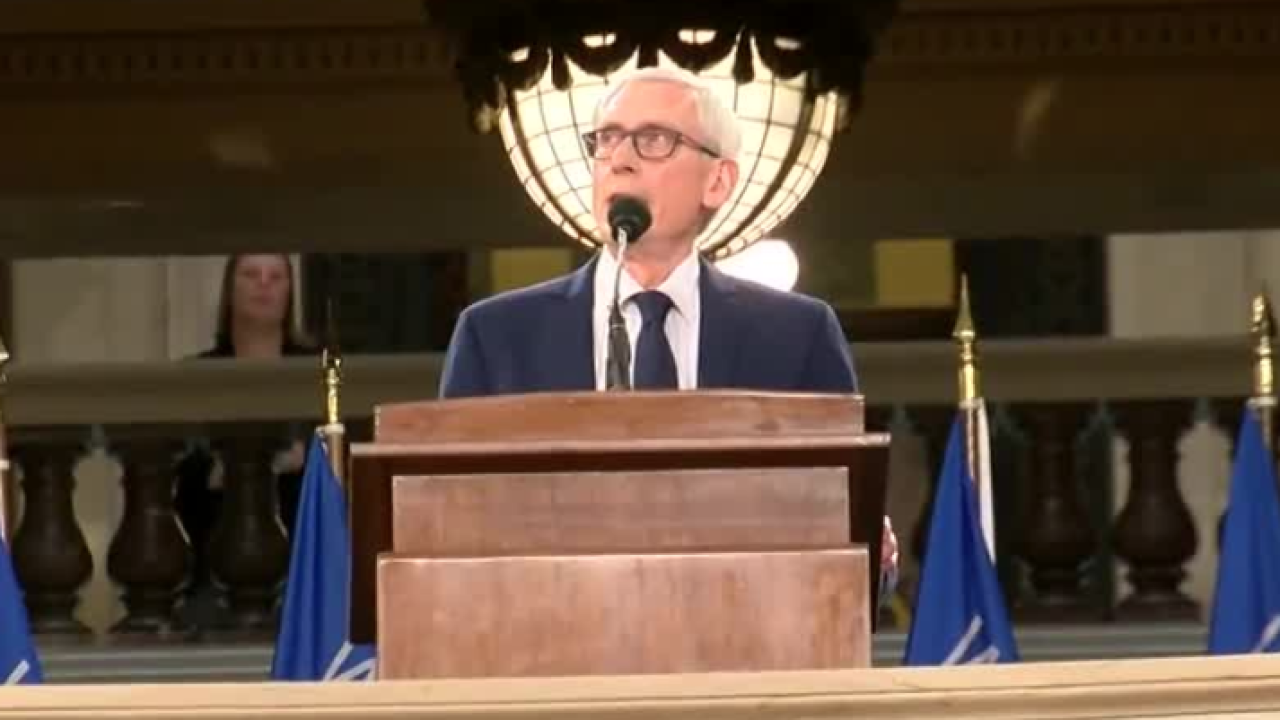 MADISON, Wis. (AP) — Gov. Tony Evers campaigned on the promise to increase funding for public schools by $1.4 billion, and now a bipartisan legislative task force that heard from parents, teachers and others across the state last year is also calling for significant increases in state spending and local property taxes.

Commission co-chair Sen. Luther Olsen, a Republican who also chairs the Senate's Education Committee, said Wednesday that he hopes the panel's report provides an opportunity for Republicans and Democrats to work with Evers on school funding.

Evers, who was state schools superintendent until being elected governor , had proposed a 10 percent funding increase for schools at a cost of $1.4 billion. Evers told The Associated Press last week that he would propose the funding increase in his first state budget, which will be released in February or March.

The group co-chaired by Olsen and Rep. Joel Kitchens, a Sturgeon Bay Republican, met for more than a year and held eight hearings across Wisconsin in urban, rural and suburban school districts. The 16-member panel included Republican and Democratic lawmakers, along with the Green Bay schools superintendent, the director of the Wisconsin Association of School Boards and representatives of the school choice program.

The group's more than two-dozen recommendations included allowing per-pupil revenue limits, which keep down how much schools can raise from local property taxes, to increase each year based on inflation. They had been allowed to go up tied to inflation from 1998 until 2009, and since then it's either gone up by a certain amount or been frozen. They have not gone up since 2015.
Olsen said the goal of allowing increases tied to inflation is to allow schools to gradually get more money and hopefully reduce the need to hold a referendum vote to increase property taxes.

The report also calls for the state to provide two-thirds of the total cost of education, which would soften the reliance on local property taxes. The state last paid for two-thirds of school costs in the 2002-2003 school year. The two-thirds requirement in state law was repealed as part of the 2003 state budget.

After dipping to a low of 61.7 percent during former Gov. Scott Walker's first year as governor in 2011, the state share of public school costs has slowly increased to 65.4 percent for the current year, or just shy of $7 billion. It would take about $130 million to get to 66.6 percent.

Evers ran on the promise of restoring two-thirds funding .

There is no total cost for all the recommendations.

"You don't go out and talk about school funding and come back and say 'There's too much money, let's save some,'" Olsen said. "It's going to be 'We need more money.'"
Olsen said he hoped some of the recommendations would be included in Evers' two-year state budget proposal. And if not, they could provide a guideline for the Republican-controlled Legislature as it works on revising Evers' budget, Olsen said.

"If he comes in much richer than the Legislature wants to go this could be a landing spot," Olsen said.