Walker says smog is from Indiana and Illinois 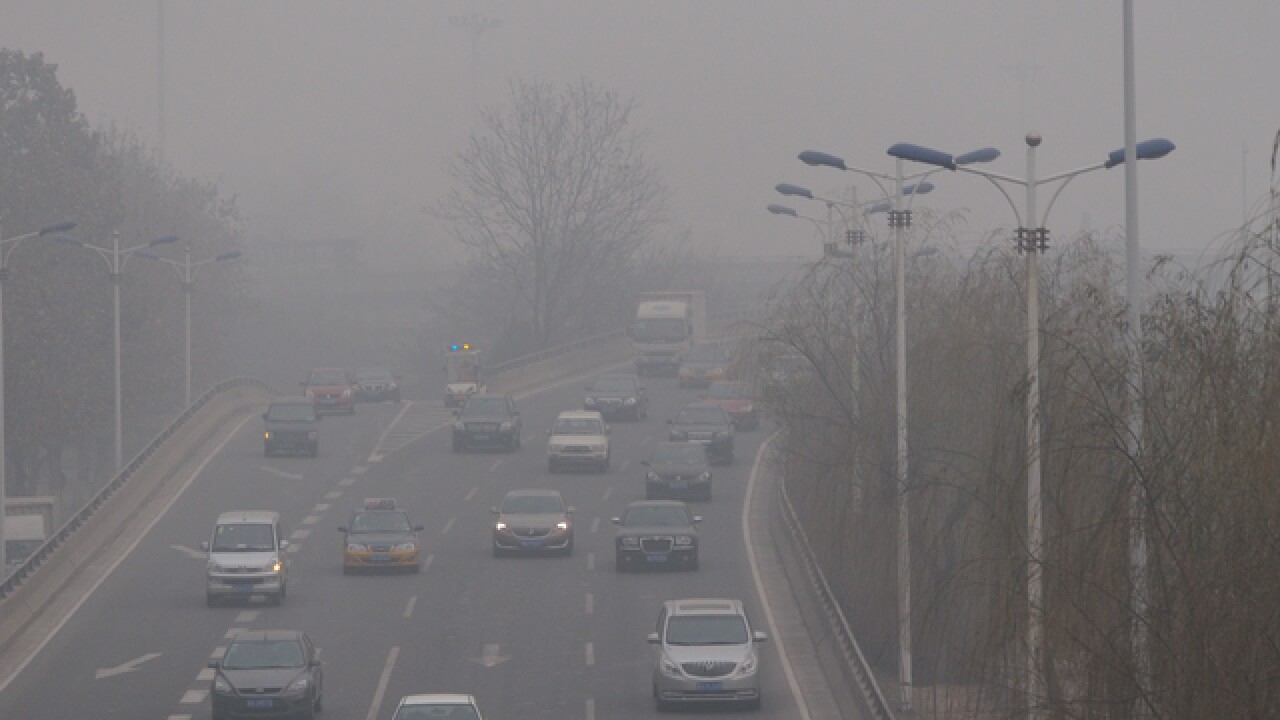 The agency sided with Wisconsin officials by sharply narrowing areas that will come under stricter federal ozone regulations to small strips of land along the shoreline of Lake Michigan.

Businesses and Republican Gov. Scott Walker's administration argued that metropolitan Milwaukee and areas along Lake Michigan were being polluted by smog from Illinois and northern Indiana.

Environmental groups countered that the steps taken by the EPA will fail to protect air quality in the Milwaukee metro area and other areas of eastern Wisconsin.

The EPA found that portions of Milwaukee, Ozaukee, Sheboygan, Manitowoc, Door and Kenosha counties along the lake were in violation of a new tougher ozone standard, the Milwaukee Journal Sentinel reported.

Racine County, where Foxconn Technology Group is preparing to build a $10 billion plant that would produce liquid crystal flat-screen panels, was declared to be in compliance with the standard.

The EPA was under a court-ordered deadline of Monday to decide which counties across the country were in violation of the new standard and would need to reduce pollutants that form ozone. Those pollutants come from sources such as factories, power plants and emissions from cars and trucks.

Ozone is created when heat and light interact with nitrogen oxides and volatile organic compounds.

In a tweet Tuesday, Walker said that Wisconsin already has cut emissions of nitrogen oxides and volatile organic compounds by 50 percent since 2002.

"We are working with the EPA to implement a plan that continues to look out for the best interest of Wisconsin," Walker tweeted. "We continue to search for ways to balance between environmental stewardship and a positive, pro-jobs business environment."

In December, the agency had made an initial determination that a much larger area of southeastern Wisconsin was in violation of ozone standards. Officials with the Wisconsin Department of Natural Resources pushed back against that initial determination. Officials asked that the entire state be declared in compliance or, failing that, urged the EPA to designate narrow strips of land near Lake Michigan.

"We are pleased that EPA did take into account the science and data the DNR provided showing that ozone concentrations ... are limited to a narrow strip of land near the Lake Michigan lake shore," DNR spokesman Jim Dick said in a statement.

Dona Wininsky of the American Lung Association in Wisconsin said maybe that would work "if air pollution stayed in nice little places ... But these narrow designations don't really take into account the people who live in these areas, or nearby."

Lucas Vebber, general counsel for Wisconsin Manufacturers & Commerce, disagreed and said there was little Wisconsin could do to lower ozone levels more.

"This is a major step forward," Vebber said in an email. "Compared to what was proposed in December, significantly fewer Wisconsinites will be subject to the onerous regulatory burden imposed by a non-attainment designation."

The EPA noted that former DNR Secretary Cathy Stepp played no role in the decision. A Walker employee, Stepp left the DNR to become the EPA's regional administrator in Chicago in December. The EPA said Stepp recused herself because she had advocated against the stricter regulations for Wisconsin.