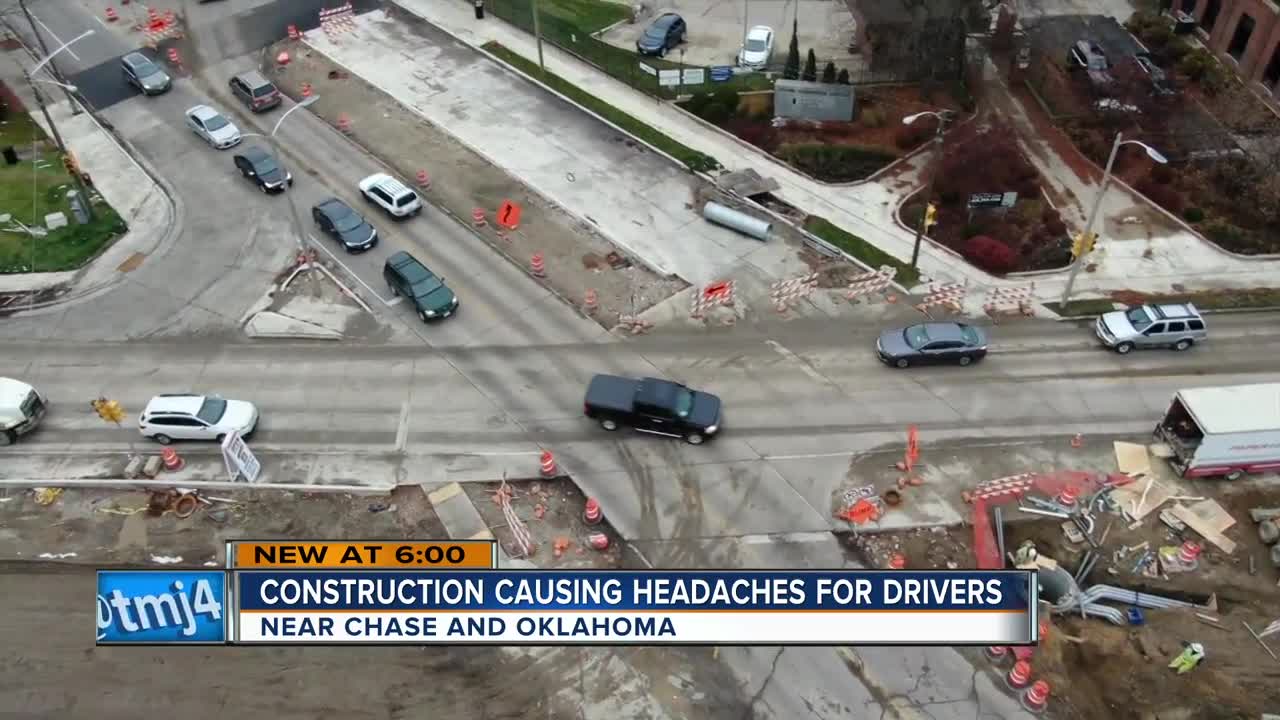 Crews have been working for serval months on the South Chase Avenue Reconstruction Project in the city's Bay View neighborhood. But the construction feels overwhelming at the busy Chase and Oklahoma intersection.

MILWAUKEE — Crews have been working for several months on the South Chase Avenue Reconstruction Project in the city's Bay View neighborhood.

But the construction feels overwhelming at the busy Chase and Oklahoma intersection.

"To be honest Chase and Oklahoma is a giant mess, and I don’t see no end to it right now," said driver Christopher Ojeda.

Ojeda avoids the intersection to get to work daily even if it adds an extra 15 to 20 minutes to his commute.

The streets are down to one lane, and you cannot miss the construction equipment, orange barrels, or the signs.

"I just saw a lot of people who are confused. I wonder people just give up," said driver Kaelee Pietrini.

Some say those illegal turns cause big backups during rush hour and fuel angry drivers.

"I think drivers are just taking it upon themselves to do what they want," said Ojeda.

The South Chase Avenue Reconstruction Project was slated to be done by the first week of December.

In response to concerns, the Milwaukee Department of Public Works sent us a statement saying:

The unseasonable winter weather has impacted the schedule for the South Chase Avenue Reconstruction Project. We fully recognize the significance of the Chase and Oklahoma intersection for those who travel through it. Completing work at the intersection to open up lanes and free up turning movements is our priority and we expect progress on this in the coming weeks.