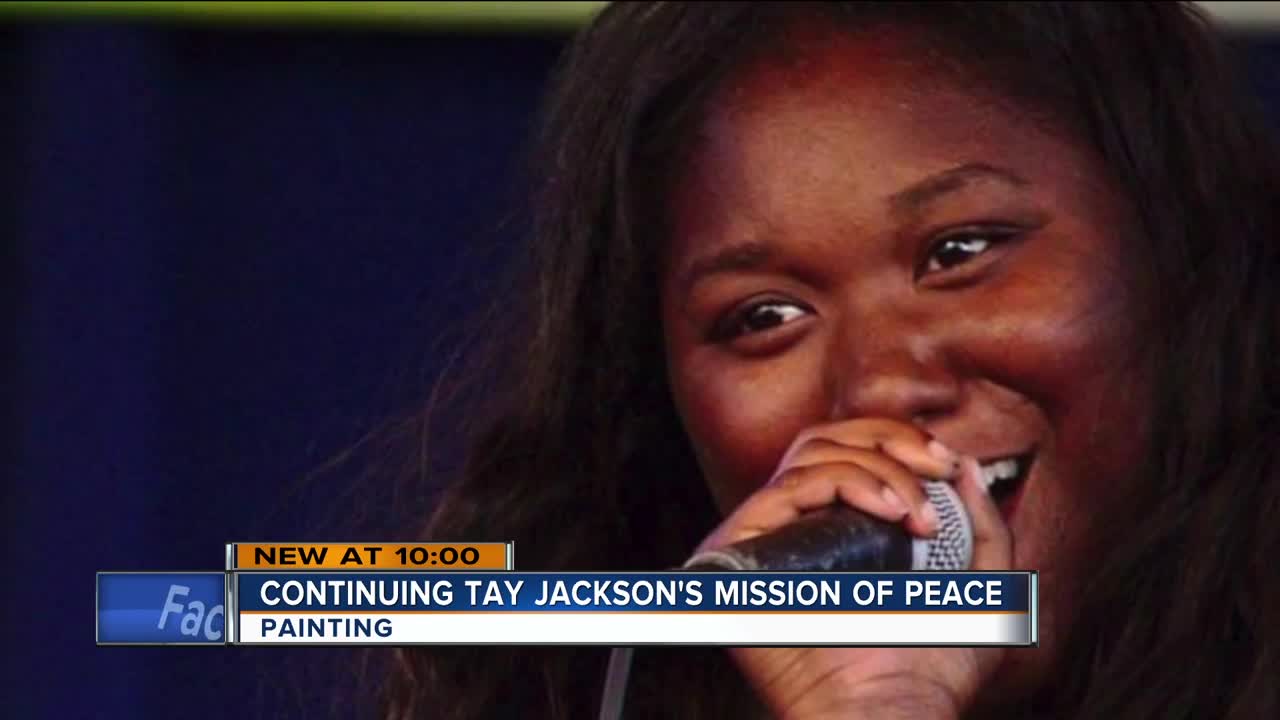 Dozens of people gathered to honor a young Milwaukee activist dedicated to peace in the neighborhood.

MILWAUKEE — Dozens of people gathered to honor a young Milwaukee activist dedicated to peace in the neighborhood.

Twenty-year-old Quanita "Tay" Jackson was an innocent victim in a drive-by shooting near Moody Park on Aug. 25, 2019. The day before she had organized a three-on-three basketball tournament in the park.

"And then the very next day hearing what happened, it hurt tremendously," Carter said.

Carter and other organizers want to renovate the basketball courts as a tribute to Jackson.

"We're going to give it a fresh coat of paint, transform the backboards," Carter said. "We'll also be doing another three-on-three."

Dozens gathered at the Wisconsin Black Historical Society on Friday for a sip and paint fundraiser. The event drew people who didn't even know the young activist.

"What she was doing was a great thing, and I think she should be recognized," said Athena Turner.

Jackson was a dedicated volunteer at COA Youth and Family Centers. Her musical and artistic talents shined through the youth group True Skool.

"She brought a lot of good energy into this neighborhood," said organizer Marquayla Ellison. "A lot of people came out just so they could give back."

"It was a bad thing that happened, very unfortunate, but I think this will bring everyone together," Turner said.

Now, nearly six months after her passing and weeks before her 21st birthday, Jackson's family is still hoping for justice.