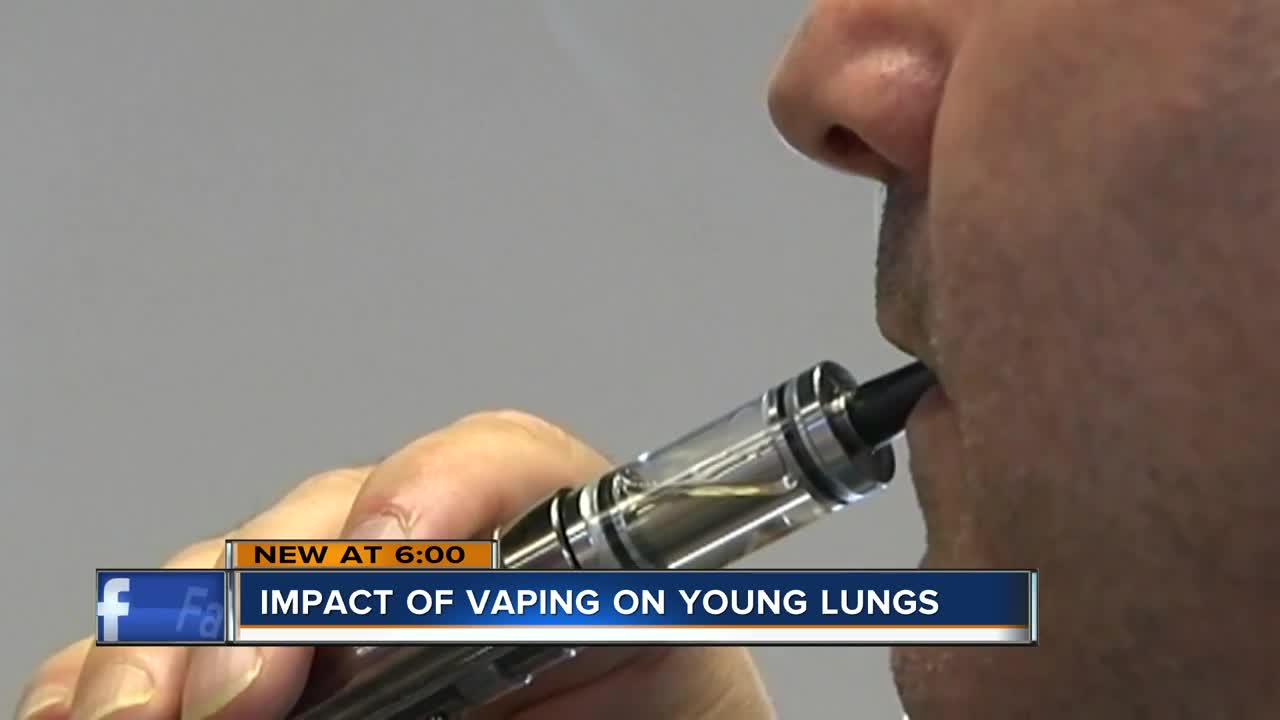 MILWAUKEE — A day after Milwaukee Health officials urged residents to stop vaping now, doctors are backing up claims of harm and saying they could be more harmful than cigarettes.

"I do believe that is more harmful because of how readily available it is to you at all times," said Dr. Emad Botros, a pulmonologist with Ascension Medical Group. "It could cause damage in both lung fields. It makes this harder to treat, harder to manage, and in extreme situations, there is no treatment other than transplant."

While the State Department of Health Services said patients with lung disease found THC products prevalent in 89% of cases, local officials are still urging people to be cautious.

"I know vaping was a big breath of fresh air, but apparently not," said Dr. Jeanette Kowalik, the city's health commissioner. "We want to make sure we're putting out the notice that we have to hold tight, stop vaping, pump the brakes."

"Teenagers are very creative in damaging their lungs," Botros said. "The number of teenagers smoking regular cigarettes may be less, but with this new product, I think they found an alternative, and this is on the rise."

"It could cause damage in both lung fields. It makes this harder to treat, harder to manage, and in extreme situations, there is no treatment other than transplant." — Dr. Emad Botros

Botros said vaping and traditional smoking have similar impacts. While cigarettes have their own areas of concern, regarding inhaling burning nicotine, vaping has its own problems, too.

"The nickname for it was popcorn lung," Botros said. "The term brought up many years ago when they were using buttery flavoring in microwave popcorn. When you open bags, the fumes that could come out of it could damage the lung, and that's how we got the term 'popcorn lung.' They found the same product that was added to the flavoring of the popcorn in the vaping, which is called diacetyl."

The use of diacetyl in microwave buttered popcorn was discontinued in 2007. However, its use in vaping could cause life-altering results.

"Patients will complain of shortness of breath," Botros said. "We have more cough and could catch infection easier. It could be lifelong damaging."