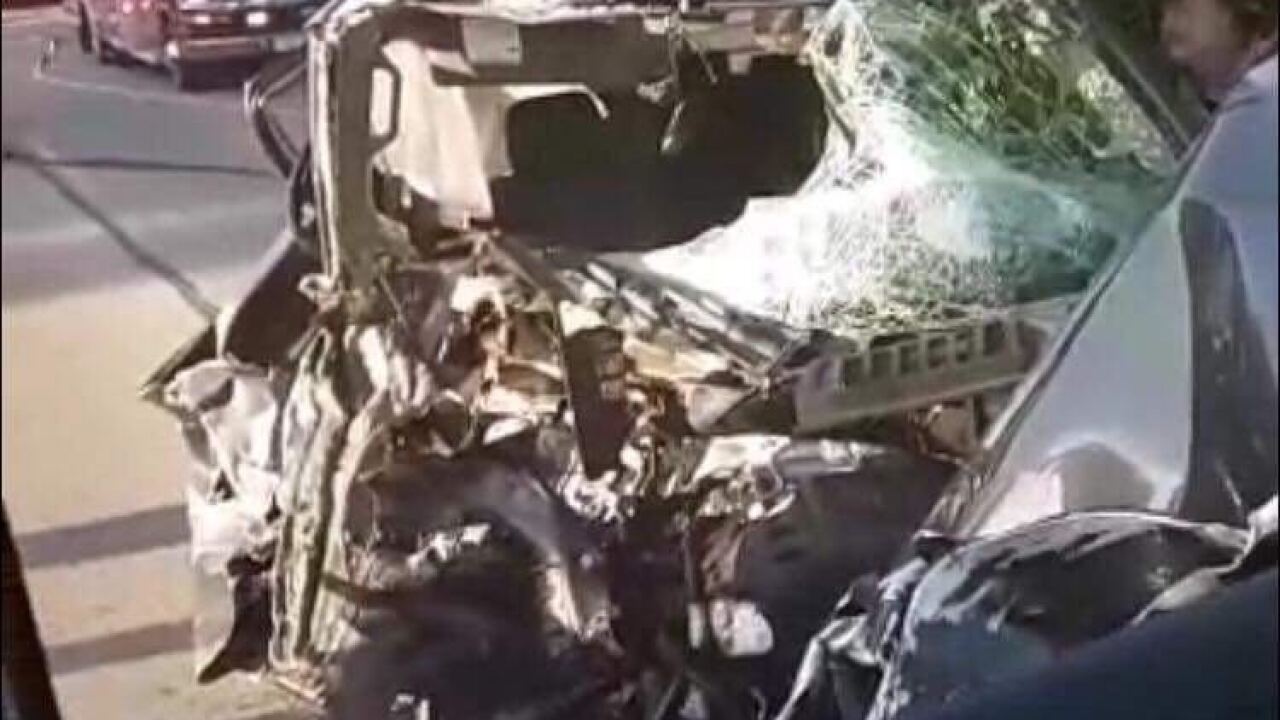 TOWN OF RANDALL — Officers say a distracted driver led to a school bus crash in Kenosha County with students on board.

The Kenosha County Sheriff's Office says a Randall School bus with 21 people on it was stopped northbound in the 8800 block of 388th Avenue to pick up a student. Officers say the bus displayed its stop sign and warning lighting when the bus was hit in the rear by a pickup truck heading northbound.

No one on the school bus reported any injuries at the scene. Two students later sought treatment for minor injuries at local medical facilities. The driver of the pickup truck, a 44-year-old man from Twin Lakes, Wisconsin reported minor injuries, but was not transported.

The school bus was able to leave the scene and take the students to school. The school notified parents about what happened.

Investigators believe inattentive driving is the main factor in this crash. No word if the driver was cited after the crash.