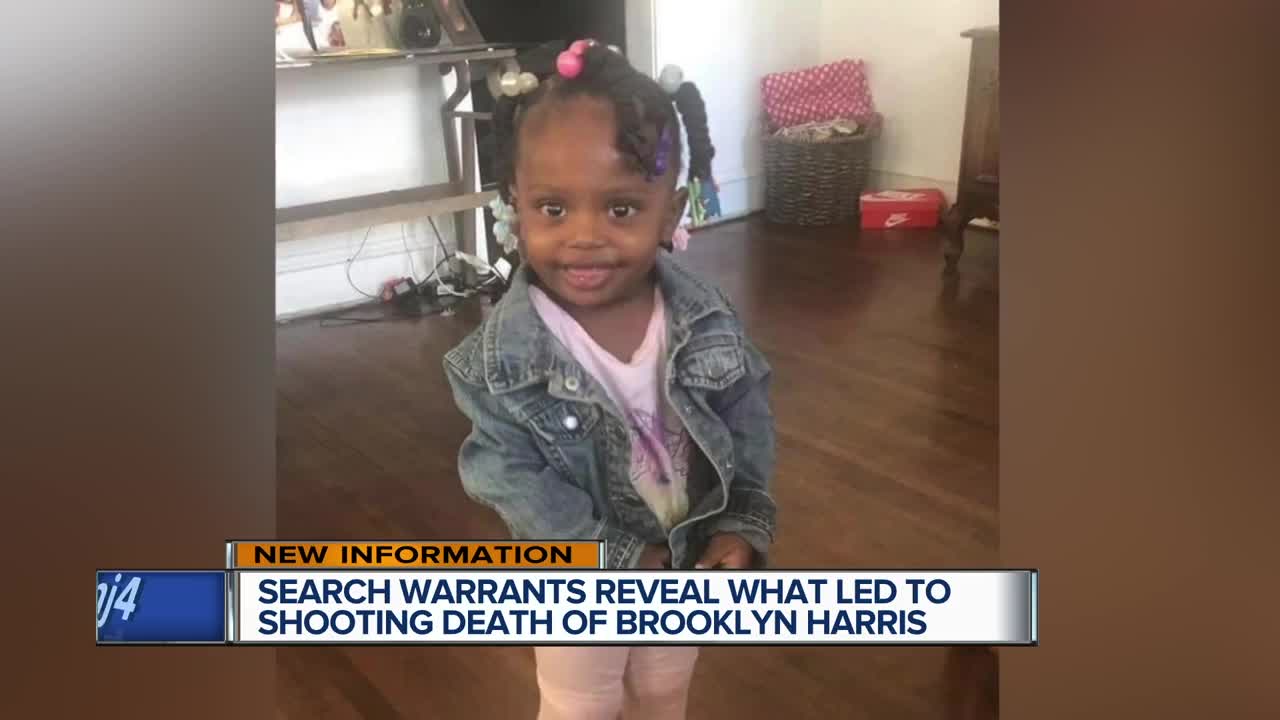 Here is the timeline of how a suspected road rage incident ended with a three-year-old being shot dead.

MILWAUKEE — As the suspected road rage shooting death of 3-year-old Brooklyn Harris gripped a city, court documents detail a timeline of what happened and who police believed killed her.

Today's TMJ4 obtained a copy of a search warrant seeking a mouth swab from 39-year-old Antonio Bratcher. According to the search warrant and accompanying affidavit, police believe Bratcher was behind the road rage shooting.

In the affidavit, Brooklyn Harris was identified by her initials "BH." The document detailed Brooklyn's mother's account of was happened leading up to the shooting.

She told investigators she had her three kids in the car when she picked up a friend and her daughter on Milwaukee's north side. When Brooklyn's mother began to pull away from the curb, she said a black SUV, with tinted windows and pink writing at the top of the windshield, pulled up behind her and stopped.

Brooklyn's mother said she stopped and waited for the black SUV to pass, but it just sat there. She said she then pulled away from the curb and headed to North 42nd Street when she began to hear gunshots coming from behind her. Brooklyn's mother said the black SUV was still behind her, and she turned north on North 42nd Street when she heard her back window shatter.

At that point she sped away and her friend yelled out "BH's" name. Brooklyn's mother turned around and saw her daughter bleeding from her head. She pulled over and called 911.

Brooklyn was taken to Children's Hospital where she was pronounced dead.

Officers reported spotting a vehicle matching the suspect description near 40th and and Galena Street. They said the driver led them on a chase before it crashed near North 26th Street and Walnut.

Officers learned the SUV was owned by Bratcher's girlfriend.

Authorities said a shirtless man, identified as Bratcher, was seen hiding under someone's front porch on North 27th Street. He ran until he was arrested about a block away.

Milwaukee County's District Attorney is reviewing the case. Bratcher has not been charged.