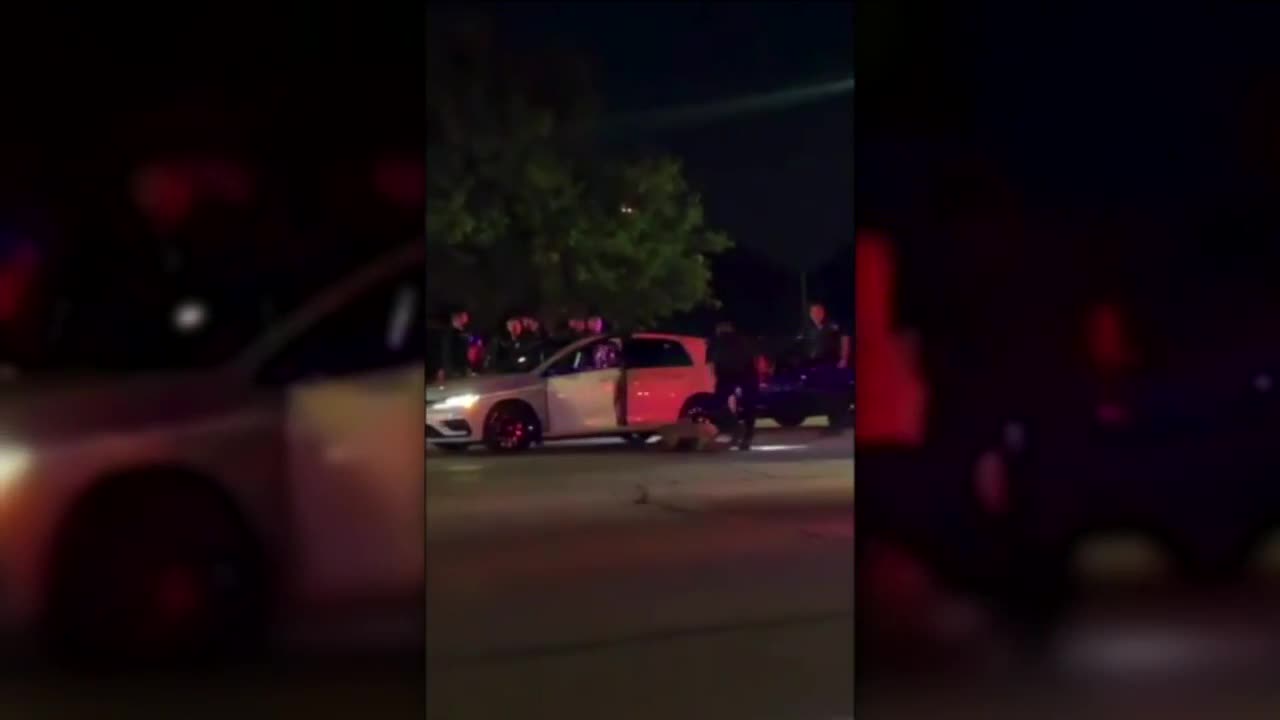 A couple says Wauwatosa police smashed their window and dragged them out of their car Saturday night after mistaking them for being a part of a protest caravan.

WAUWATOSA — A couple says Wauwatosa police smashed their window and dragged them out of their car Saturday night after mistaking them for being a part of a protest caravan.

Shayne Piering and Alana Kubicki said they were driving home from a late dinner when they wound up in-between police chasing reckless drivers near Mayfair Mall. The couple said the encounter escalated after a protester tried to break into their car and officers thought they were with the group.

“Somebody was running to our car so I locked the doors and the next thing I know, there’s a cop flying over the median, then there’s cops all in front of me and they slammed the dude against my car,” Piering said.

Piering said police arrested the man who tried to get into his car. Cell phone video from nearby drivers shows several officers swarmed his vehicle to find out who was inside.

“Next thing I know, I turn and look, I have cops with guns in my face and lights in my face, and then my window just shatters,” Piering said.

Piering said officers grabbed him out of the car and threw him to the ground.

“There was four cops on top of me,” Piering said. “They were handcuffing me, they were telling me, ‘why am I here?’ even though I was telling them I had no part of this. I was just going home.”

Kubicki said officers forced her out of the car as well.

Piering said it took about 35 minutes before police believed they weren’t with the protest group.

The Wauwatosa Police Department said officers were called to the intersection of Mayfair Road and North Avenue to stop a protest caravan in which several vehicles were being driven in the wrong direction and at high speeds.

When it comes to the police encounter with Piering and Kubicki, Lt. Joseph Roy said officers didn’t make a mistake.

“Due to people causing havoc in the area, officers had to do due diligence to find out who’s involved in crimes,” Lt. Roy said.

Lt. Roy said ten protesters were arrested between Saturday night and the early hours of Sunday morning. Piering and Kubicki were both released. The couple said police told them at the scene that the city of Wauwatosa would pick up the bill to fix their car.

“This is the reason people are doing what they’re doing because police are acting on instinct right now and I believe that’s what they did in our situation,” Kubicki said.

Kubicki and Piering said they have several bruises and minor injuries from the incident. They’re considering taking legal action against the Wauwatosa Police Department.