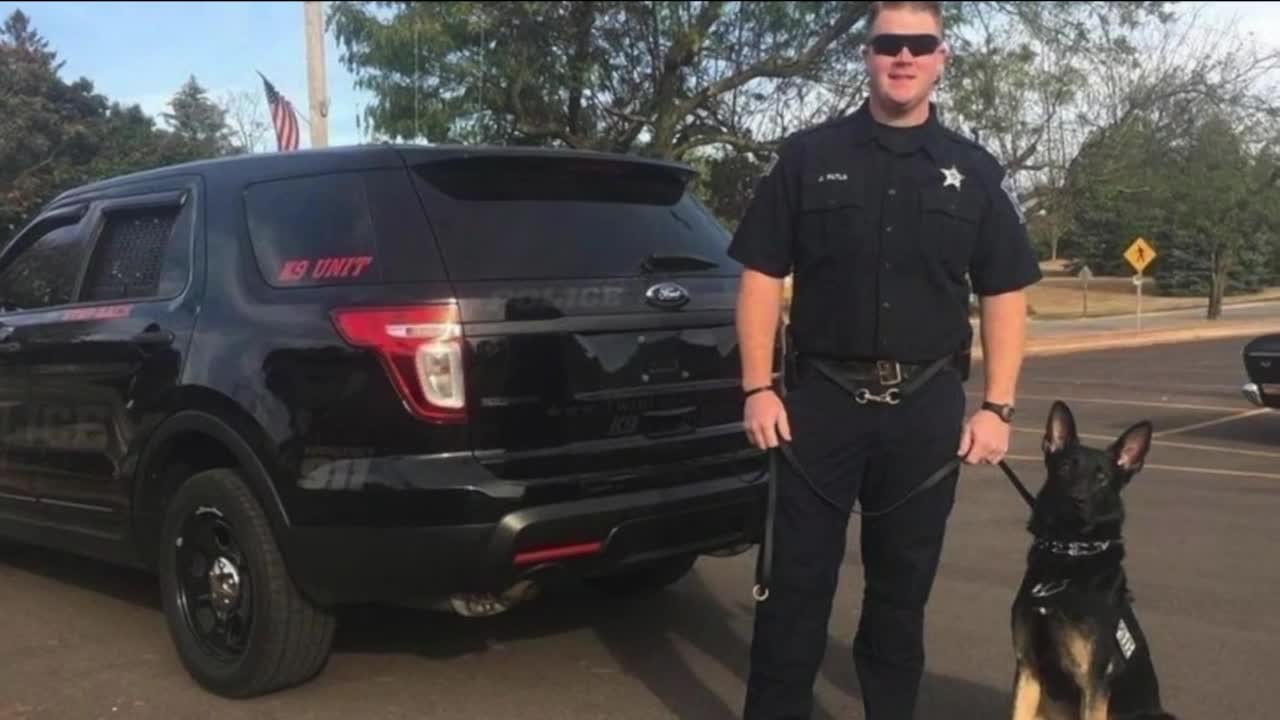 Residents of the village of twin lakes are rallying behind a local officer, looking to keep his K9 partner after leaving the department.

TWIN LAKES — For the last four years, Officer Joe Patla and K9 Rex have worked together serving as the first K9 team in the Village of Twin Lakes. The officer and his partner are loved by members of the community, who are now showing support after the village denied the officer's request to purchase the K9.

Officer Patla informed the Chief he was leaving the department for a different opportunity on June 17th, according to Chief Adam Grosz. Petla offered to pay the Village for the dog so the two could stay together, however that request was denied during a village board meeting Tuesday night.

"We learned from many industry expects that K9 Rex could, in fact, be reassigned to a new handler in the community and serve the community as he has the last 2 1/2 years," said Chief Grosz.

Members of the community are upset that the two will become separated.

"He is one of the top people in this community and everybody is devastated he is going to lose this dog after everything he has done in the community with Rex," said Dena Prestininzi, a Twin Lakes Business Owner.

Rex was purchased partially through donations raised by the community. Prestininzi said she has witnessed the bond the two have and that's why she is heartbroken that the pair will be separated. She believes that it's wrong to separate K9 Rex from the only family he has known.

"He has done everything with this four-legged police officer and I don’t understand why anybody would want to separate those two," said Prestininzi.

According to Chief Grosz, Officer Patla signed a six-year commitment to stay on as Rex's handler. In the contract, if the officer chooses to leave before the contract expires; the K9 becomes property of the village. Chief Grosz said after speaking with industry experts and doing extensive research, K9 Rex still has years left to serve the community and he is not meant to be a stay-at-home dog.

"According to all the experts we have spoken to, they said, that’s actually a disservice to the animal because he is a working animal, he is not a house pet and was not bread to be a house pet. He really enjoys working," said Chief Grosz.

The Chief said because of Rex is loved by locals, they want to keep him in the community, and the K9 is crucial to the department. Officer Patla offered to stay on the department part-time until a new handler could be found, but that decision was also turned down by the village board.

A Change.org petition was created in support of Officer Patla and K9 Rex. When checked on Wednesday afternoon, the petition had more than 6,900 signatures.

Prestininzi said she would be willing to raise funds to help keep the pair together.

"I just think they need to do what’s right, this is his dog and he has lived in his home and he’s raised him and trained him and I think it’s hard for a police officer, it’s really his partner," said Prestininzi.

In a last ditch effort to keep the pair united, a GoFundMe has been created to help raise funds to present to the village board to help Patla keep K9 Rex.

According to the GoFundMe, "With Officer Patla's contribution of $6,000, we are hoping to raise an additional $10,000 to present to the Village Board to fund a new dog in exchange for allowing K9 Rex and Officer Patla to stay together. If the Village denies this, all donations will be refunded," the page said.

Chief Grosz said once K9 Rex is turned into the department, he will be taken to a K9 training facility until a new handler can be found. The Chief said he has officers interested.