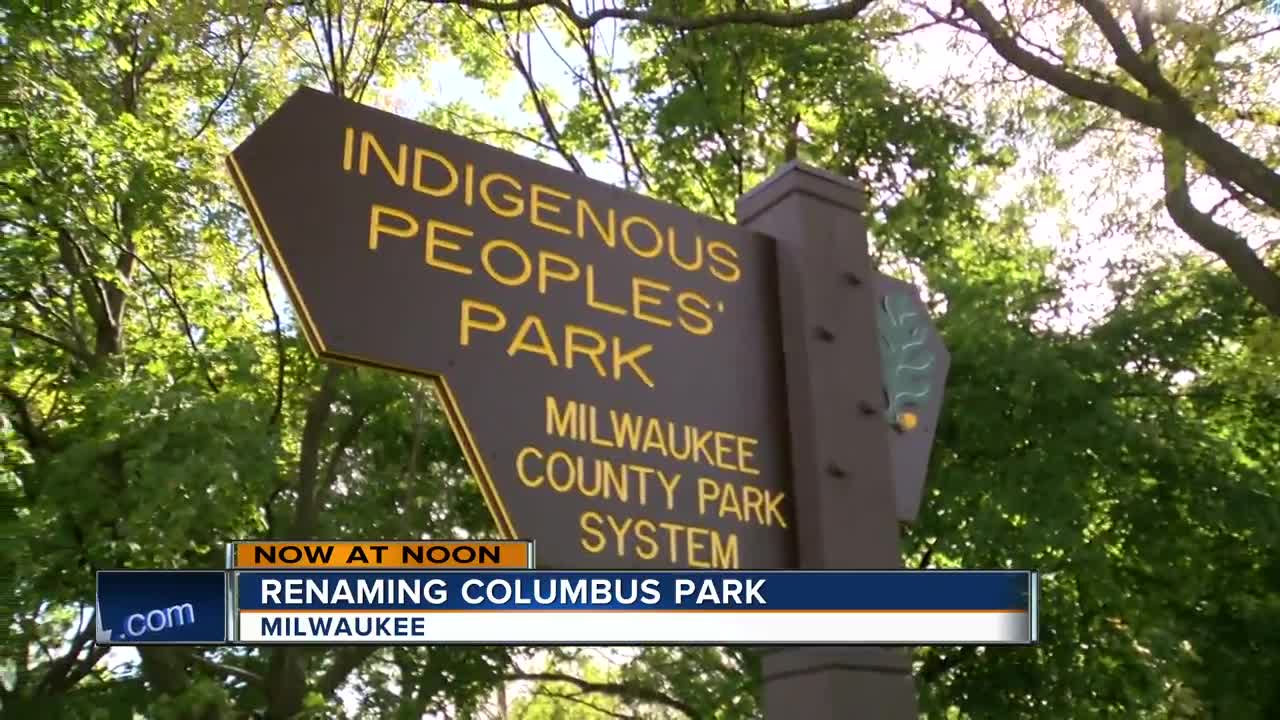 The state of Wisconsin has officially adopted the idea too with Gov. Evers designating the second Monday in October as Indigenous Peoples’ Day across the state.

MILWAUKEE — A Milwaukee County Park has a new name.

The state of Wisconsin has officially adopted the idea, too, with Gov. Tony Evers designating the second Monday in October as Indigenous Peoples’ Day across the state.

"For me, political correctness is a lot like moral correctness. It’s just what you do for your neighbors,” Rick Whaley said.

Whaley describes himself as an Irish-American activist. He said he’s raised his grandkids in this formerly Columbus Park neighborhood. He described Monday as monumental.

“I think as white Americans if we look back at history, we have to do it with honesty to find any kind of redemption,” Whaley said.

The park renaming process took years and was initiated by students at Franklin’s Indian Community School. Dawn Hamilton, a neighbor, said with the renaming of the park, she wants these students and all students of color to feel seen.

“I want them to feel like they are included," Hamilton said. "They’re people. They’re not just minorities in the community."

Wisconsin is home to 11 recognized American Indian tribes, and while other states have also moved away from observing Columbus Day, the day is still considered a federal holiday.