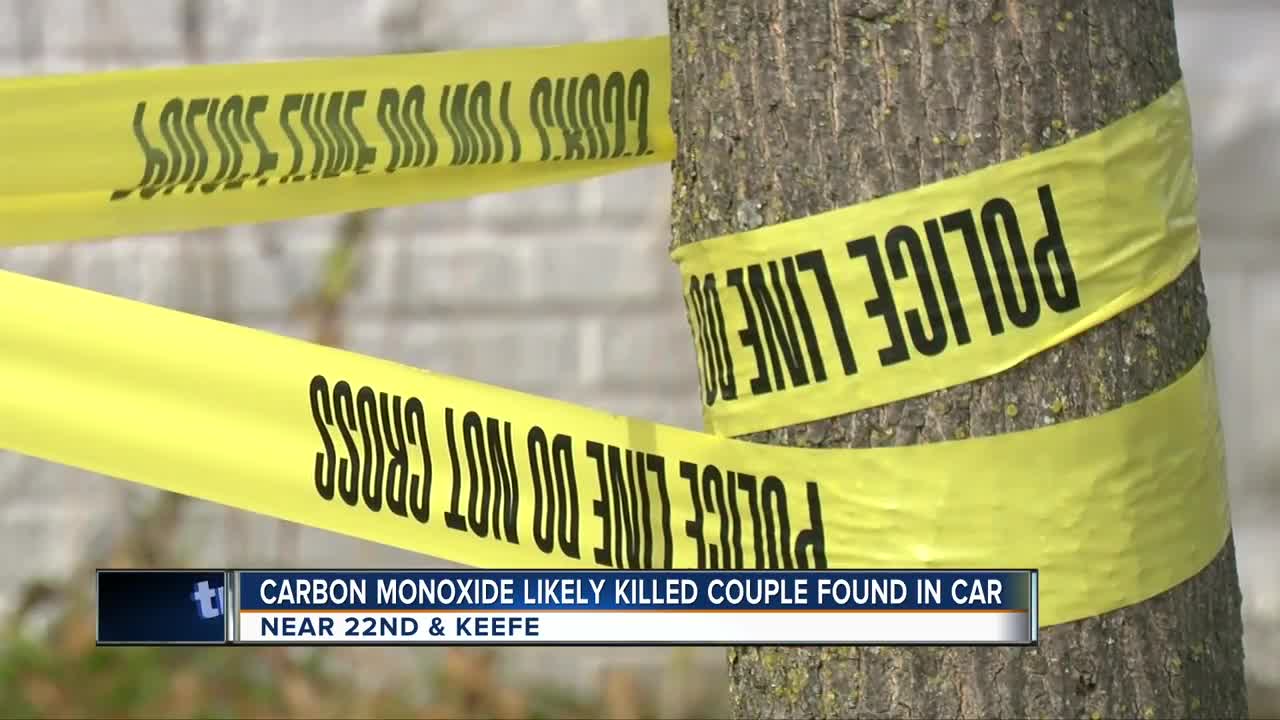 Authorities believe that carbon monoxide is likely to blame in the death of two found in a car on Friday morning.

MILWAUKEE — The Milwaukee County Medical Examiner's Office believes that carbon monoxide poisoning could be to blame in the death of a couple found in a running car on Friday.

Investigators with the Milwaukee Police Department said that a 20-year-old man and woman were found unresponsive inside of the vehicle about 7:23 a.m. at West Keefe Avenue and North 22nd Street. Heartbroken family and friends leaned on each other for support as detectives worked to get answers.

"Anybody that knows them knows that they had an extreme amount of love for each other," said Cassandra Ries, a friend of the couple.

She mentioned the victims were dating and the woman was her best friend.

"She's just a very outgoing person. She cared about everybody she knew. It’s gonna be very hard without her," the woman said.

She remembered the man as a person who cared about his family, and as a big basketball fan.

"Both of their families are very amazing and it’s just sad that they both have to go through something like this," said Ries.

The victims have not been identified. Their autopsies will be done on Monday.