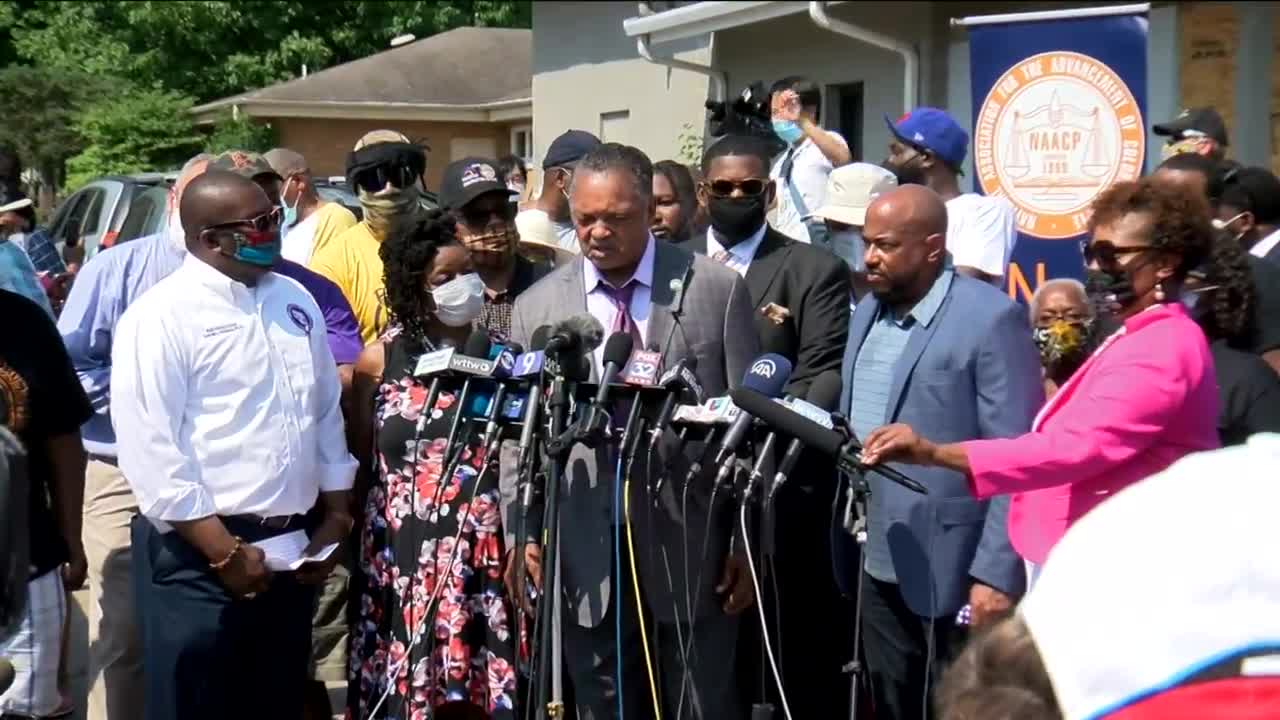 After nights of protests and violence, Jessie Jackson is calling for peace and an unbiased investigation into the Blake case.

KENOSHA — Reverend Jesse Jackson traveled to Kenosha Thursday afternoon to demand justice for Jacob Blake and speak about what Jackson calls a "stark double standard" between the arrest of Jacob Blake and alleged shooter Kyle Rittenhouse.

“We need officers that are not above the law,” Reverend Jesse Jackson.

This comes after video surfaced online of 17-year Rittenhouse who allegedly shot and killed two protesters and severely injured another was able to walk by police, without being arrested.

Rittenhouse was taken into custody the next day at his home in Antioch Illinois.

Some are questioning why the 17-year-old was allowed to carry a loaded long gun across his chest, without being questioned by police.

“I know there are people trying to give him a pass because he was protecting property, but I don’t need people to come in and protect my property,” said Wendell Harris Kenosha NAACP President.

Community leaders are now demanding answers as to why the 17-year-old was able to walk away, untouched, with a loaded semi-automatic weapon across his chest, while Blake who was walking away from police ended up with 7 bullets in his back, leaving him paralyzed.

The Department of Justice said Blake was unarmed as he was walking away from officers but he did admit there was a knife in the floorboard of the vehicle. It was after Blake opened the driver's side door, he was shot seven times by Kenosha Police Officer, Rusten Sheskey.

“Shot in the back 7 times....in front of his children...there's no justification,” said Reverend Jackson.

“The police let him walk by and don’t raise an eyebrow even though he has an assault weapon and they take him alive. That is the difference between justice in white America and Black America we have to have one justice system for every citizen,” said Crump.

Sheriff David Beth said in a press conference on Wednesday, he did not see the video of Rittenhouse walking away and he did not know if it was his deputies that Rittenhouse walked past, but he believes the fluid, high stress, and the chaotic situation may be one of the reasons why Rittenhouse was able to leave the scene.

“I don’t know where they are but if the officer happened to be in the vehicle the radio traffic was running nonstop…and you have to understand people were running in all directions,” said Sheriff Beth.

We did reach out to the Police Department and Kenosha County Sheriff's Department for a reaction to the comments but as of 5:00 p.m. we did not hear back from them.