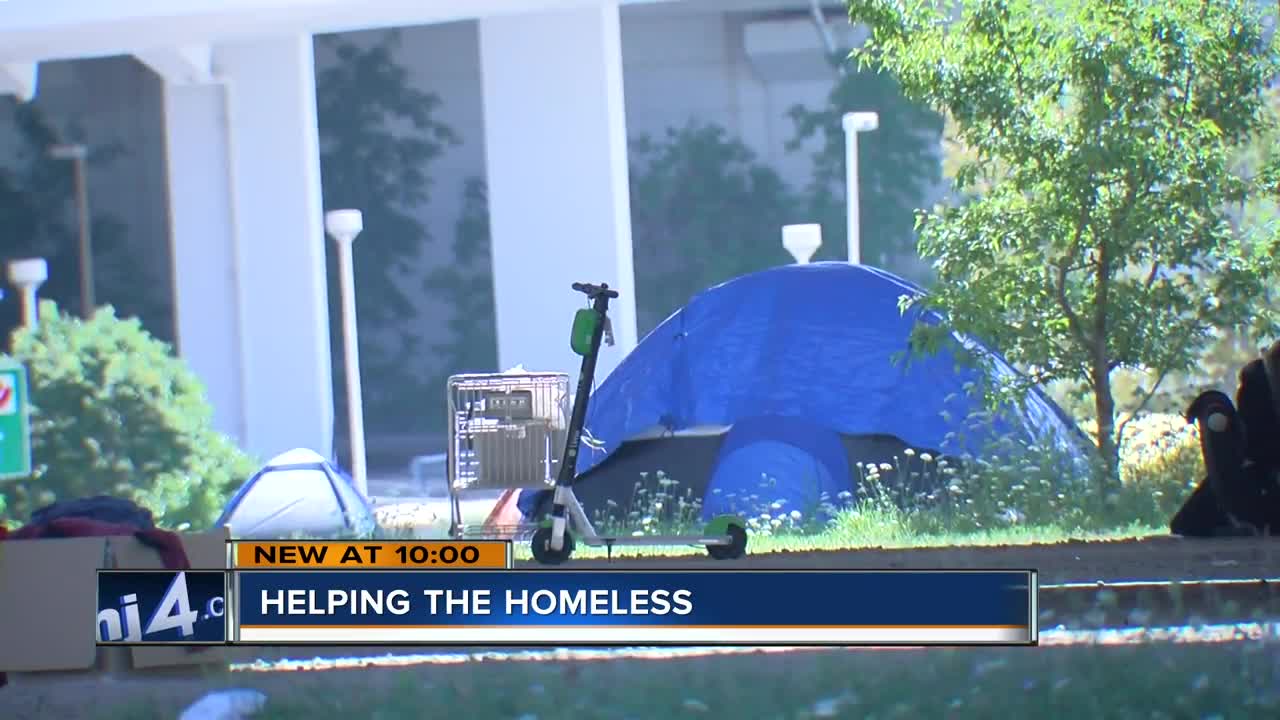 MILWAUKEE — The number of people living under the overpass in downtown Milwaukee is growing, but city workers said they're trying to change that. Many have dubbed the area between Clybourn Street and Saint Paul Avenue "tent city."

"Oftentimes, when folks drive by, they only see the tents, but these are human beings," said Eric Collins-Dyke.

Collins-Dyke, the outreach services manager for the Milwaukee County Housing Division, said there are between 50 and 60 people living in the camp.

We talked with about a dozen folks, but only one let us quote him. Daniel is from Wauwatosa and has been been homeless for years. Daniel has been living under the overpass on and off for about six months.

Most of the people we talked with said this is a place of community.

"The proliferation of the tents from April to now has expanded pretty quickly," said Collins-Dyke.

Collins-Dyke said it's a combination of more homeless and people choosing to relocate to this area to be in close proximity to services.

"We understand that the optics have created a certain perspective in the community, but we also want folks to know that the optics don't necessarily correlate with what's happening there," said Collins-Dyke.

"I think the entire homeless outreach community has the same goal at this point, and that's to get everyone indoors before it gets cold out," said Collins-Dyke.

Shenicqua Billings brings lunch to the camp a few times a month.

"Simple things like making sandwiches or looking what's in our cabinets and seeing what it is that we can make to kind of help other people," said Billings.

Her group is one of dozens dropping off supplies.

"I used to be homeless, and I know what it feels like to be in a situation like that," said Billings.

"I think the entire homeless outreach community has the same goal at this point, and that's to get everyone indoors before it gets cold out." — Eric Collins-Dyke, outreach services manager for the Milwaukee County Housing Division

Most of the homeless said a small gesture goes a long way, but what they really want is a home.

"There's always tomorrow, and tomorrow will be a better day," said Daniel.

The homeless told us water and toilet paper are their biggest needs.

The county needs money. They use a mix of county, city and private dollars to get people in permanent housing, but they need more. If you're interested in donating, click here.