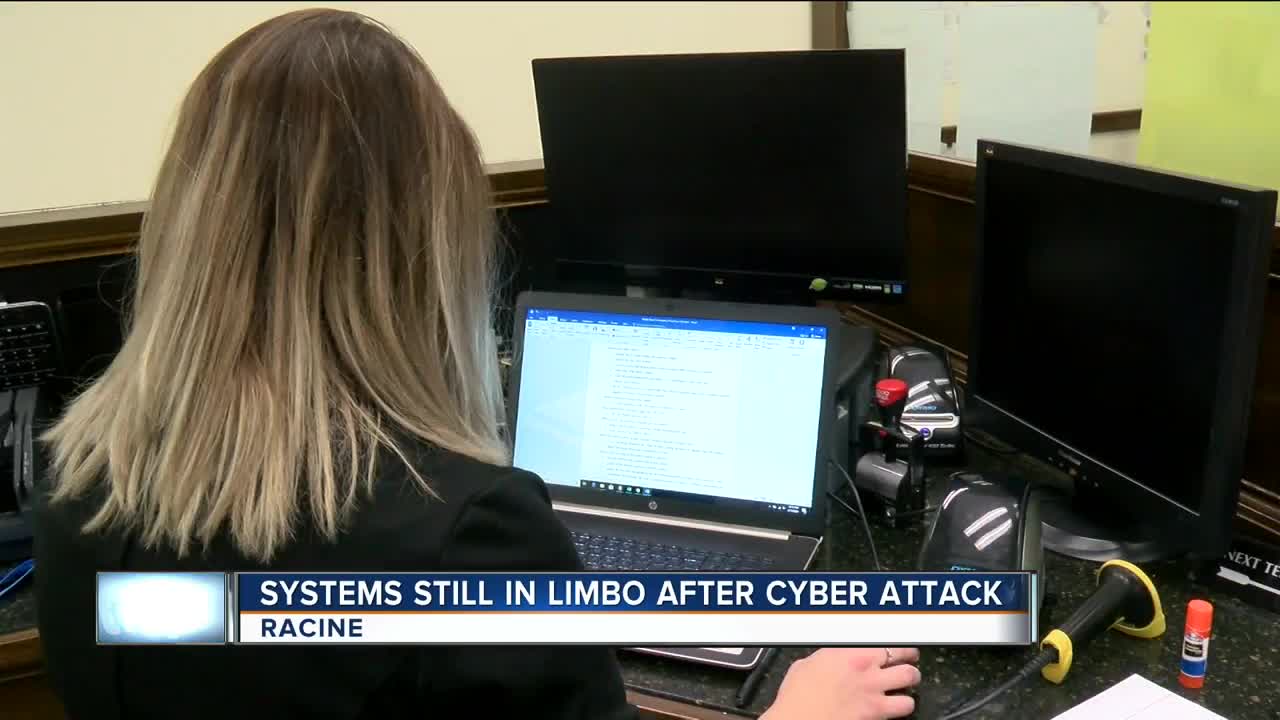 Nearly two weeks after a cyberattack, the City of Racine is seeing slow progress as they work through the aftermath.

RACINE — Nearly two weeks after a cyberattack, the City of Racine is seeing slow progress as they work through the aftermath.

City officials say every department is functioning and open. Some work systems are back up and running, but a lot of the work is being done manually as the investigative team checks and releases work systems once they're deemed safe.

The City Clerk says voting processes were not affected by the hack.

The finance department's essential applications are back up so employees could be paid. However, email and voicemail are still down.

"I would say it probably almost doubles our time being able not having the computer systems up," said Tara Coolidge, Racine City Clerk.

"It’s not only a balance of old versus new it’s a balance of taking what’s coming back up and incorporating it into what’s not currently up yet," said Coolidge.

"They pretty much completed the majority of our systems. There are certain things that they’re looking more closely at but for the most part we’re ready to release and start rebuilding," said Megan Dudzik, Project Manager in the IT Department.

Dudzik says the network team has been working around the clock since the hack.

The most time-consuming piece is a precautionary step resetting more than 600 city computers and devices, that includes technology in police squads, fire trucks, and community centers.

"What's next is they're hopefully able to definitively tell us what happened and we will build back up, get everybody back online, clean our systems, and make some adjustments in our security measures," said Dudzik.

Dudzik expects the process to reset hundreds of devices will pick up once a third-party team joins them, that could happen as early as next week.