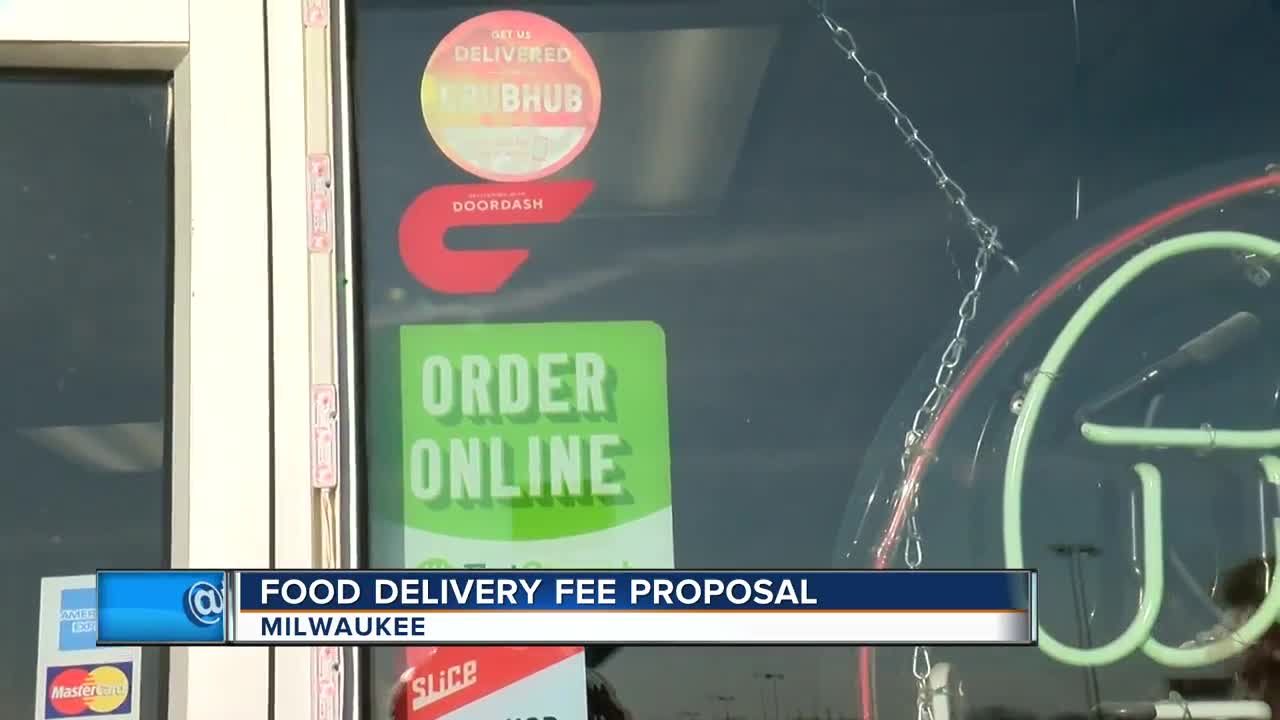 The next time you order from a food delivery service like Uber Eats or Grubhub, it could cost you more in Milwaukee. A city leader proposed implementing a 60 cent fee on customers of these third party delivery services.

MILWAUKEE — The next time you order from a food delivery service like Uber Eats or Grubhub, it could cost you more in Milwaukee. A city leader proposed implementing a 60 cent fee on customers of these third-party delivery services.

Buddy's Pizza on N. Teutonia partners with most of these companies to attract more customers. The restaurant has several tablets ready to alert them of third party orders.

Boothe says they have their own delivery drivers, but some customers prefer the convenience of ordering with just a few taps on their phone.

"Right here is one of our Eat Street orders that just came through our fax machine," Boothe said.

City lawmakers including Alderwoman Nikiya Dodd want to add an extra 60 cent fee to orders like this. Since it would be paid by the customer and not the restaurant, Buddy's Pizza doesn't mind it.

"If that's how you want it, that's how we going to give it to you," Boothe said.

Dodd thinks the fee could make millions to help pay for road repairs such as potholes and even public transportation.

"You're ordering food through this particular entity, Uber Eats or Door Dash, whatever, then the roads are being used then that's a service," Dodd said.

Dodd says this fee wouldn't require approval from the state legislature. Although, the city attorney says that it is not clear.

"We're trying to be creative in a really fiscally restraint position that the city is in," Dodd said.

Uber Eats sent us a statement in opposition:

"We hope the City Council will listen to restaurants and eaters before rushing through a new tax that could hurt small businesses while exempting large delivery companies," said an Uber Eats spokesman.

"It doesn't seem like a huge amount for something that could benefit a lot of people," Boettinger said.

The Pubic Works Committee in which this ordinance was introduced has requested more information about how it would work. Dodd plans to provide that information and hopes the proposal moves forward to a full Common Council vote soon.