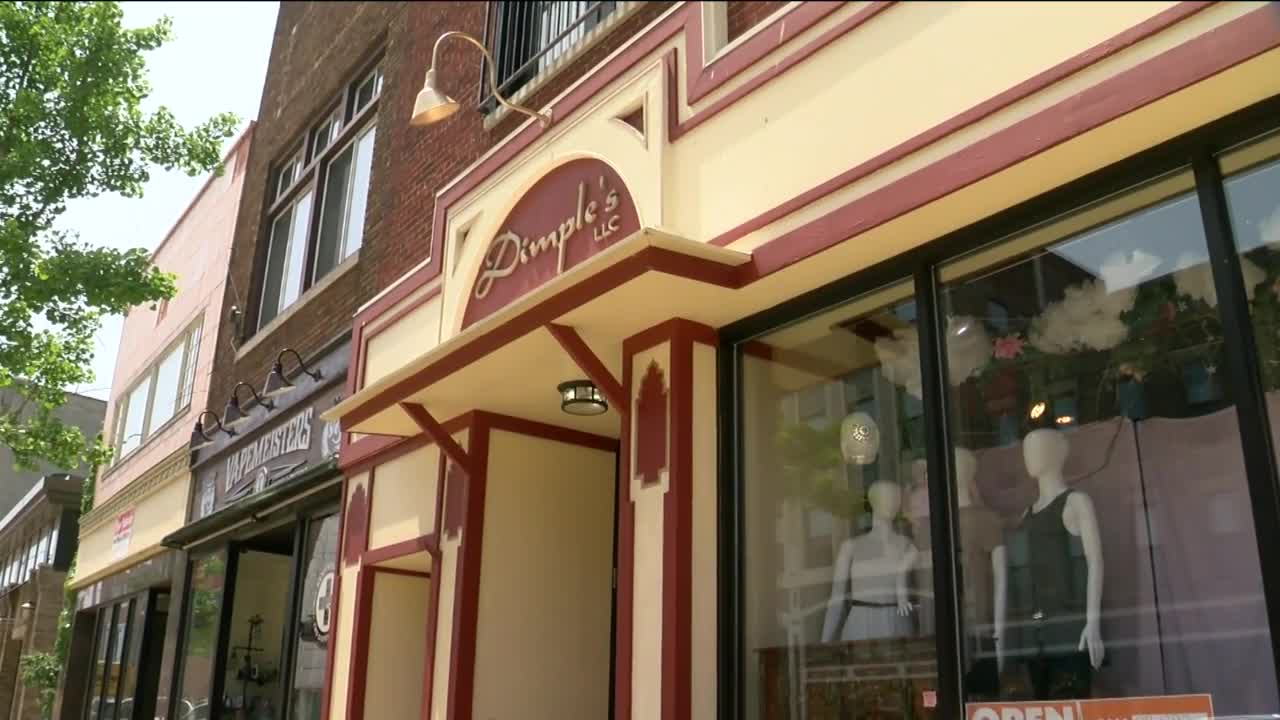 The owners of Dimple's in Racine were denied a small business grant after attending a rally in Madison.

RACINE — A Racine small business said they are being denied grant money due to their participation in a protest at the State's Capitol back in April.

Dimple and Denis Navratil, owners of Dimple's Fine Imports in Racine said they applied for a Small Business Emergency Assistance grant twice and were denied both times. Dimple said when she pressed the Mayor on the reasoning as to why they were denied, she was told it was a compliance issue.

"He told me it had to do with compliance. I said what compliance? My store was closed until Gov. Evers told me I can open and he said no, it was about being at the rally," said Dimple.
The rally was held to protest against Governor Evers' extension of the state's 'Safer at Home' order.

TMJ4 initially interviewed Denis at the rally, he was wearing a mask and socially distancing from others in the crowd. During the initial interview, Denis said he was attending the rally to support opening the state but in a safe way.

"I think you can care about both things at the same time," said Denis.

According to the Mayor, the small business grants were given out through a competitive grant process. During the two rounds of grants, the City received 357 applications totaling almost $3 million in requests. The Mayor said, they had a total of $900,000 to give out, which went to 164 businesses.

"That means we had funding for less than half of all the applicants. Many great City businesses didn’t get funded because there were simply not enough funds to go around. However, if an applicant was in violation of laws or city ordinance, not conforming to zoning requirements, or hadn’t paid their taxes, that applicant was less competitive."

"As Mayor, it is my duty to protect the public health of our City's residents. While I certainly support the rights of free speech and assembly, I cannot in good conscience send scarce City resources to a person or business that willingly jeopardized public health, especially when they were competing with other businesses who were not as flagrantly violating safety measures. If an applicant was openly violating the statewide "Safer at Home" order and the public health emergency under which the City was operating to help mitigate the spread of coronavirus, that applicant would compete less favorably. For instance, participating in mass gatherings outside of our community, such as a rally with a thousand or more individuals at the State Capitol, only served to put City residents at unnecessary risk, and was certainly factored into the funding determinations," said Mayor Corey Mason.

Denis and Dimple said when they heard this response from the Mayor, they were shocked.

"I feel a mayor is someone we look up to in our time of our need, that we go to for help, that will work with us and not punish us because of our freedoms of speech," said Dimple.

The small business owners said although the grant money would have been helpful, at this point they are now fighting for freedom of speech.

"While the money would be helpful, it’s not a make or break issue, we are upset our first amendment rights are being denied,"said Denis.

The business owners are working with a law firm and considering taking legal action.