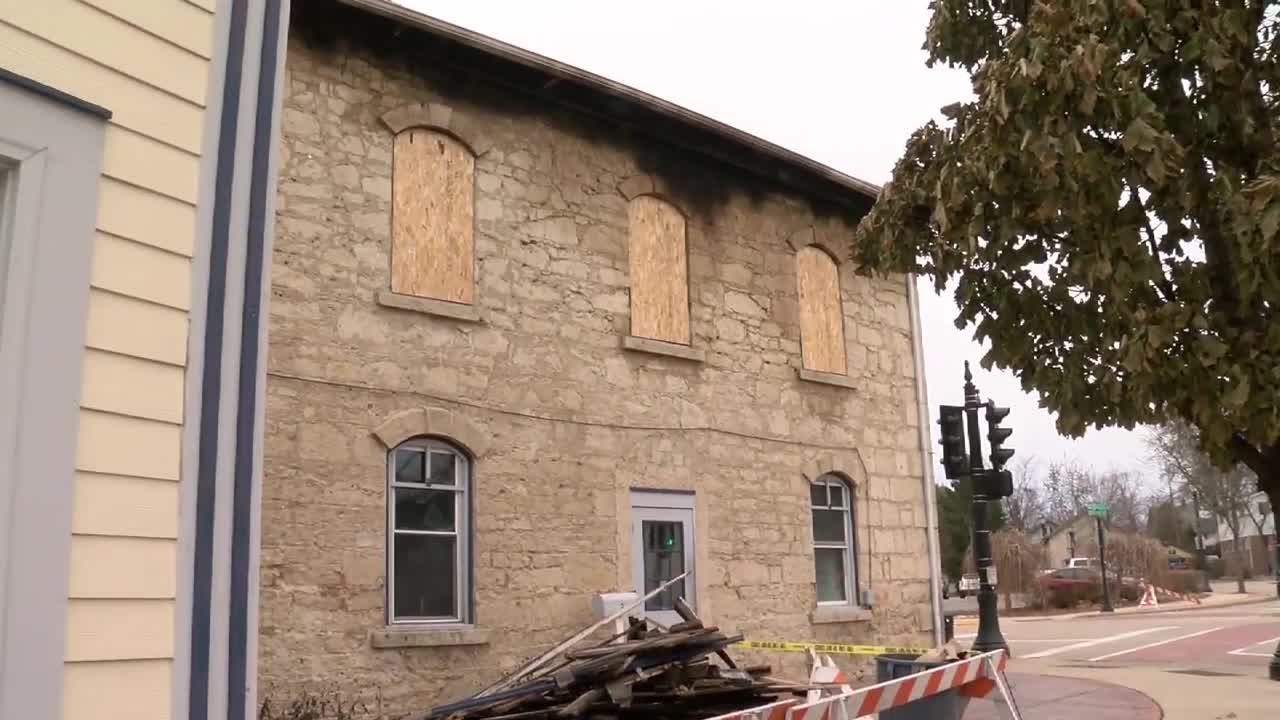 The brothers were honored during the Grafton Tree Lighting ceremony

GRAFTON — Two brothers were honored for their dedication to their hometown after a fire destroyed their iconic auto repair shop.

Richard and Robert Reick own Heinz and Sons 57 Auto Body in downtown Grafton. A fire tore through the building on Wednesday, but it's not a total loss.

It's hard for the brothers to believe the shop will never be the same.

"That was our life. That was every day. That was what we did and what we got up and went there for 42 years," said Richard Reick. "We miss it," he said.

The shop has been a coveted resource in Grafton, operated by the owners for nearly 60 years.

"It's a shock when you get that call and it's still kind of surreal," Robert Reick said. "But we can fix it up, and make it better, and go from there."

"Certainly your heart goes out to them," said friend Steven Kittleson. "But they were tough on the wrestling mat, and they are tough in life, and I think they will survive this very well," he said.

Beyond the shop, the Reick brothers have coached wrestling at Grafton High School, started an American Legion chapter and supported dozens of other local organizations. They even started the village's annual tree lighting ceremony in 1999. For their commitment to the Grafton community, the brothers were honored with the Citizen of the Year Award on Sunday night.

The brothers are even more humbled by the award and the support they've received from their hometown during their time of need.

"You know we get up every day and go to work," Richard Reick said. "We do our jobs, but we just try to support the community and make it a better place to live."

The Reick brothers plan to rebuild as they clean up in the coming months.