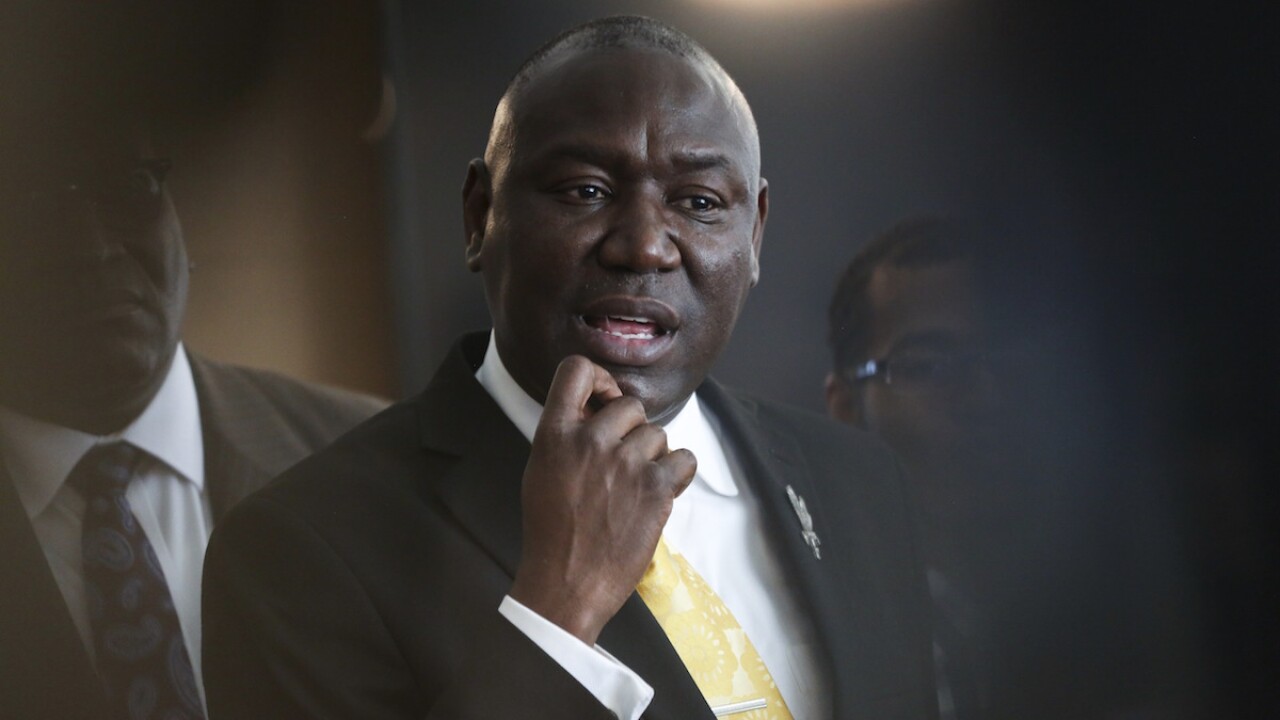 Copyright 2019 The Associated Press. All rights reserved
Amr Alfiky/AP
Shaquille Dukes&#39; attorney Ben Crump speaks during a news conference in Chicago, Thursday, July 11, 2019. Dukes stated that he believes he was wrongfully arrested last month outside FHN Memorial Hospital in Freeport, Ill., while still attached to an IV. An independent investigator found no evidence of police misconduct or racial bias in the arrest of Dukes, a black patient who was accused by a white security officer of stealing equipment when he stepped outside a northern Illinois hospital last month while still attached to an IV stand. (AP Photo/Amr Alfiky)

KENOSHA — Ben Crump, the attorney for the families of George Floyd and Ahmaud Arbery, will be representing Jacob Blake and his family after Blake was shot and seriously injured by a Kenosha officer Sunday night.

Crump shared the news on his Twitter Monday morning saying he will work to seek answers from the police department, and justice for Blake.

The family of Jacob Blake has retained @BenCrumpLaw. We will seek #JusticeForJacobBlake and his family. We demand answers from @KenoshaPolice. pic.twitter.com/hpOr2tmdif

In a video circulating social media, Blake appears to have been shot in the back seven times by the Kenosha Police Department. Additionally, Blake's fiancée came forward saying his kids were in the car and saw him get shot.

Before Crump was even announced he was representing Blake and his family, he shared his own reaction to the shooting on Twitter. He said, " Wow. This Black man was shot several times in the back by Kenosha Police today. He was getting into his car after apparently breaking up a fight between two women. He’s in critical condition now. We demand JUSTICE!"

Crump represents the families of George Floyd, Breonna Taylor and locally, the family of Joel Acevedo, who died after an altercation with an off-duty Milwaukee police officer.