Beer-infused pizza from Palermo's and Leinenkugel's 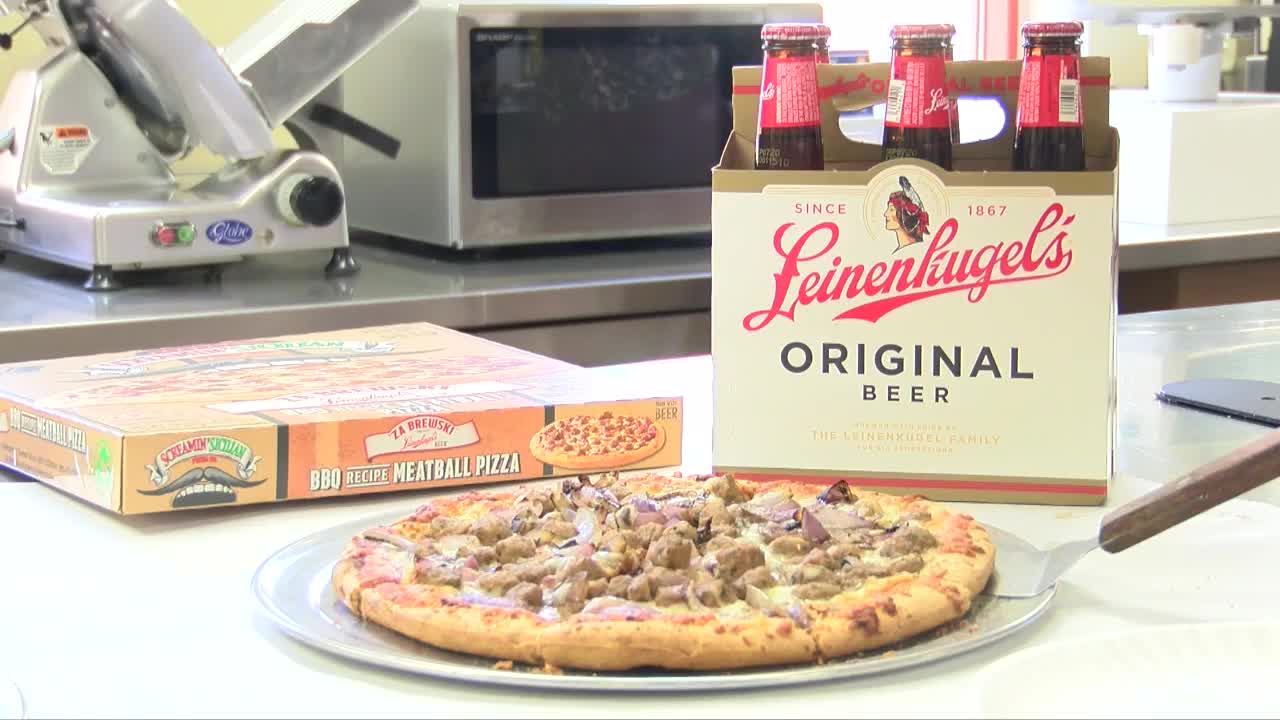 Pizza and beer is the ultimate combo. Now, two iconic Wisconsin brands are literally combining the two for a unique pizza creation.

MILWAUKEE — We all know that pizza and beer is a winning combination. But what if I told you two iconic Wisconsin brands are collaborating to put the two together, literally.

"We thought it was a cool idea. We didn’t know how it would turn out, and we did lots of research bringing in lots of different beer. Bringing in different styles of beer whether it's a stout or a porter or I.P.A and it turned out that Leinenkugels Original was the winner,” Nick Fallucca, the Chief Product and Innovation Officer at Palermo's, said.

Fallucca is one of the people who helped make it possible. It also meant he tried a lot of different iterations of this pizza before him and his team decided on the winning recipe. In fact, there were four winning recipes: pepperoni, hot Italian sausage and pepperoni, barbecue meatball, and Philly cheesesteak.

It wasn't that hard to make either. They literally just pour the beer into the dough mixture. The tricky part was the amount of beer, the temperature of the beer, and the type of beer.

Either way, the two iconic Wisconsin companies came up with something uniquely Wisconsin.

They made one extra change too. Rather than having traditional marinara sauce on the pizza, they use beer cheese for an extra hearty and Wisconsin flare.

The pizza is on shelves at most major grocery stores and costs around $8.99