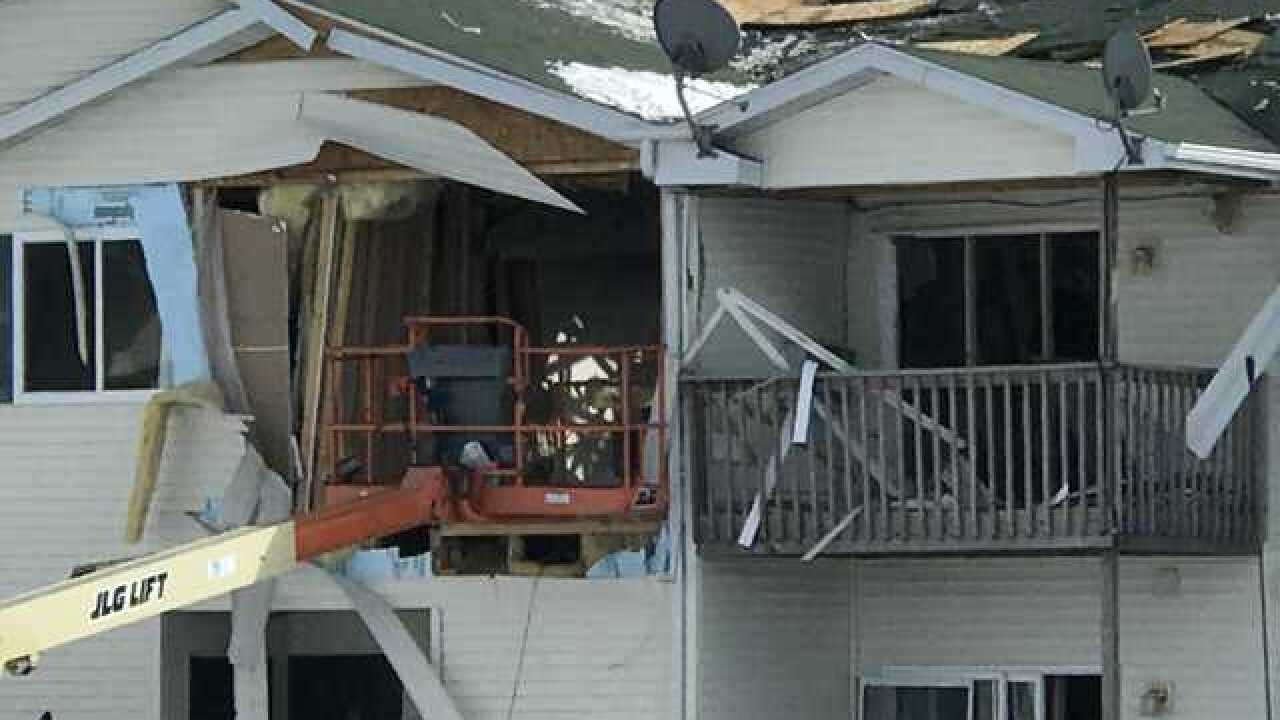 The Beaver Dam apartment building where an explosion killed a man one week ago will be burned down Wednesday.

The five surrounding apartment buildings in the same complex will have to be evacuated prior to the burn, which is scheduled to begin at 10 a.m.

Nehls added the city will provide shelter for evacuees with nowhere to go.

Area roads will also be shut down starting at 9 a.m.

City officials said they hope roads can reopen Wednesday evening. That's when they also hope evacuated residents will be able to return to their homes.

Last Monday, an explosion at the Village Glen Apartments left one man dead.

The building, at 109 Knaup Dr., was later searched by investigators who found volatile, homemade explosives in the unit where the blast occurred. That required them to carry out a controlled detonation to blow up the remaining chemicals last Wednesday.

Police Chief John Kreuziger said it's likely one of the explosions scattered the volatile chemicals, which he called bomb-making materials, into the insulation of the building.

Fire Chief Alan Mannel said first responders will light both ends of the building on fire Wednesday and let it burn towards the middle.

"We've been advised to let it burn as hot and as long as possible because it is heat that degrades the explosive materials," Mannel said.

He declined to say what the dangerous chemicals inside the building are.

"We can't comment on what investigators think it is, but it's very volatile, it's unstable, and we've been advised to not let anyone into the building," Mannel said.

The Fire Chief said the EPA will be monitoring the air in the vicinity before, during and after the burn.

He said he doesn't anticipate the smoke from the fire will endanger the public.

"All smoke is toxic. This will be no more toxic than any other smoke," Mannel said.

Manel said more than 20 fire departments will participate in the effort. He said they'll only work to combat the flames from the controlled burn if they are threatening any of the nearby structures.

The man killed in the blast has still not been identified.

"The reason we haven't released the name of the deceased is because a positive identification hasn't been readily available due to the circumstances of the situation," Kreuziger said.

He added the FBI is assisting Beaver Dam P.D. with its investigation.

"Quote me carefully: there is no, known link to terrorism at this time," the Police Chief said. "But we're still investigating."

The roughly 30 residents who live in the building earmarked for burning won't be able to get back in and retrieve any of their belongings.

A fund has been set up through Horicon Bank to collect donations for the displaced residents. As of Monday evening, the funding contained roughly $7,800, according to the bank.

St. Vincent de Paul of Dodge County has been assisting the residents with food, clothing, personal items, and even hotel vouchers. The organization has also offered to help them find and furnish new apartments.

City officials said the displaced residents have all been paired up with caseworkers from Dodge County Human Services & Health, who are providing additional support.