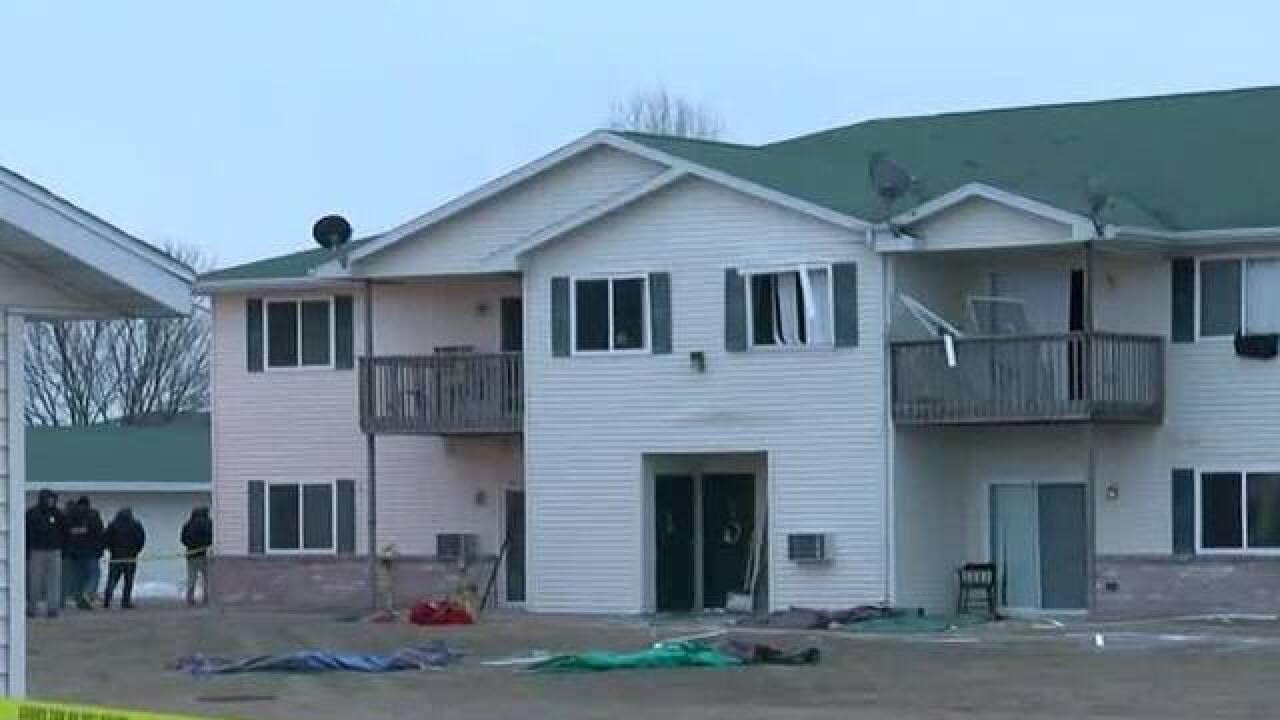 BEAVER DAM, Wis. (AP) -- Police in Beaver Dam still have not been able to recover the body of a man killed in an explosion at an apartment.

The unidentified man died in the explosion Monday afternoon. Police Chief John Kreuziger said a news conference Tuesday that chemicals in that apartment are still too volatile for officers to enter the unit.

Kreuziger says authorities entered Monday, determined the man was dead and took photos of the chemicals and what the chief says are "explosive devices."

"We’re trying to do a background right at this time to determine what we know about him and we do not believe we’ve had contact with him locally," Kreuzinger told TODAY'S TMJ4.

He says officers are currently working in the garage at the apartment building where chemicals have also been found.

Agents from the federal Bureau of Alcohol, Tobacco and Firearms are helping local law enforcement agencies investigate. Some tenants who were evacuated Monday have not yet been allowed to return to their apartments.

The apartment complex's assistant manager told TODAY'S TMJ4 that there is no water or electricity in the building where the blast happened, and part of the ceiling is falling apart.

Evacuated residents are staying at hotels or with family and friends.

“I thought I’d be able to go back and you know...I want to get my cats out of there and my work clothes and medicine," said resident Marlene Olsen.

“I want the police officers to be safe too I don’t want them to go in there too early but I’d like to get back," said resident Dave Austin.