BASE jumper rescued after getting tangled up in tower wire 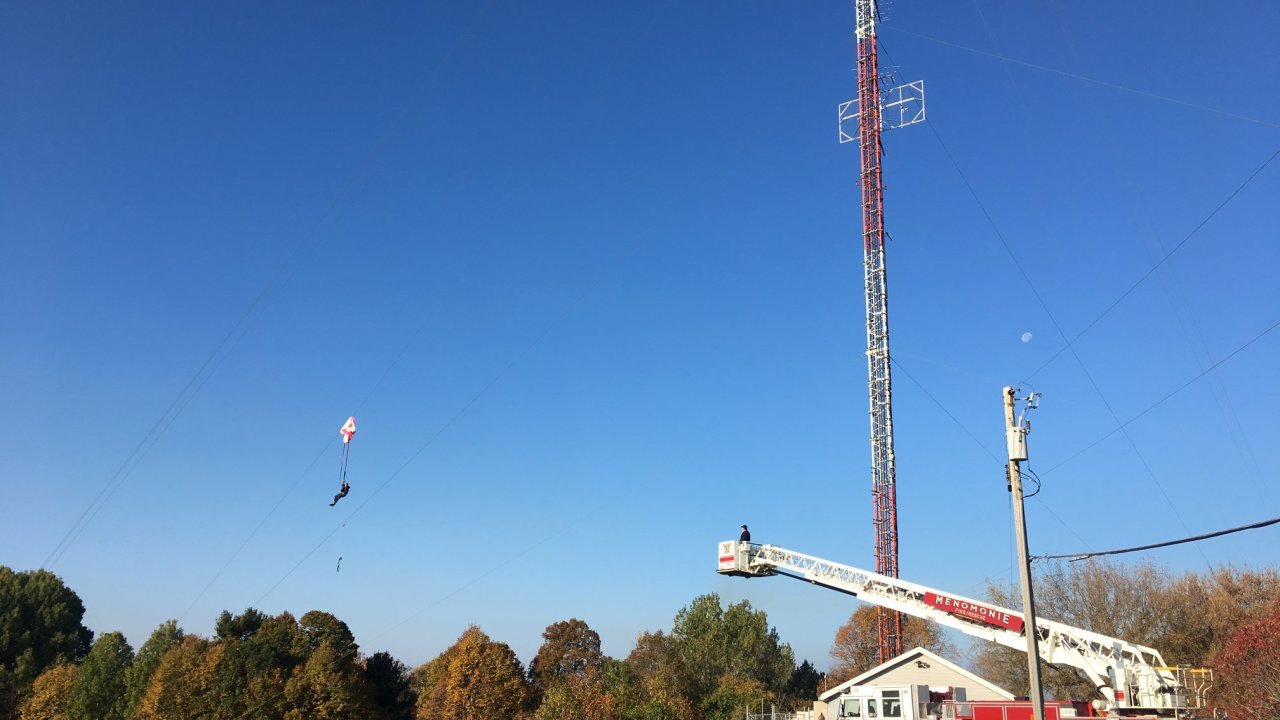 MENOMONIE — A 20-year-old base jumper from western Wisconsin who got caught in cable wires after leaping off a 300-foot high tower is facing a felony charge.

Mason Barth, of Neillsville, was charged Friday in Dunn County District Court with criminal trespass of a transmission company after jumping from the Charter Communications tower in Menomonie on Thursday.

BASE is an acronym for building, antenna, span and earth. BASE jumpers typically leap from tall structures and parachute down.

Menomonie police say Barth called 911 after his parachute became entangled in the guy wire of the tower about 50 feet from the ground. He was treated for injuries at a local hospital and released.

Barth did not immediately return a phone message seeking comment.