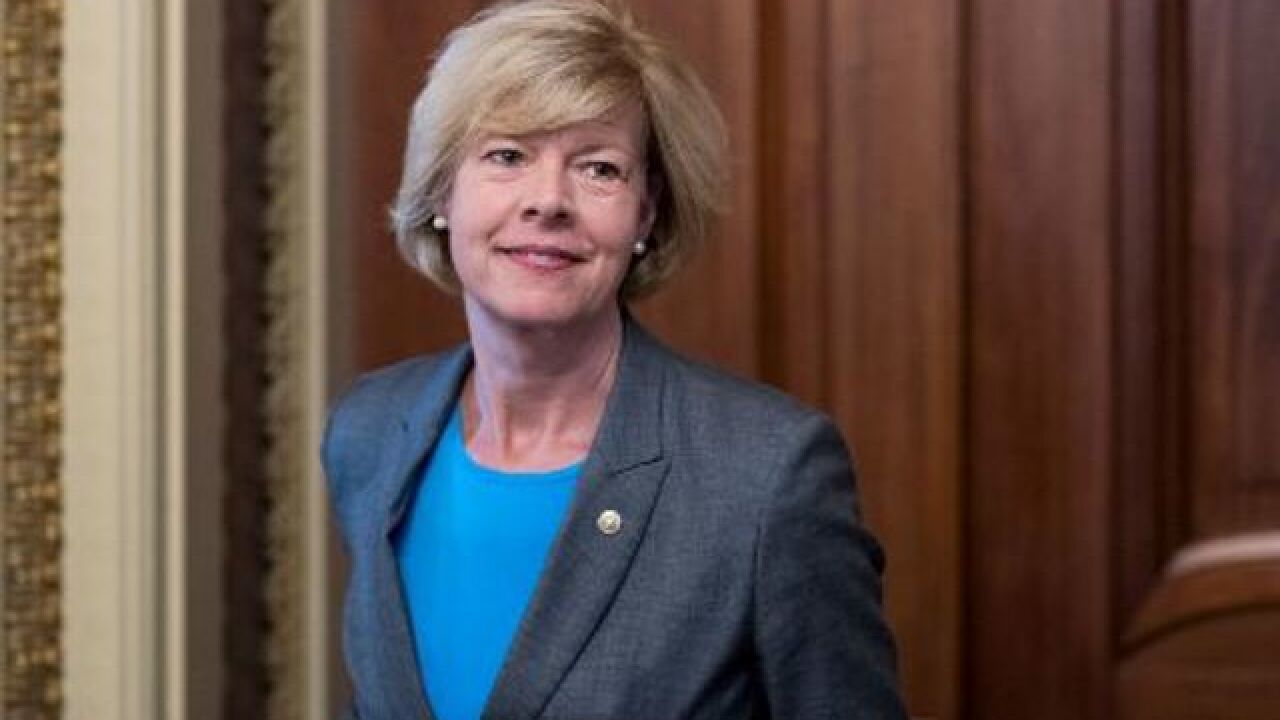 WISCONSIN — There's a lot on Senator Tammy Baldwin's list of things to do these days. There's the George Floyd protests and trying pass laws to reform the police department, to the COVID-19 virus that is still spreading.

But it's also a presidential election year, and her name is coming up on another list as a potential running mate for former Vice President Joe Biden.

Baldwin says she has offered her insight to the presumptive Democratic presidential nominee but would not say if she is being vetted when I asked.

"Were he to ask me to be his vice president, I would surely say yes," said Baldwin. "But I will keep my conversations in confidence - we just need to win."

Democrats lost Wisconsin for the first time since 1984 in a presidential race to Donald Trump. Baldwin has won two statewide senate races.

"Look, my priority is that Joe Biden becomes the next president of the United States," said Baldwin. "I will help him in any way possible."

For now, Baldwin is staying busy in Washington. Friday she visited the Black Lives Matter Plaza in Washington D.C. saying she is in solidarity with the peaceful protesters calling for change.

The Wisconsin Democrat has signed on to support the Justice in Policing Act that includes creating a national police misconduct registry to track complaints and discipline records of bad police.

"And that you don't see officers that are bad actors being fired from one department and going to another because the other jurisdiction has no way of finding out the misconduct," said Baldwin. "We need that transparency."

What about calls for "defunding police?" Baldwin says it has become a slogan that some are trying to "weaponize" in a negative way.

She says police are still needed for public safety, that hasn't changed. But she thinks there needs to be a conversation about what public safety is.

"We ask our police officers oftentimes to shoulder burdens far beyond their policing mission. Whether that's acting as mental health a counselor or social worker.

Baldwin says perhaps its time to talk about how to deal with those societal issues. "Not in a criminal justice system and incarceration but perhaps in a medical system or public health system."