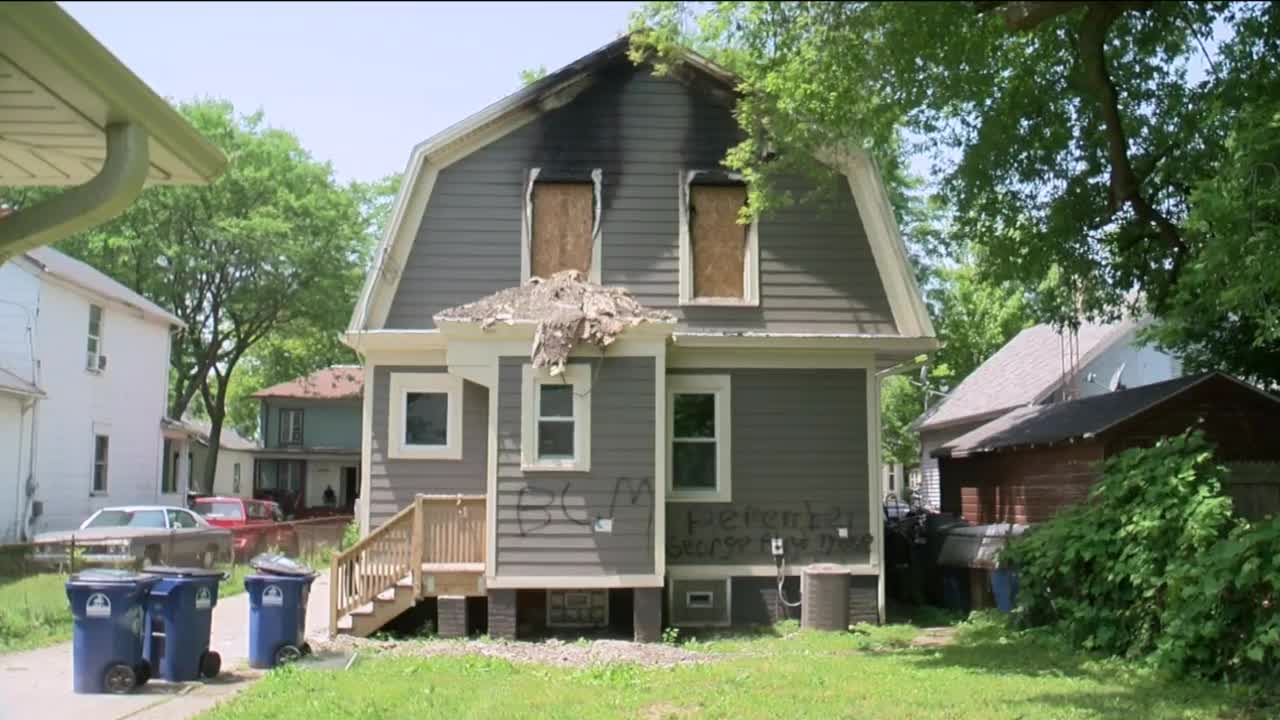 Investigations are underway at a house in Racine after it is set on fire again, six months after the first arson.

RACINE, Wis. — For the second time in just over 6 months, Racine Police are investigating an arson at the same house.

The second fire at the home on Grand Avenue near 14th Street happened shortly before 5 a.m. Sunday.

During the January fire, Miller recalled graffiti on the house said "Hood Burn Crew" and "HBC." He added that at the time investigators were not familiar with a group by that name.

Tyrese seemed to refer to the Tyrese West, a Racine teenager who was killed by Mount Pleasant Police last summer.

Miller said the house did not have graffiti on it before the weekend and called the tagging misleading, adding that it does not reflect the people who probably actually did it.

"It’s disheartening to think that with all the divisiveness we have as a culture in our society that we continue to push it further. I mean how brazen how awful does a person have to be to throw this on an organization that didn’t do it," said Miller.

This house is part of the non-profit's effort to provide affordable housing.

A family that planned to move into the house before the first suspected arson did not walk away then. That same family was set to close on the house Monday afternoon until another suspected arson unfolded. The buyers said they would look for a new home elsewhere.

Miller suspects the same person is responsible for both fires.

"The penmanship, the paint, the height. Everything about it looks so much like the other one, but it would be hard to believe that it wasn’t the same person," said Miller.

Racine police and fire are looking for information on this case. Leave an anonymous tip with Crimestoppers at (888) 636-9330.