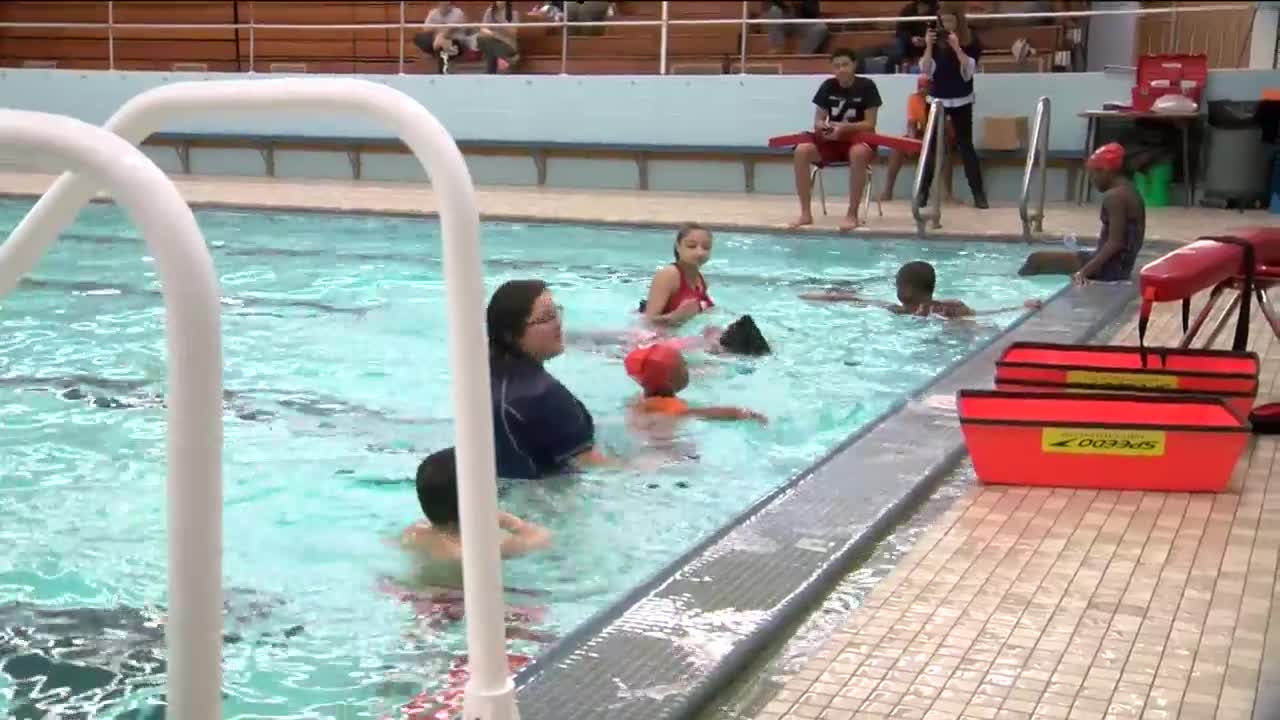 The Milwaukee Recreation Department gets ready to add more classes to a new $5 program. The idea is to cut down on the drowning rates and teach more people to swim.

MILWAUKEE — The Milwaukee Recreation Department started a new program offering discounted swim lessons to underserved communities. The idea is to cut down on the drowning rates and teach more people to swim. The $5 swim program is particularly focused on the north side of the city.

Right now, African American children are more than five times more likely to drown than white children, according to the Centers for Disease Control.

"I always had the fear of water. So that's what kind of stopped me from getting into the water," said Tekisha Whitehead, a mother of two African-American boys.

Even though Whitehead doesn't know how to swim she decided her sons would learn the skill. She signed them up for the new $5 dollar swim classes offered by Milwaukee Recreation through an American Red Cross grant.

Our partners at the Milwaukee Neighborhood News Service reported on the $5 swim class targeting the underprivileged area of the city, particularly on the north side.

According to the USA Swimming Foundation 64-percent of African-American children and 45-percent of Hispanic children have little to no swimming skills. On top of that, the drowning rate for black children ages 5-19 is more than five times higher than whites kids.

"We are a city surrounded by water and we want all individuals to be safe in and around the pools," said Shareef.

Shareef said you are never too old to learn to swim. Whitehead is just watching classes today but the Milwaukee mom is also taking lessons. She wants to be able to swim along with her sons.

Registration for a new round of $5 swim classes opens again in March. The classes are offered at James Madison High School, Milwaukee High School of the Arts, North Division High School and Vincent High School.