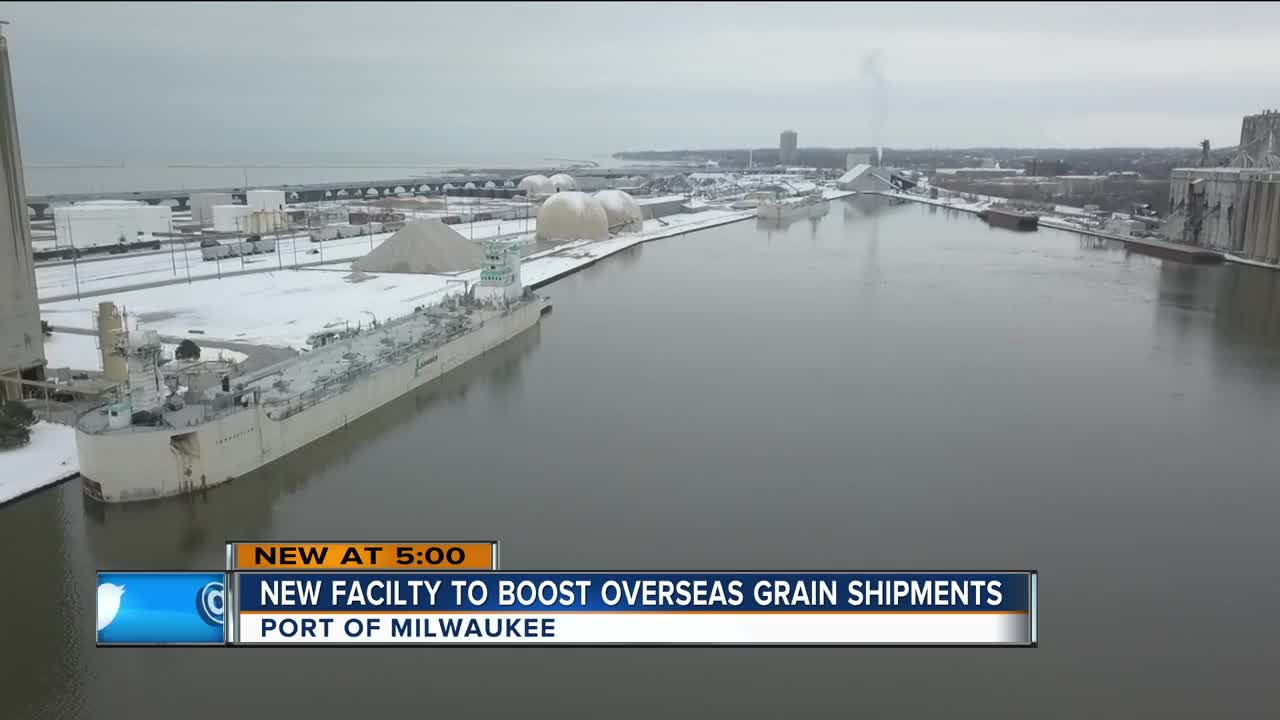 A major new development is coming to the Port of Milwaukee. City leaders said a $31 million agricultural export facility will help farmers ship their goods around the world.

A major new development is coming to the Port of Milwaukee. City leaders said a $31 million agricultural export facility will help farmers ship their goods around the world.

An abandoned building at the Port of Milwaukee will soon be torn down to make way for a massive grain export facility. Farmers say it could have a big impact on getting top dollar for their goods.

The Port of Milwaukee will soon ship huge quantities of dry distilled grain thanks to the largest one-time investment at the port since it opened to international shipping 60 years ago.

"The local taxpayers will benefit which is something," said Milwaukee Mayor Tom Barrett.

Mayor Tom Barrett announced Thursday morning that the city received a $15.9 million grant from the federal government to help make it happen.

"This public-private partnership is going to allow us to again, elevate the status of the port, have considerable new construction on the western part of Jones Island and allow us to create more jobs," Barrett said.

Barrett said The DeLong Company of Clinton, Wisconsin will be the tenant of the facility to ship grain for animal feed across the world.

It's welcome news for farmer Troy Wendorf who grows corn, wheat, and soybeans for grain just north of Oconomowoc. Some feeds his dairy cows, but the rest goes to market.

"It's pretty exciting because the soybean demand and corn demand needs to increase," he said. "More demand creates higher prices."

Wendorf knows all too well times are tough for Wisconsin farmers. He said grain producers aren't an exception.

"Every day is a changing day, you know, as to prices," he said.

Wendorf believes having an export facility at the Port of Milwaukee will only help find new opportunities overseas.

"You get them in the water there in Milwaukee they can go anywhere from there," he said.

The Port of Milwaukee director says the new facility will be open for business in 2 to 3 years.