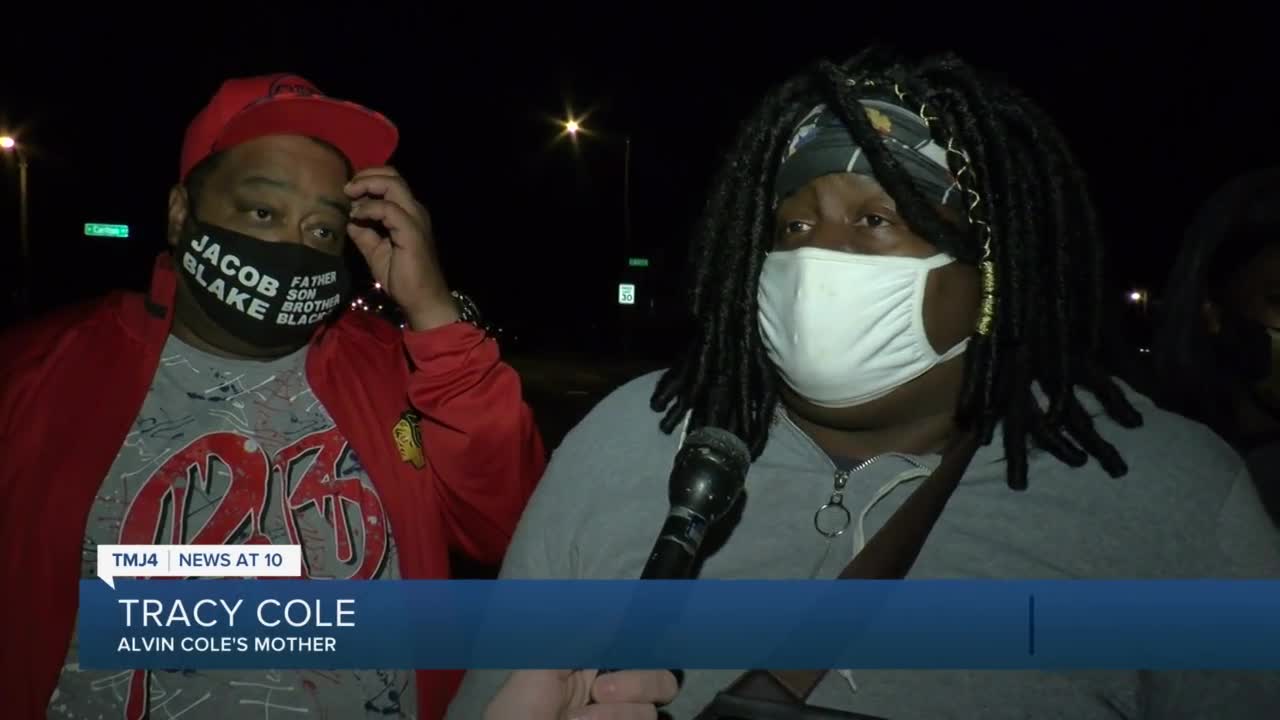 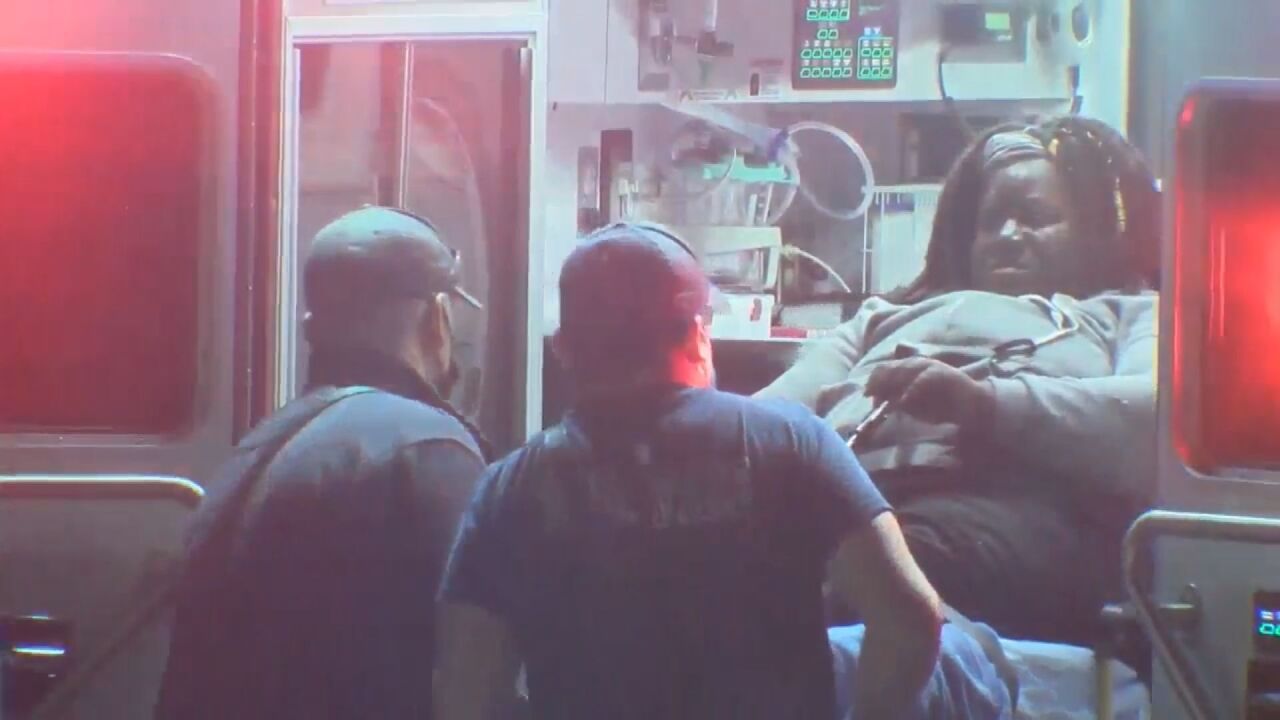 WAUWATOSA — Alvin Cole's mother, Tracy, and his two sisters were arrested by law enforcement during protests over Alvin Cole's killing Thursday night. Tracy was brought to Froedtert Hospital with an injury to her arm, but has since been released.

Alvin Cole was shot and killed by Wauwatosa Police Office Joseph Mensah at Mayfair Mall last February. On Wednesday, the Milwaukee County District Attorney decided to not charge Mensah in the shooting.

Cole's family, including Tracy and his sisters, made an emotional plea for justice following the decision. They met with the DA just before the decision was announced.

Tracy and her daughter Taleavia Cole were participating in the protest Thursday night before Wauwatosa Police made several arrests for breaking the city’s curfew order.

BREAKING: Tracy Cole is now OUT of the hospital after being arrested while protesting @WauwatosaPD. She is protesting on behalf of her son, #AlvinCole, who was shot and killed on Feb 2 by now-suspended officer #JosephMensah

Here is what she, and atty. @KimMotleysLaw had to say. pic.twitter.com/EzW0v6SYdX

Motley tells TMJ4 that they want people to understand how avoidable this could’ve been had Officer Mensah been off the force.

The Milwaukee Alliance Against Racist and Political Repression says Jacob Blake, Sr. (the father of Jacob Blake) was arrested with Alvin Cole's mother and two sisters. Wauwatosa PD said in a tweet Friday that Blake Sr. was not arrested Thursday night.

They demanded that law enforcement release them immediately and that the officers involved in their arrest be held accountable for "excessive force."

The group also demanded medical expenses brought by Tracy's injury, which required hospital treatment Thursday night, be covered in full by the City of Wauwatosa.

TMJ4 News spoke with Tracy and Taleavia just a couple hours before Tracy was detained and taken by ambulance to the hospital.

Although Cole is frustrated by the setback in her pursuit for justice, she said there’s still plenty to fight for.

“We need justice, they’ve been playing with us too long,” Cole said.

When it comes to the protest activity in Wauwatosa, Cole’s sister Taleavia said marches need to continue.

“Make some noise, somebody’s got to listen,” she said.

Thursday brought another night of police and the National Guard swarming the streets. When TMJ4 News asked Tracy Cole whether protesters should remain peaceful, she replied, “It is what it is. I can’t say. All of this is they’re tired of the system. They’re tired of police brutality.”

Jacob Blake’s father joined the Cole family at the protest to say enough is enough.

Blake Sr. shared his anger and protested in unity.

“How can you kill three people and it just goes away?” Blake Sr. questioned. “You just kill people, that’s OK? I don’t care what color you are. That’s not alright. And then to be backed up by the DA,”

Cole’s family said they’re now anxiously awaiting a decision from the Wauwatosa Police and Fire Commission about whether Mensah will be able to stay on the force.