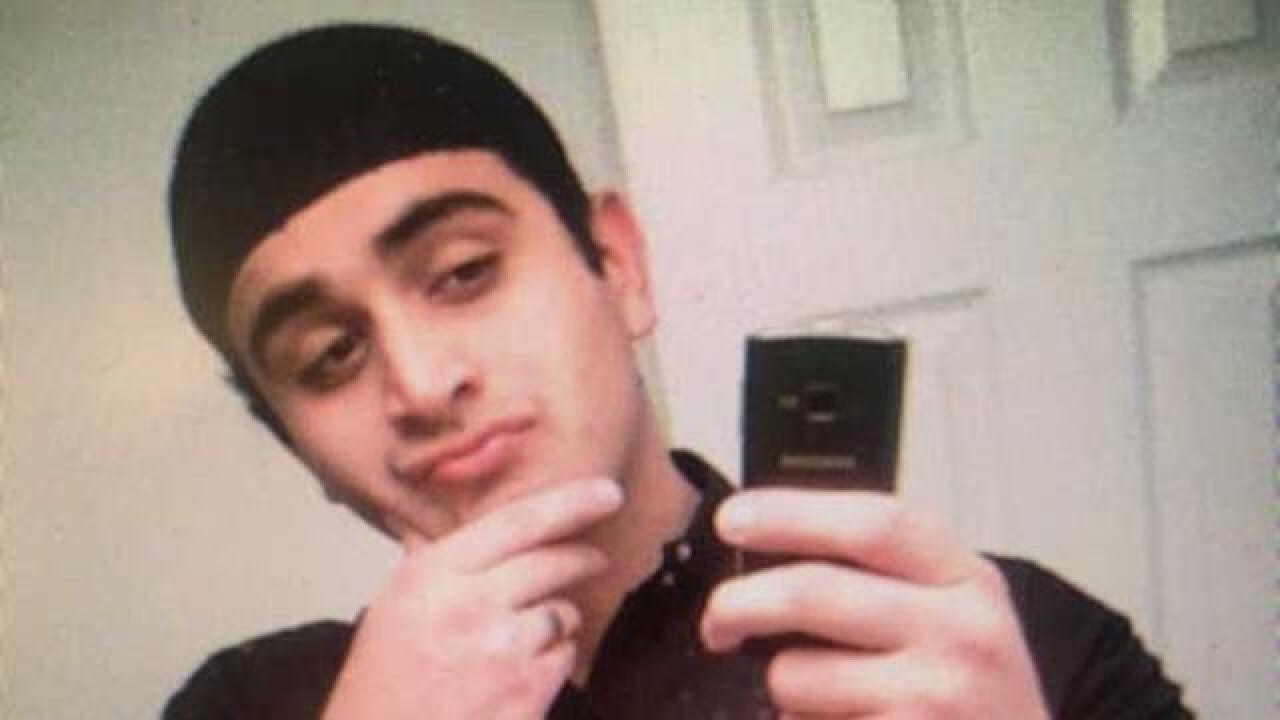 Omar Mateen’s former police academy classmate says he believes Mateen was gay and even asked him out on a date, reports WFTV.

The classmate said Mateen and his peers would frequently hang out, sometimes at gay nightclubs, WFTV said.

Los Angeles Times reports that Mateen went to the Pulse nightclub as many as a dozen times before the rampage.

As previously reported  by TODAY'S TMJ4, Mateen, who authorities say is responsible for the worst mass shooting in U.S. history, had an accomplice who is going to be arrested soon,  WFTV  also reports.

Authorities says Mateen is responsible for killing at least 50 people and injuring dozens of others at a crowded Florida night club Saturday night.

Sources tell WFTV that law enforcement will make an arrest within the next few days of someone who helped Mateen carry out the shooting.

President Obama is expected to visit Orlando on Thursday to pay his respects to the victims.

The President will “stand in solidarity with the community as they embark on their recovery," says John Earnest, White House press secretary in a written statement.

All 49 victims have now been identified, according to  city of Orlando officials.

Mateen, 29, was armed with an assault-type rifle and a handgun when he opened fire inside, said Orlando Police Chief John Mina.

Mateen was employed as a security guard with G4S and worked in Palm Beach in 2012. He had originally hoped to become a law enforcement officer. Mateen's ex-wife tells the Washington Post that he beat her repeatedly while they were married.

She apparently met Mateen online about eight years ago and decided to move to Florida and marry him. The ex-wife, who wasn’t named in the report, says at first the marriage was normal, but then he became abusive.

"He was not a stable person," his ex-wife said.

After his divorce he became more religious, the Post reports, noting that several years ago went on the pilgrimage to Mecca in Saudi Arabia.

President Obama said the Orlando night club massacre was "an act of terror and an act of hate."

"This is clearly an act of terrorism," Florida Gov. Rick Scott said during an earlier press conference Sunday.

Mateen called 911 around the time of the attack to pledge allegiance to ISIS and mention the Boston bombers, according to a U.S. official.

Among those injured, nearly a dozen police officers, reports The Daily Mail.

It was initially estimated that more than 300 people were inside Pulse, a gay nightclub in downtown Orlando, when the gunman opened fire, officials tell the Orlando Sentinel.

Around 5 a.m. Sunday morning, authorities sent in a SWAT team to rescue the hostages.

The FBI is taking the lead on the investigation, according to Florida Sen. Bill Nelson.

Nelson said FBI Special Agent Ron Hopper  is in charge of the investigation. Special Agent Hopper said there was no further threat to Orlando or the surrounding areas.

Meanwhile, Orange County, Fla. is under a state of emergency as local, state, and federal agencies continue their investigation.

Back in Wisconsin, Sen. Ron Johnson who serves as chair of the Senate Homeland Security and Governmental Affairs committee issued a statement Sunday morning.

“My thoughts and prayers are with the victims and their families and the brave men and women who risked their lives to save others. My committee will work to support the federal role in investigating this terror attack and protect against further threats. As Americans we must united to defeat terrorism’s threat to our nation’s security,” Sen. Johnson said.

"My heart is heavy as we learn more about the horrific attack in Orlando, which was both an act of hate and an act of terror. Our LGBTQ friends, neighbors, and all Americans have the right to feel safe and secure, and should never need to fear threats of violence."

Gov. Scott Walker tweeted, "Tonette and I extend our prayers to those killed and attacked in Orlando and to their families and loved ones."

“My heart aches over the tragic events that took place last night in Orlando, Florida. As details about this horrific incident emerge — including the background of the perpetrator — make no mistake, this was indeed an act of terror. This savage act was carried out in an effort to intimidate and terrify our LGBT brothers and sisters. This senseless loss of life transpired in a club that was meant to be a safe space for an already vulnerable group of Americans, but we must never forget that an attack on the LGBT community is an attack on all of us. As we mourn for those whose lives have been touched by this act of barbarism, we must do everything in our collective power to put an end to the attitudes and behaviors that help cultivate a society where such hate can come to fruition. Today, Milwaukee stands with the City of Orlando and our nation’s LGBT community.”

Milwaukee Pride called the act a "hate crime," and issued the following statement.

"We are horrified by last night's heartbreaking hate crimes in Orlando. Our love and support goes to the victims, survivors, their friends and families. We are furious about this senseless violence. This act of terror sought to erase our community during a month of national ?#‎LGBT? celebration. We will never be erased. We will never be silenced. Honor our brave fallen. ?#‎LiveProud?. Always."

“I join Americans in praying for the victims of the attack in Orlando, their families and the first responders who did everything they could to save lives. This was an act of terror. Law enforcement and intelligence agencies are hard at work, and we will learn more in the hours and days ahead.  For now, we can say for certain that we need to redouble our efforts to defend our country from threats at home and abroad.  That means defeating international terror groups, working with allies and partners to go after them wherever they are, countering their attempts to recruit people here and everywhere, and hardening our defenses at home. It also means refusing to be intimidated and staying true to our values. This was also an act of hate.  The gunman attacked an LGBT nightclub during Pride Month.  To the LGBT community: please know that you have millions of allies across our country.  I am one of them.  We will keep fighting for your right to live freely, openly and without fear.  Hate has absolutely no place in America. Finally, we need to keep guns like the ones used last night out of the hands of terrorists or other violent criminals.  This is the deadliest mass shooting in the history of the United States and it reminds us once more that weapons of war have no place on our streets. This is a time to stand together and resolve to do everything we can to defend our communities and country.”

In a second and unrelated shooting in Orlando this weekend, a gunman shot and killed a singer, Christina Grimmie, who rose to fame after appearing on "The Voice."

Chief Mina said that suspect has been identified as 27-year-old Kevin Loibl of St. Petersburg.

CNN and The Associated Press contributed to this report.