Ald. Johnson says son is scared in their neighborhood after vehicle shooting 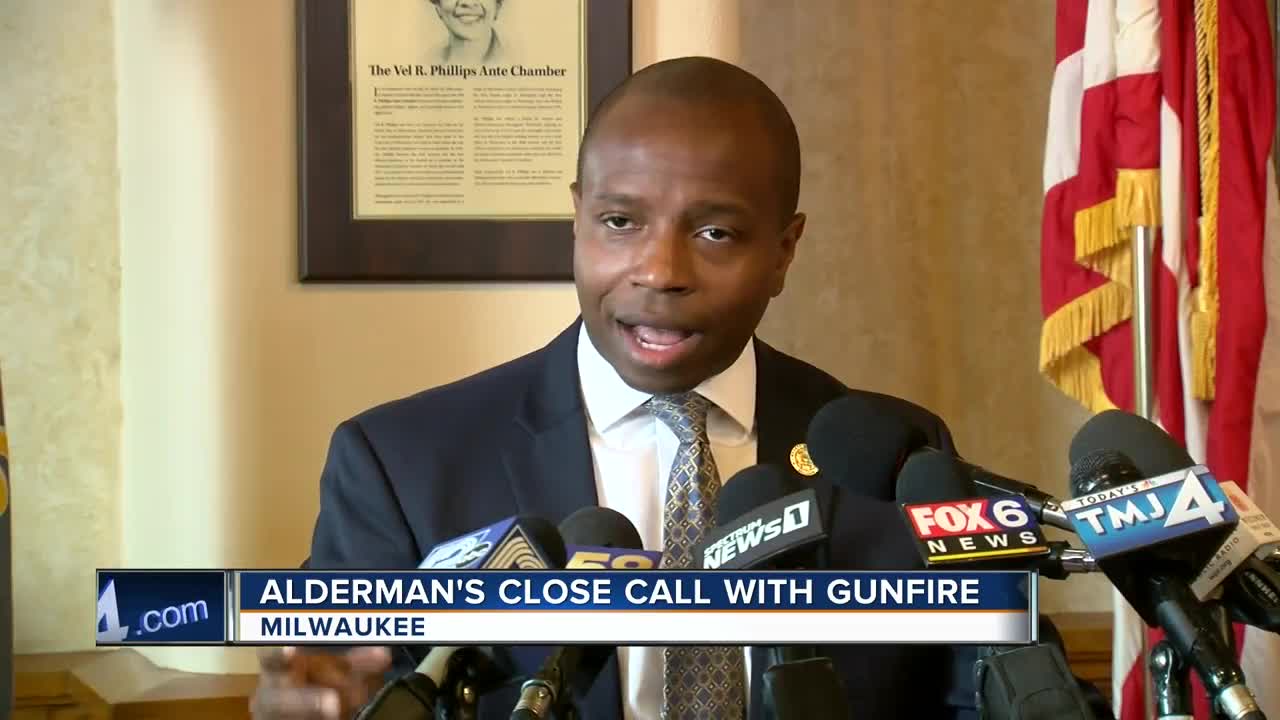 According to Johnson, the casings landed on his property and the trunk of his car was hit. No one was physically hurt, but he's already seeing the impacts on his family, especially his 9-year-old son. 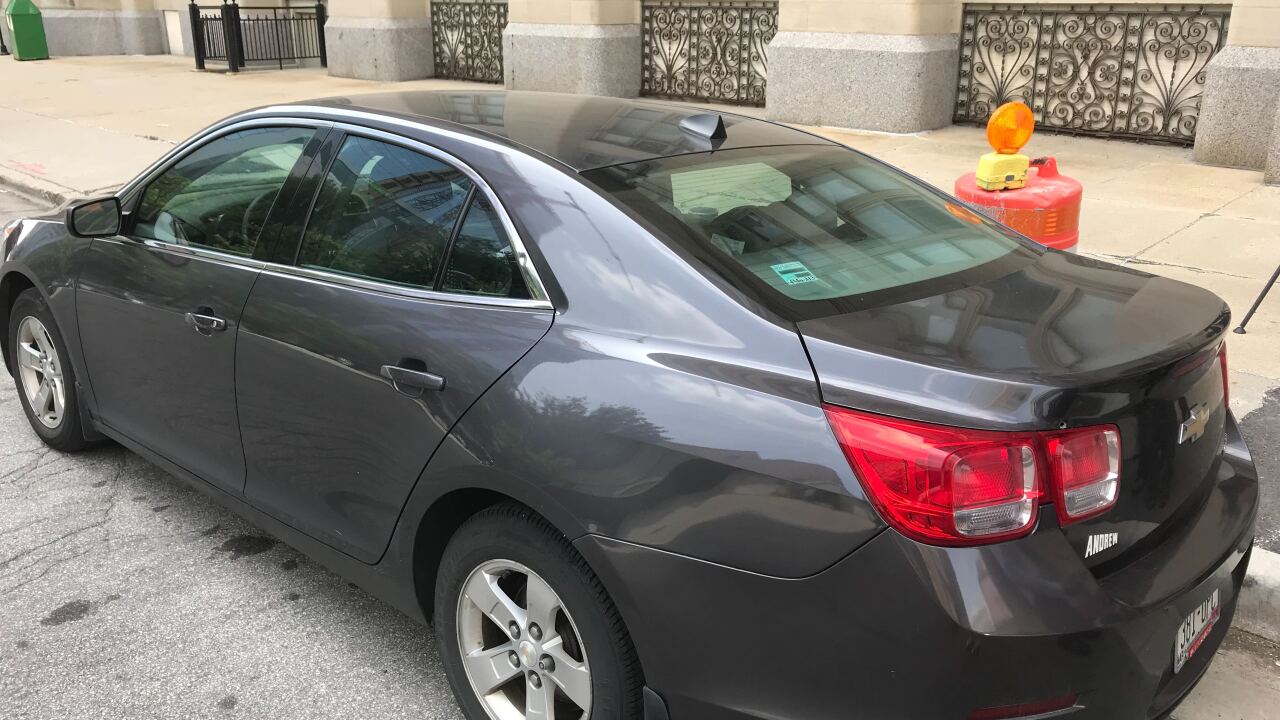 He says he heard two shots fired outside of his home around 4:50 p.m.

"I was sitting in the living room of my home and heard them loud and clear," Johnson said. "I wasn't shocked as much as I was angry that my 9-year-old son, who plays catch outside, rides his bike and plays in the snow, had to hit the floor."

According to Johnson, the casings landed on his property and the trunk of his car was hit. No one was physically hurt, but he's already seeing the impacts on his family, especially his 9-year-old son.

"[My son], asked to sleep with us last night," Johnson said. "He was afraid in his own home, in his own neighborhood. A place he plays regularly outside, including with me. He's afraid to go outside and ride his bike because someone decided to go out and shoot guns in our neighborhood."

He says Milwaukee Police are investigating but do not have a suspect right now.

As an aderman, Johnson can't do anything about gun laws in the area. However, he is urging the state's lawmakers to take action.

"Somebody pulled a trigger on my property yesterday," Johnson said. "But somebody could pull a trigger on anybody's property in this room today or tomorrow. This isn't an isolated incident in my neighborhood. This happens all over. It doesn't need to, but in order for it to not, we need our leaders to stand up and they refuse to do it."

He also says it's what the people all across the state want. Citing a Marquette Law School poll from last year, 80% of Wisconsin residents were in favor of extending background checks to private gun sales and 56% favored banning assault-style weapons. There was no indication of what weapon was shot outside of Johnson's home, but he believes the alleged shooter did not have the gun legally.

"As far as I can tell, the gun was not acquired legally," Johnson said. "I don't think people who are law-abiding citizens, gun owners, fire shell casings on someone else's property and leave the scene without telling the property owner what happened, contacting the police themselves and making a record of discharging their firearm."

Today's TMJ4 contacted Republican state lawmakers and the National Rifle Association for comment about Wisconsin's gun laws but at this time, no one released any new comments.

Sen. Ron Johnson commented with a statement from earlier this month after two mass shootings saying in part, "Although there are no quick fixes guaranteed to prevent future tragedies, I believe there are effective, bipartisan actions that can be taken."

Cavalier Johnson, knowing full well the limits he has as an alderman, says he will continue fighting for this issue.

"Do I think writing a resolution to Madison is going to solve the problem? No," Johnson said. "I think fairer maps will. I don't have the power to change state law. We can write resolutions from the council floor and send it to Madison until we're blue in the face but what it takes is for leaders to stand up and take that to heart and do something about it."

Ald. Johnson is up for re-election in 2020 but says he won't be running for a higher position within the state yet.

"I'm not going to run for Congress," Johnson said. "I've been in office for just almost a term here. My focus is to run for re-election in 2020, that I will do. After that in 2024 or beyond, who knows. This is certainly an issue that's important to me. It's not one I'm going to let go idly by into the night."

Here is a full statement on the incident from Ald. Johnson:

In communities across America and indeed in our state, gunshots ring out hourly grazing, maiming, and killing citizens of all ages, colors, and faiths. In rural areas, suicide by gun has cut short the lives of far too many. In cities, the blight that some have referred to as slow motion mass murder has altered countless lives. As normal as it may seem, it isn’t — or at least it shouldn’t be.

Still, because of inaction, woeful indifference, or a decades long misunderstanding by our elected leaders at the state and federal levels of the need to reform who can access deadly weapons and when, our fellow citizens continue to be mowed down by a barrage of bullets.

In cities across the United States (and Milwaukee is no different), too many youth have learned to be lulled to sleep by the sounds of gunfire. In fact, over the years, too many people and especially too many children have grown so accustomed to the sound of gunfire that they don’t hit the floor and don’t think to call the police.

Yesterday, at 4:50 p.m. as I was home with my three young children, I did call 911 to report gunshots that were uncomfortably close. When officers arrived and showed me just how close the bullet casings were I was shocked. I was even more shocked to learn during MPD’s investigation that my car was struck by gunfire. And like too many parents here and across this state, I wasn’t shocked as much as I was angry that my nine-year-old son who plays catch outside, rides his bike, and plays in the snow, had to hit the floor. He was frightened in his own home. He was scared in his own neighborhood because of someone else’s reckless actions with a gun.

With the exception of emotional trauma, I’m relieved that no one was hurt.

What’s even more insulting to victims of gun violence and concerned parents in Milwaukee and throughout our state is that there are laws on the books allowing people with known criminal history but only misdemeanors to continue having access to guns -- all the while this state’s highest level leaders in the Assembly and the Senate push back and resist common sense reforms.

Instead of delivering the action that Wisconsinites want, these leaders — from within the security of their safe gerrymandered cocoons, hatched a plan to instead spend $100 million hardening schools as targets. So while the market is now selling bulletproof backpacks and school children like my son across this nation have to practice code red drills to prepare for an active shooter — the legislative leadership in this state seems to refuse to even acknowledge that the elephant in the room is that people who should not have guns in the first place, have too easy access to them under current law. They refuse to even try doing something different.

You can protect one person’s second amendment rights and another’s life and liberty — those actions are not mutually exclusive.

Like my son, Wisconsin’s next generation isn’t just watching and listening. They are living through this. They are experiencing this. And they know that there are adults who could protect them but choose not to.

And whether they live in Milwaukee, Burlington, Juneau, or beyond, no kid deserves that.