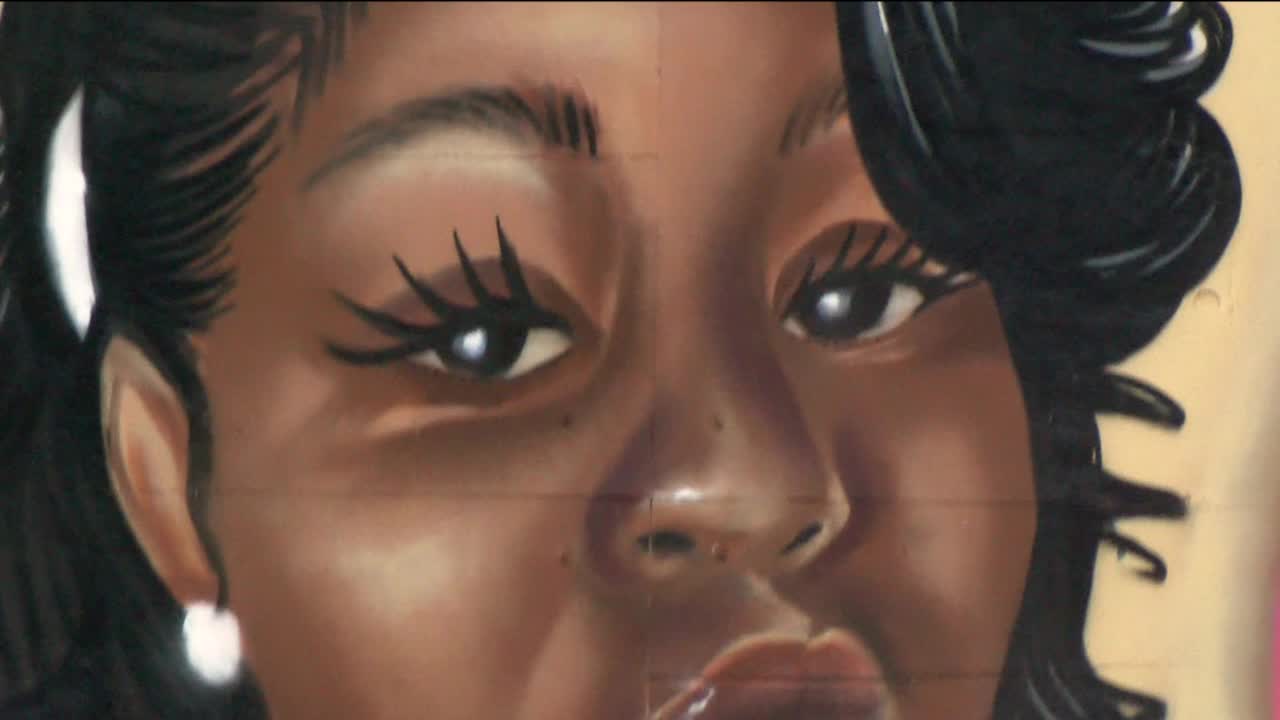 TMJ4 News heads to Whitefish Bay where some found it hard to talk about Breonna Taylor and Black Lives Matter. But activists say they need an ally in such communities. 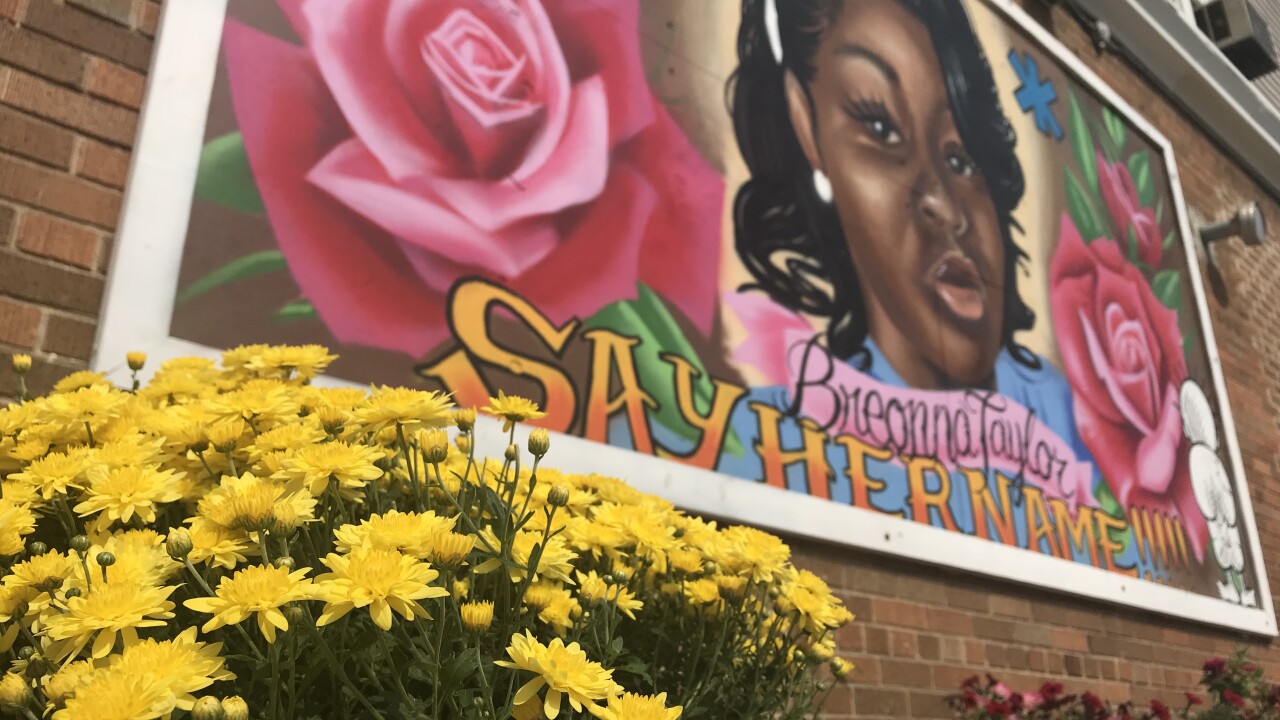 These are the words a panel of African American women shared today during a discussion with FUEL Milwaukee. The words represent how they’re feeling after the decision to not criminally charge any of the Louisville officers who killed Breonna Taylor.

Biddle holds these virtual conversations every Thursday as part of an ongoing series called Race Bridge. She had a different topic planned for this week but scrapped everything to talk about this latest news. For over an hour, the women expressed why this was yet another gut punch to them from a system they feel doesn’t value their lives.

“This wall behind me is valued more than the blood that runs through my veins,” a Milwaukee activist said during the panel discussion. “Yeah. Enough.”

"A lot of white folks are pretending they can’t see because, even when you explain to them ad nauseam, or they see example after example,” Biddle said. “I don’t know if it’s cognitive dissonance. I say, there’s no way you don’t see this.”

After months of an incredible amount of diverse support, marching in the streets of Milwaukee and nationwide, calling for change and an end to racial injustice, it left questions about how that support hasn’t changed the outcome for police that they've become familiar with.

White allyship is arguably as high as ever before. The protesters, who are entering their 119th day of marching, were an incredibly diverse bunch starting in late May after George Floyd was killed in Minneapolis. In these marches, chants are bound to pop up.

We were met with a number of people showing support for the movement. Feeling sorrow for Breonna Taylor and her family. Overall, wanting change.

However, almost none were willing to go on camera or state how they feel publicly.

Their messages of support were followed by,

Some were willing to talk.

“The demand for justice is really important,” Burns Healy of Whitefish Bay said. “I absolutely support the protests.”

Healy felt compelled to talk about Breonna Taylor. He approached TMJ-4 and started the conversation. However, he knows not everyone may feel so comfortable doing so.

Another woman expressed opposition to the claims of support heard otherwise. She too did not wish to have her name or likeness shown.

“I think what happened to her was tragic,” She said. “But I also think that the police did what they are hired to do.”

Without willing to share their feelings publicly, these two sides can not come together to discuss. Getting out of their comfort zones and speaking out publicly is exactly what people of color say they need. They need allies, especially in times like these.

"How do we pull other people into that?” Khalil Coleman, one of the founders of The People’s Revolution said. “People have to be compassionate and empathetic to the struggle and to the fight of justice for others in order to get them involved. Until people do that, there will always be a gap.”

Coleman and The People’s Revolution have marched every single day in and around Milwaukee calling for racial justice for months. Those marching alongside him have been diverse, but so are those behind the scenes.

“In Wauwatosa, we’re working with Tosa Together, Indivisible Tosa and Mothers Against Racial Injustice,” Coleman said. “That’s a coalition who are our white allies. They are working to write letters, phone calls, supporting with supplies, being a resource to attorneys and lawyers. That’s where a lot of support has gone instead of being on the front lines.”

Coleman says, he understands why white people may not be as willing to share their feelings on the matter publicly. He believes the portrayal of the protests by the media are to blame for people not coming forward to support their cause.

Coleman says the overabundance of videos showing violence and destruction during unrest is not reflective of what he sees during protests. He says, it’s all love among the protesters. He hopes, even though folks aren’t willing to go on television to share their opinions about the movement, they’re doing so among family, friends and co-workers to help other people understand the protests may not be what they think they are.

It’s a message Coleman hopes is heard by people like the unnamed woman in Whitefish Bay who felt police in Louisville should not face charges.

“Honestly, I find it annoying because, where I live, the protesters are on top of cars,” She said. “They’re in the intersection going around in circles. They’re screaming. If it was a protest, like a protest should be, I’m not an expert by any sense of the imagination, but I know what I see. I find that more to an annoyance than anything.”

“I think the media has done damage in a lot of ways,” Coleman said. “In terms of separating the message, making it just a Black Lives Matter thing or making it that, protests are not peaceful because horns are blowing and things of that nature. I think it caused a lot of people to fall back and really support in a more silent way.”

Coleman still feels the support is there but he knows passion may feign over time. But he knows he’ll always be there and hopes he can have as many white allies next to him as he’s had in the past few months.

“I think a lot of it is, how many people will continue to stand up when trending dies? When it’s not popular anymore? When it’s not the cool thing to do?” Coleman said. “This might fizzle out but the next movement is yet to come.”