Protesters march onto I-94 and through Milwaukee, calling for justice for Breonna Taylor 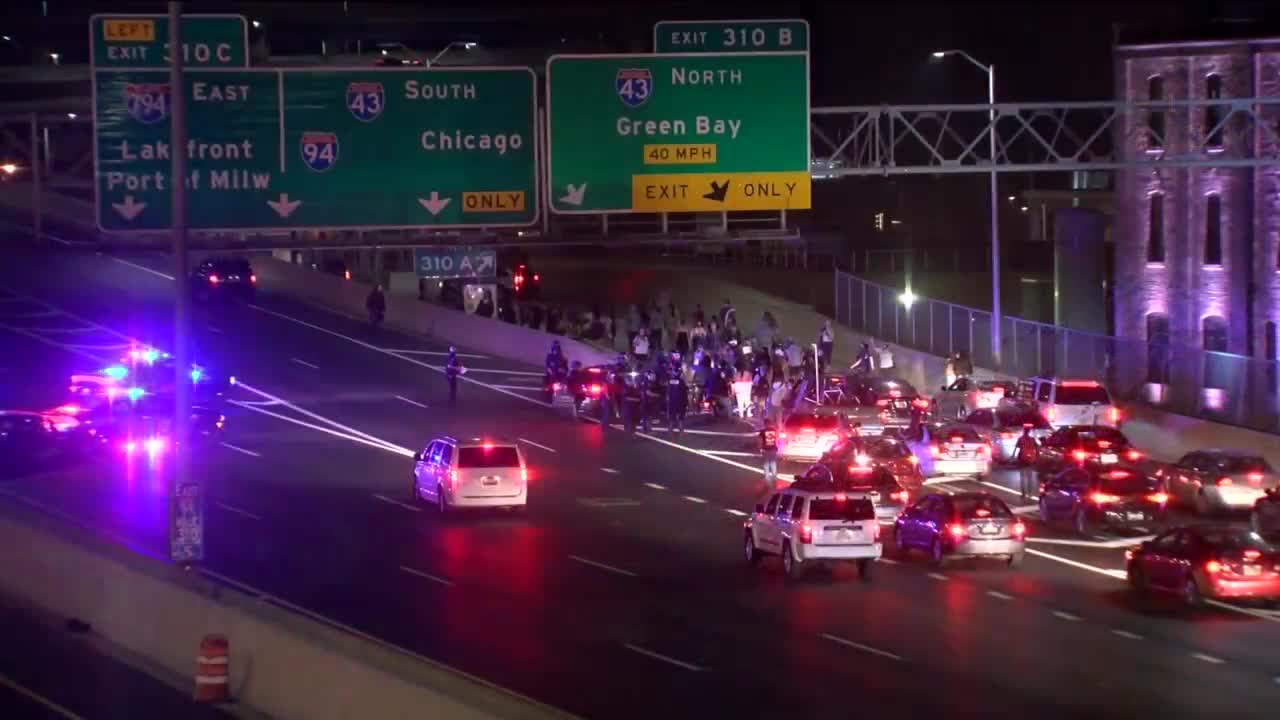 Dozens of protesters marched along I-94 in downtown Milwaukee Wednesday night, where they called for justice for Breonna Taylor. 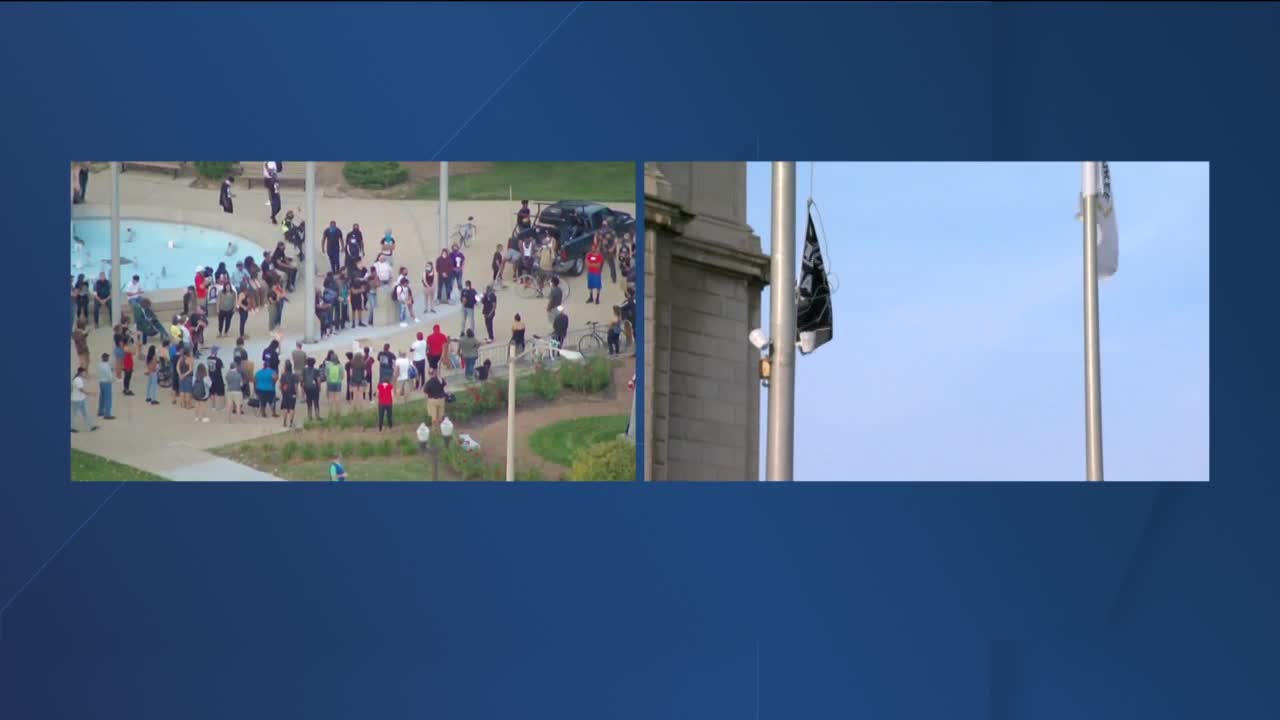 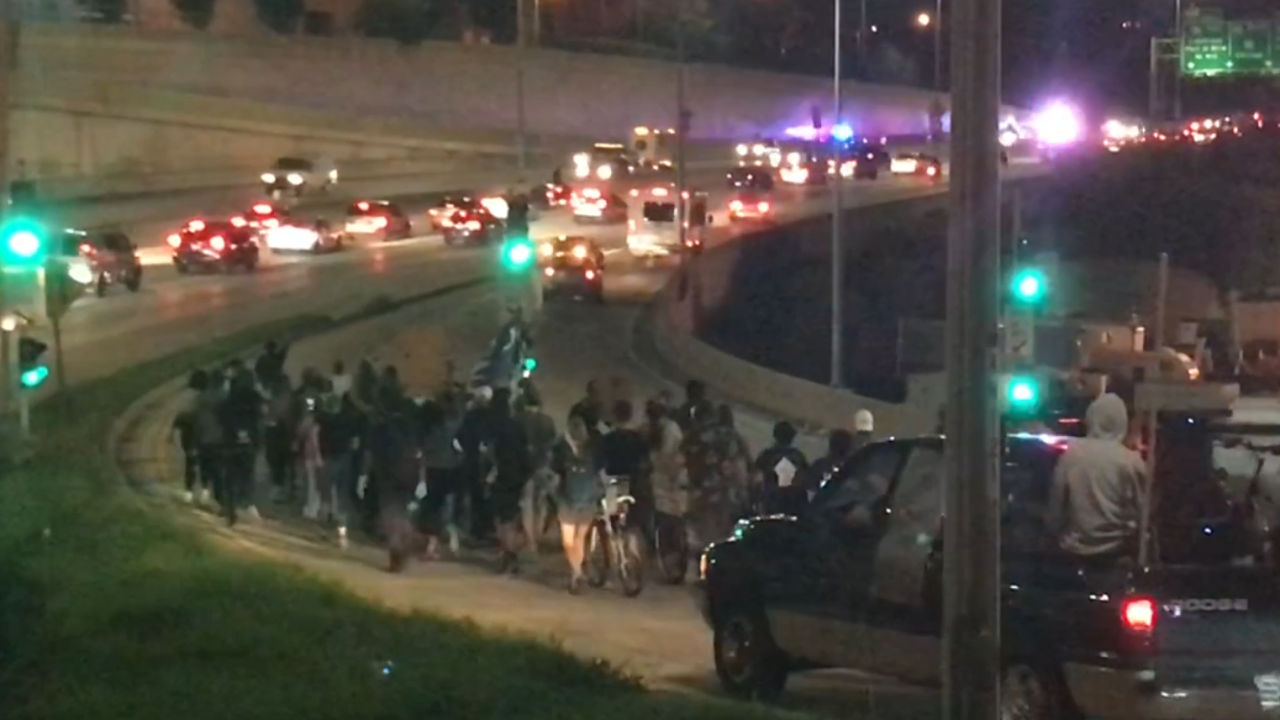 MILWAUKEE — Protesters marched along I-94 and through downtown Milwaukee Wednesday night, where they called for justice for Breonna Taylor after a grand jury decided that no Kentucky police officer would be charged in her killing.

The march on the freeway drew a massive response from law enforcement, as deputies tried to keep traffic away from the protesters.

Reports emerged that law enforcement had deployed tear gas against protesters on the freeway, but the Milwaukee County Sheriff's Office tells TMJ4 "they deployed smoke for Deputy safety purposes."

Around 8:30 p.m., protesters marched off I-94 and onto Wisconsin Avenue in downtown Milwaukee. From there they marched up North Water Street on the city's lower east side.

Traffic on the freeway has since resumed.

Protesters appear to be heading toward Green Bay exit which loops back near MKE Co. Courthouse where group started pic.twitter.com/JtQ2J4Kbre

Here’s a look at the traffic jam behind them. Cars stalled as far as the eye can see. pic.twitter.com/dRmjv9PTz8

Officers in riot gear are in front of the protesters. Slowly backing up as group keeps marching eastbound on I-94 @tmj4 pic.twitter.com/zA4eGTCavi

Earlier on Wednesday, protesters rallied outside the Milwaukee County Courthouse, just after the decision was made regarding the Kentucky police officers.

Dozens of people could be seen chanting, holding signs and calling for justice for Taylor.

It also appeared from video that an American flag had been taken off a flag pole and set on fire. What looked to be a Black Lives Matter flag was then raised in its place. A new American flag was later raised back up the flag pole.

There was a law enforcement presence around the courthouse, but no arrests or issues between officers and protesters were reported.

From there, the protesters marched downtown.

A grand jury announced Wednesday that none of the three officers involved in the police killing of Breonna Taylor would be indicted on homicide charges, including murder or manslaughter.

Instead, one of the officers, Brett Hankison, is being charged with three counts of first-degree wanton endangerment for firing into the apartments of Taylor's neighbors. The class D felony is punishable of up to five years in prison and a fine of up to $10,000. Hankison's bail is set at $15,000 cash bond.

During a press conference, Kentucky Attorney General Daniel Cameron said the state could not pursue charges against Mattingly and Cosgrove, because their use of force was “justified to protect themselves” after being fired upon by Taylor's boyfriend, Kenneth Walker.